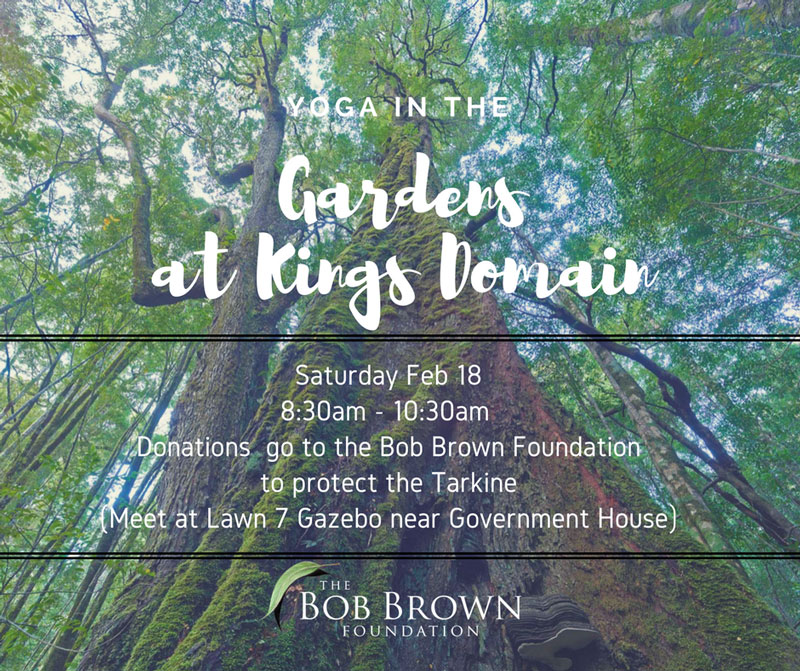 This yoga class is open to all levels from first time yogis through to advanced. Come practice in the fresh air of the Kings Domain, Melbourne in a grounding and joyful vinyasa flow that will incorporate mindful connection between body, movement and breath and a guided meditation.

Our intention through the practice will be to connect to our body, open our hearts, followed by compassionate action for the protecting Tasmania’s Tarkine.

This practice will run for an hour followed by a letter and postcard writing activity to Josh Frydenberg our Environment Minister, calling to protect the Tarkine, a World Heritage Area in waiting.

Please meet on Lawn 7 which is in front of Government House between Linlithgow, Birdwood and Alexandra Avenues. Refer to the map graphic for a visual. 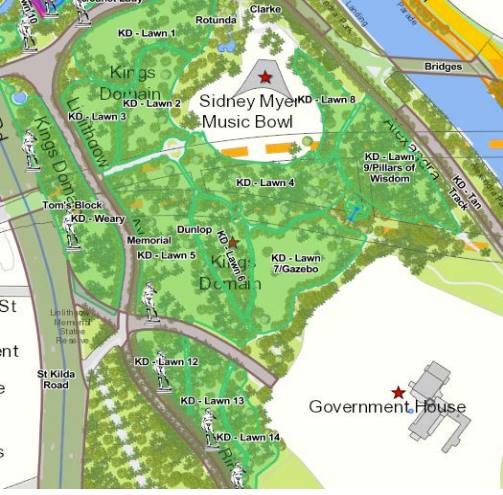 WHEN
February 18, 2017 at 8:30am - 10:30am
WHERE
The Gazebo on Lawn 7 near Government House
Between Linlithgow Birdwood and Alexandra Avenues
Kings Domain
Melbourne, Victoria 3004
Australia
Google map and directions