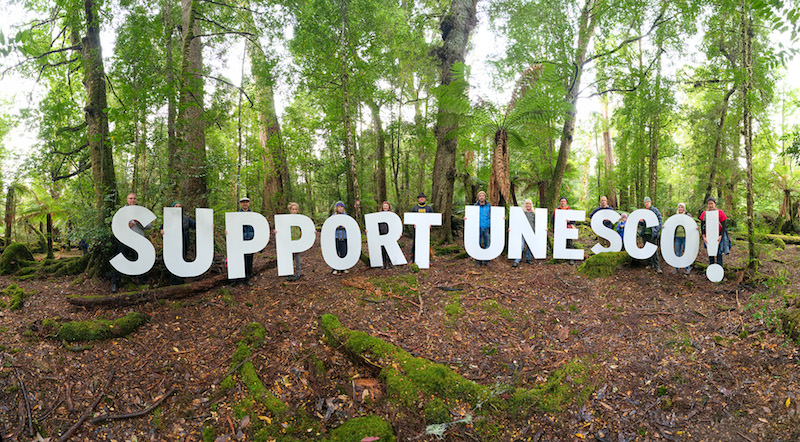 “The Australian Government cannot be trusted to do the right thing for the globally significant World Heritage Area in Tasmania. The Bob Brown Foundation fears that despite recommendations by the most credible international experts on cultural and natural values, the Australian Government will continue to pursue this deeply unpopular proposal,” Jenny Weber said.

"It is vital that the community continues to build a campaign of opposition to the Australian Government’s proposal and to support UNESCO in one of the most important environmental campaigns in Australia's history."

“The tall eucalyptus forests from the far south of Tasmania through the Picton, Weld and Upper Florentine Valleys to the Great Western Tiers are not safe until the final decision by the World Heritage Committee in June."

The preliminary decision released this morning is based on the expert advice of the International Union of Conservation of Nature (IUCN) and the International Council on Monuments and Sites (ICOMOS). The final decision will be made by the 21 member countries at the 38th session of the World Heritage Committee in Qatar between 15 and 25 June.