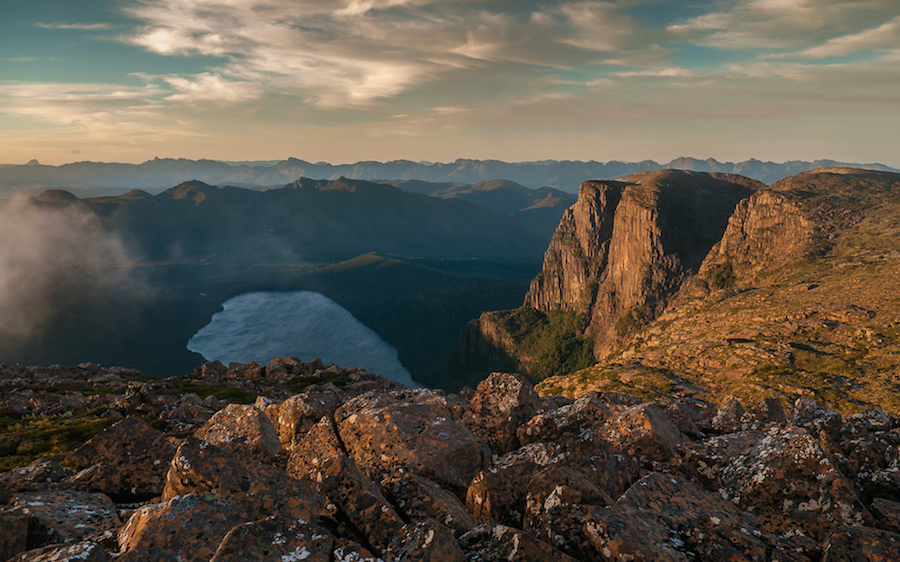 Premier Hodgman says he will remove the TWWHA management plan's protection of its core wilderness value. Wild and scenic places like Prion Beach and New River Lagoon, beautiful lakes of the Central Plateau, Lake Judd and wild Bathurst Harbour are under threat of motorised incursion and privatised infra-structure in a world where wilderness is one of the fastest disappearing natural resources. To make matters worse, the Tasmanian Labor opposition backs the plan.

Our Foundation is raising a strong defence of the TWWHA, along with other NGOs, the Greens in the State and Federal parliaments and rising international alarm.

This is a global litmus test. If Tasmania’s hard-won wilderness is to be serially eroded by profiteers, where else on Earth will wilderness survive?

Tasmania's World Heritage wilderness is no place for logging or mining. Private tourism developments should be located outside national parks in access points like Strahan, Cockle Creek and the Liffey and Cradle Valleys. Work to facilitate visitors inside the TWWHA should be undertaken by governments as in the existing management plan.

The drive for direct invasion and profit from some of the most serene places in the TWWHA is being spearheaded by Simon Currant's Tourism Council at the big end of town - key backers of the state and federal Liberal parties.

Federal Environment Minister Hunt has so far done nothing to defend the TWWHA from this impending invasion though he has the power to veto it.

You can help. Please write to Premier Hodgman or Prime Minister Abbott. Ask your local federal MHA or senator what she/he will do to defend the TWWHA. Plan a visit to the TWWHA and invite them along. Let them know this is a public heirloom, a WORLD HERITAGE wilderness, not a private money-making allotment for government-selected developers.

To back urgent action please make a donation to our Foundation: we are in full campaign mode to protect the TWWHA but much more needs to be done. Watch for new campaign materials and the upcoming public meetings in Hobart and Launceston.

Your one-off donation will lift our campaign to raise a state, national and international furore to protect the TWWHA.

A regular monthly donation will help us keep this campaign going strong until the wilderness is safe. Remember that all donations are tax deductible.   Thank you for helping.