Wilderness degradation should lead to unique label being dropped 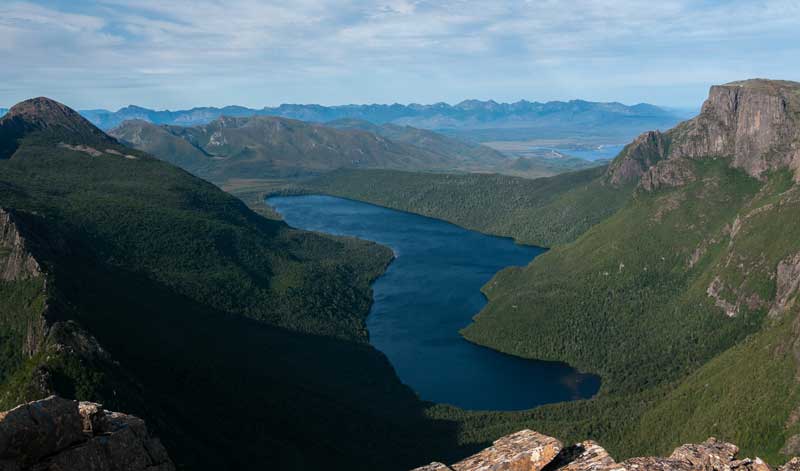 Elder environmentalist Bob Brown says the Hodgman government has set course for the ruination of the uniquely profiled Tasmanian Wilderness World Heritage Area. "This wilderness fame, more than anything, is the factor raising Tasmania's visitor numbers and tourism jobs by 10% per annum."

"Hodgman's absurd notion of jet skis in Bathurst Harbour is compounded by opening the door for the propellors of large ships to destroy the globally-significant sea floor ecosystem at the harbour's entrance as well as logging and mining in the World Heritage forests nearer Hobart."

The brigade backing the government, from Ian Johnstone to Simon Currant, has dollar signs in its eyes and believes it is able to envision tourism developments inside the TWWHA like no one else. But you don't have to be a genius to make a profit out of grabbing publicly-owned values like wilderness for personal profit. When ever did any of these profiteers do anything to campaign for protection of the wilderness of Tasmania?"

"I agree with them on one thing: Tasmania's unique status in having the only world heritage area on Earth actually labelled 'wilderness' should be thrown out if this selfish land-grab goes ahead. This will trash decades of community commitment to Tasmania's wilderness pre-eminence but if they insist and get their way, so be it. Let our beautiful island at least retain its integrity. It could be renamed the Tasmanian Once-Was-Wilderness World Heritage Area."

"I don't agree on falsely nailing Tasmania's Aboriginal community as the excuse for trashing the 'wilderness Tasmania' brand. If Minister Groom is to retain any integrity in advocating the name change on behalf of his white shoe backers then I call on him to follow up Michael Mansell's call for the whole area to be given back to the Tasmanian Aborigines. It was and would be much better off in their hands than his. I back Mansell's call."

Brown repeated his challenge to Hodgman, Groom, Johnstone and Currant to say why they are overlooking such high-quality eco-tourism potential as in the Liffey Valley, west coast of King Island or West Coast Range (or why they have not backed the idea of Mt Wellington and the Wellington Range being added to the TWWHA). "The reason is that that would involve them actually having to buy the land and it would not offer the 'world heritage' label,” Bob Brown said.

"Many Tasmanians spent days or weeks in jail to save these areas for all generations to come. This round of me-now profiteers did nothing or sneered at these green patriots. This is part of the end-game in profiteering in the planet's last natural resources. Wilderness is arguably the world's fastest disappearing natural resource but Hodgman, Groom, Johnstone and Currant are putting their selfish feet on the destruct button."