WILD magazine: The more we secure the future the more we make our own times happy 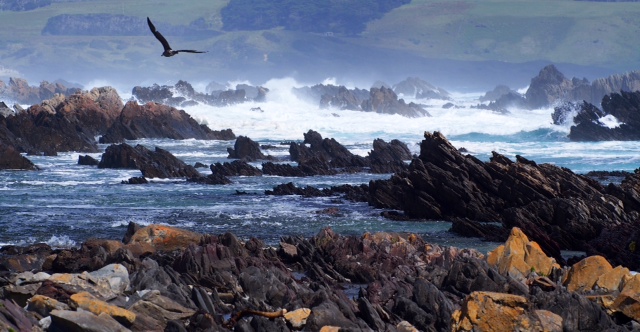 Campbell Phillips' thoughtful editorial in WILD 145 should have stimulated many debates about whether or not humanity will save the planet from itself. Or will we simply consume our way to the inevitable depletion of resources (including wilderness and biodiversity) and societal collapse which, in previous history, has occurred on a regional scale but this time will be global.

We will either gain a world-wide consensus for self-preservation through democracy or thrash out the scramble for more water, food and shelter as Earth's population tops 10 billions later this century, using guns and whatever other weaponry is available. No victors in the latter option will be left feeling good.

Local and global democracy is the way forward. As Winston Churchill put it in 1947, democracy may be full of faults but it is better than all the other tried options. The problem for planetary environmental survival is not with leaders but with voters - that is, us all. For example, in September 2012, fourteen million of Australia's 15 million voters backed candidates whose platforms included building six mega coal ports inside the Great Barrier Reef.

"0h, but they didn't know that!" I am routinely told when I quote this electoral fact. If any voter was unaware of the six coal ports policies of Labor, Liberal, National, Palmer United, and a gaggle of smaller right wing parties, it is because they did not want to know, did not look, or did not think it important. No one keeping an eye on Australian politics could have avoided knowing about the ports proposals and their immense ramifications for global warming, ocean acidification and further destruction of the Great Barrier Reef. The Greens offered  alternatives.

And no one watching the 2013 election campaign could have failed to register Tony Abbott's commitment to get Tasmania's tall forests stripped of their World Heritage status - another policy most Australians then backed at the ballot box.

When we all walk up that school path to the voting booth determined to vote for our great-grandchildren rather than ourselves we will be giving the future its rightful priority. This is not just altruism: the more we secure the future the more we make our own times happy.

Returning to Campbell's editorial, the paradox in adventure and conservation is not unmanageable unless growth economics is let rule.

Is there any non-commercial reason that some large uninhabited wild areas on each continent cannot be zoned to exclude built human residences?

One of the many tests of our collective will for the wild planet in 2015 will be the need for Australians to act to prevent the Japanese whaling fleet slaughtering 300 defenceless minke whales, many of them born in Queensland. Will most of us go about next Christmas' shopping while leaving it to the nation's minister for the environment to criticise Sea Shepherd Australia which is prepared to take action?

And will most punters back the Tasmanian and Australian governments'  intention to allow a 'gold rush' of private developers into the Tasmanian Wilderness World Heritage Area as a recent opinion poll suggests? Tasmania has a plethora of places available for eco-resorts, including my old home valley of the Liffey River, the wild west coast of King Island and rugged unprotected tracts of the West Coast Range and around the Tarkine. These sites are being overlooked because they do not have the World Heritage label.

The wilderness profiteers, almost all of whom have been carping critics of environmentalists campaigning for wilderness or World Heritage over recent decades, want the unnatural monopoly, and resale value, of building infrastructure, with motorised aerial access in previously remote and pristine places. It will be a testing time.

Anyone wanting an diversionary uplift at this stage might spend 30 minutes looking at Stanford University's Tony Seba telling us why the US will be 100 percent solar powered by 2030 at http://tonyseba.com/keynote-at-altcar-expo-100-electric-transportation-100-solar-by-2030/