Wild Magazine - BP in the Bight 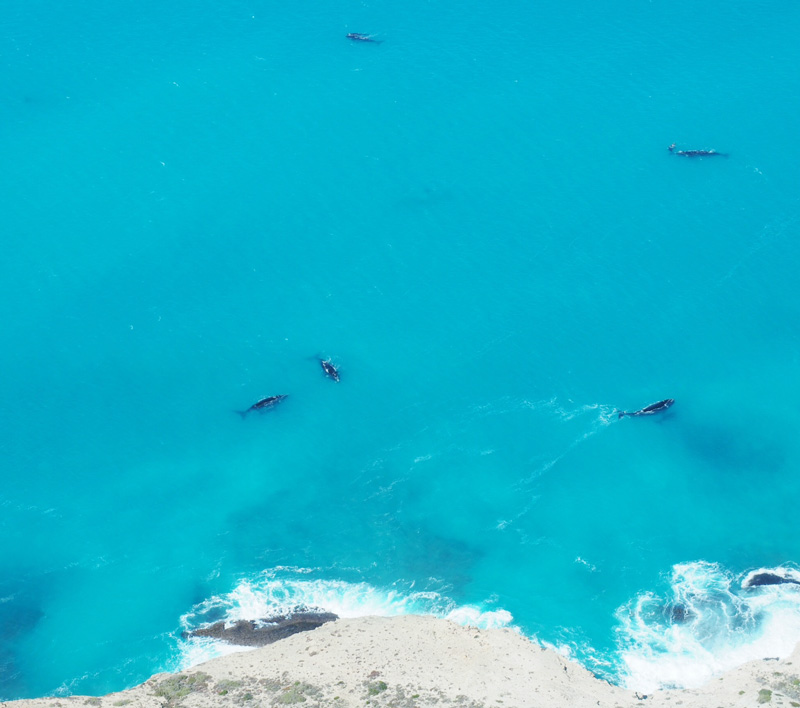 The world's biggest oil rig is now complete in South Korea and waiting to be positioned by BP smack in the middle of the Great Australian Bight in October. This huge boat - 100 metres by 75 and many stories high, with 100 people aboard - is not liable to be turned back by the Turnbull government.

The Great Australian Bight extends from the southern seaboard of Western Australia to South West Cape in Tasmania's Wilderness World Heritage Area and includes the Eyre Peninsula, Adelaide's beaches, Kangaroo and King Islands as well as the Tarkine Coast in northwest Tasmania. Yet perhaps the Bight's best-known land and seascape is the 60 metres high cliffs where the sere Nullarbor Plain falls off into the sea.

The Bight has a myriad of rare, endangered and unknown creatures from zooplankton to the mightiest animals ever to move on Earth, Blue whales. Next only to the Blue whales in size are the Southern Right whales which come to the Bight, from their summer feeding grounds off Antarctica, to calve. Humpbacks also calve near the Head of the Bight and there are many colonies of seals on this coastline including Australian sea lions which are not safe from extinction.

BP now adds this major new threat. Its oil rig follows up on the seismic (explosive) testing carried out in recent times in the search for oil and gas.

BP lost control of just such a rig in the Gulf of Mexico in 2010. Following that explosion, fire and huge oil spill which is an ongoing disaster for the Gulf's ecosystem the attempted clean-up has, so far, cost $56 billion.

In the Great Australian Bight, BP's rig will send a drill down through 2000 metres of water and some 3000 metres of the seabed below in the Marine National Park. I asked an expert how BP will anchor in such a remote wild tract of deep ocean. It can't. He presumes they will have a system of motors constantly keeping the rig in place. "What," I asked,"if a one-in-one-thousand-years storm hits the rig?" My expert had no good answer.

Perhaps that is why the National Oil and Petroleum Environmental Management Authority has twice turned down BP's application to put its drill in place. NOPSEMA's reasons have been kept secret but BP's third attempt at reassuring the agency is now under assessment and, given limitless chances, BP should succeed.

All Australians need to know what is at stake here. The Wilderness Society's South Australian campaigner Peter Owen has maps showing where a Gulf-like oil spill would go: it would wash ashore right round the Bight as well as along the Bass Strait coasts of both Victoria and Tasmania.

Sea Shepherd Australia is ending its ship 'Steve Irwin' to tour the Bight this month and I will be aboard. Our foundation is also aboard the Great Australian Bight Alliance of groups joining up to campaign for the Bight. Please join too.

Ps. The climbers are back from Federation Peak (last WILD) having succeeded in climbing the 700m northwest blade in mid-winter. Watch out for the film!