Why minding is better than mining

Adam Thompson and Ashley Murray from the Tasmanian Aboriginal Centre, economist Richard Dennis from The Australia Institute, Bob Brown, and Scott Jordan from Save the Tarkine spoke at "Developing the Tarkine’s Future – Why minding is better than mining" yesterday in Wynyard. 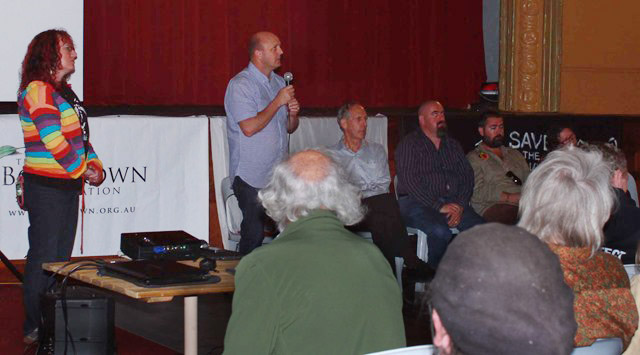 For the full story - see the media release.