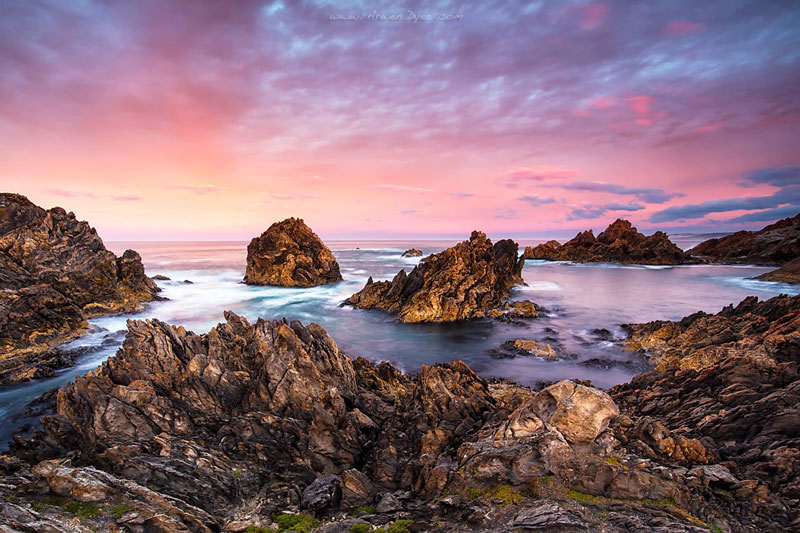 120 artists will join one of Australia’s biggest environmental arts projects next week, as they travel to Tasmania’s Tarkine wilderness with the Bob Brown Foundation.

Tasmania is home to takayna / Tarkine, a vast remote region of wild forests, including Australia’s largest tract of temperate rainforest and a National Heritage listed Aboriginal cultural landscape coastline. The Tarkine is an essential stronghold for numerous rare and endangered creatures.

The Bob Brown Foundation is leading a campaign for secure protection of 450 000 hectares of the Tarkine in a National Park, World Heritage listing and a return to Aboriginal ownership.

‘This is one of the last great wild places left on Earth and protection is urgently needed to stop the loss of its globally unique values,’ Bob Brown Foundation Campaign Manager Jenny Weber said.

‘Logging and mining in takayna / Tarkine and off-road vehicle access to its sensitive coastline continues to damage globally unique natural and cultural values. This Easter, our Tarkine in Motion project will send 120 artists into the Tarkine to capture the beauty of this threatened place.  Despite consistent calls for protection and support for alternative industries like tourism in the region, logging, mining and off-road vehicle access over Aboriginal heritage sites is sanctioned by the Tasmanian and Australian governments,’ Jenny Weber said.

120 artists, supported by a team of 30 volunteers, will spend 72 hours exploring this remote part of north-west Tasmania, creating works aimed at gaining protection for the Tarkine.

‘Our environmental arts project is growing into one of the largest events of its kind in Australia. The innovative approach to hosting artists in remote camps at seven locations across this vast region is a unique way to promote conservation of the Tarkine,’ Jenny Weber said.

‘In its third year, Tarkine in Motion has hosted more than 150 artists to the Tarkine, bringing enormous success to the campaign to protect this wild place. Using images from Tarkine in Motion, the Foundation has published two books. Tarkine Trails, a bushwalking guide and takayna – a beautiful book about the living Aboriginal cultural connection to the Tarkine. The event has also spawned a feature-length documentary, concerts and exhibitions in Hobart and regional Tasmania.  Further afield, exhibitions have been held in Melbourne, Bendigo, Sydney and Brisbane.

‘This year, our Foundation and the contributing artists will achieve a new body of work and campaign materials for our burgeoning campaign for protection, including paintings, film, textiles, sculpture, photographs and more,’ Jenny Weber said.

Over the Easter weekend, a diverse group of international, interstate and Tasmanian artists will spread out across Tasmania’s takayna / Tarkine. Artists will be located from Arthur River in the north to Pieman Heads and Interview river on the remote southern coastline. Other locations are deep in the threatened rainforests and at the tourism hubs of Corinna and Tarkine Wilderness Lodge.

The Bob Brown Foundation is currently fundraising for the project on crowd-funding platform Pozible. The Foundation sponsors artists’ travel to the Tarkine and provides volunteer organizing teams and communal meals for the artists while they are in the Tarkine.

The link to the Pozible project is https://pozible.com/project/tarkine-in-motion-1

Attached photographs from Tarkine in Motion 2016. Full resolution images linked from thumbnails below.