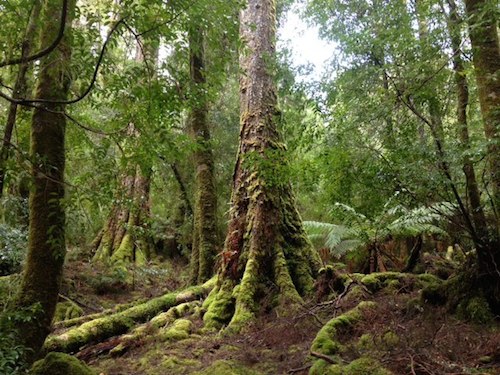 The Tarkine wilderness ought to be part of the Tasmanian Wilderness World Heritage Area. Instead it is being logged, mined and smashed by 4WD tracks dissecting its heritage coast.

Hand-in-hand with the Tarkine National Coalition (TNC) our foundation aims to protect the 430,000 hectares of the recommended Tarkine National Heritage Area including its wildlife, rainforests, button-grass, wild coast and pristine streams.

TNC has until 25 July to find $15,000 surety so it can proceed with a crucial legal appeal to the full bench of the Federal Court against Venture Minerals' proposed strip-mine at Rileys Creek in the Tarkine's south. Members of our board have personally offered to put forward $3,000. These donations are not tax deductible.

If you can help us find all or part of the remaining $12,000 you can make a donation here.  Or if you would like more information, let me know and I will gladly talk it over with you. If we win, the money is returned: if we don't it isn't! A further $20,000 will be required in coming months to have TNC bring its very good case before the court.

Besides this court challenge, we aim to join TNC in a long, strong and successful campaign for the Tarkine. This campaign, donations to which are tax deductible, will boost the Tarkine's national and global profile as well as promote its economic and employment prospects for Tasmania. It will involve films and public meetings, internet and political action, as well as the humble posters, bumper stickers, and chaperoned VIP visits which are the bread-and-butter of our successful campaigns for wild places.

Please join this campaign to save the Tarkine. We will keep you informed. Your donation, besides being tax-deductible, will be used wisely to bring forward the day the Tarkine is protected.


OPTION 1:  I will make a donation towards court surety for the Tarkine appeal.

OPTION 2:  I would like to make a tax deductible donation for the foundation's wider campaign to save the Tarkine.