Hello. My name is Peter and I'm from Portland, Oregon on the west coast of the United States. 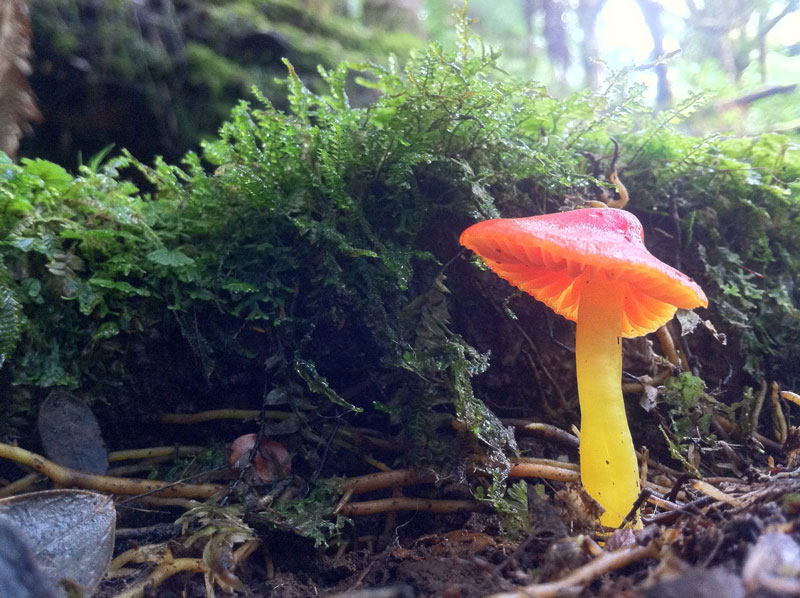 Just over a week ago I was sweltering in the heat and humidity of Sydney, and planned a casual (push-) bicycle tour of Tasmania as a brief reprieve.

I had no idea I would find myself participating with a wonderful crew of Tasmanian artists working to protect the wild old world that is the Tarkine forest. But as luck would have it, a casual conversation with a stranger on the Spirit of Tasmania informed me of the action and at that moment I knew I would re-route my circuit of Tasmania to make it a bit more circuitous and much more wild, beautiful, and meaningful. 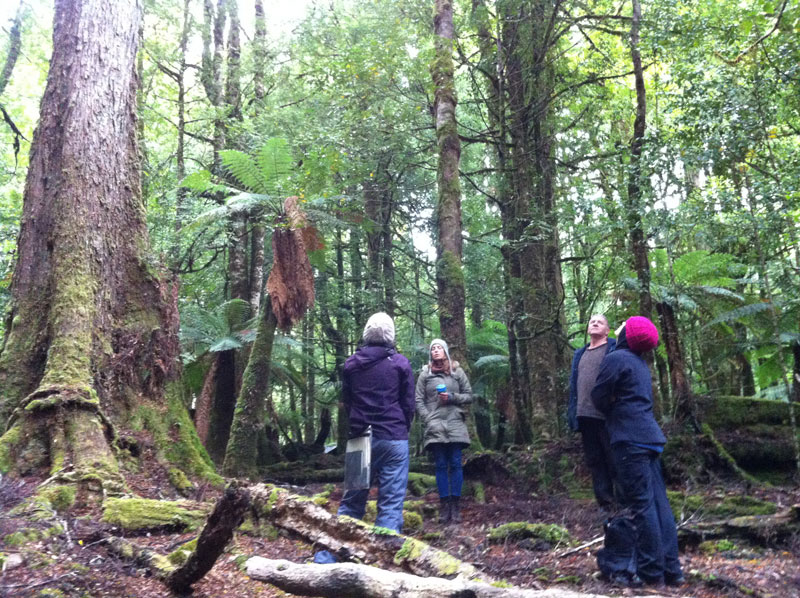 By mid Saturday afternoon I had nearly pedaled to Cradle Mountain – a seemingly endless climb up from the dam at Forth River. By late afternoon the sky had become an ominous shade of gray and the rain began rolling in just as I rolled past Cradle.

The uninformed hope that a speedy decent lay ahead was met with the unfortunate reality of more sluggish ascents and blasts of what felt to be powerful Antarctic headwinds that chilled to the core and, worse, made even the downhills a slog.

As the sun set I wondered if I would ever make it to the A10 and, more critically, find the tiny gravel turnoff on Que Road to (hopefully) let me locate a small camp hidden in the woods before darkness engulfed the forest. 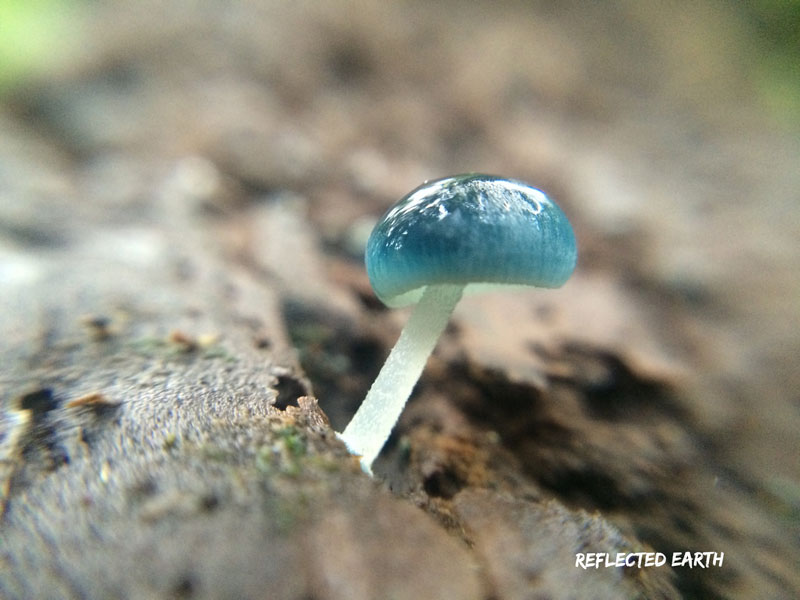 No such luck. The A10 did arrive and I did just make out “Que Road” on a tiny wooden sign before dark but soon I was struggling over the rocky uneven surface with just a dim safety light to show the way.

After riding what must have been kilometers, I stopped and wondered if this wasn’t all just a sick joke dreamed up by a stranger on a boat. In the darkness I heard wallabies thumping around me and thought perhaps they’d be my only company tonight.

The only thing that kept me going was seeing fresh car tracks in the sandy bits of soil and though impossible to see with any certainty, I could only imagine them to have been left by a bumper-sticker laden Subaru or two. “This must be the way!” 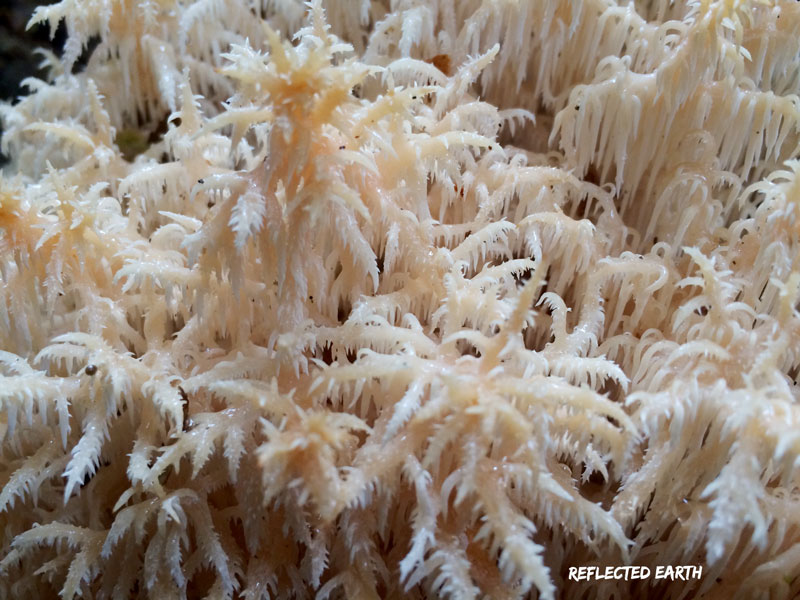 I continued forward and at long last the bush around the road began to clear.

I saw a sign: one large blue water jug and ten meters further a lone shovel stuck in the dirt beside the road. Uncertain if this meant someone had been but gone in a hurry or perhaps I just had the date wrong, I carried on.

Just as the road ended: a Subaru! An open van with cooking gear and fold out chairs! Voices and lights in the forest beyond. I quickly ditched my tired steel steed and stumbled and bumbled my way through the underbush, stepping between ferns, scrambling over nurse logs, and nearly toppling head first into a small pond.

The sounds of this commotion made my presence known. I approached the site I could not have been more happy to see: a large tarp stung into a roof for an outdoor room, covering about a dozen bundled up artists resting on tarps and rugs, circled, smiling, around a steaming pot on the cooker. Introductions were made all around, and warmth was found as much in the happy conversations with new friends as in the delicious chili shared amongst all.

Surrounded by these artists settling in to protect the Tarkine, miles from civilization, I felt I had arrived, at last, at home.

The next day – Easter Sunday – the forest arose to life with a veritable explosion of songs from wild birds just as the first thin rays of morning sun snuck in and blessed the giant moss covered Myrtle trees with glowing warmth and brought a heavenly sparkle to even the tiny dew covered fungi on the forest floor. 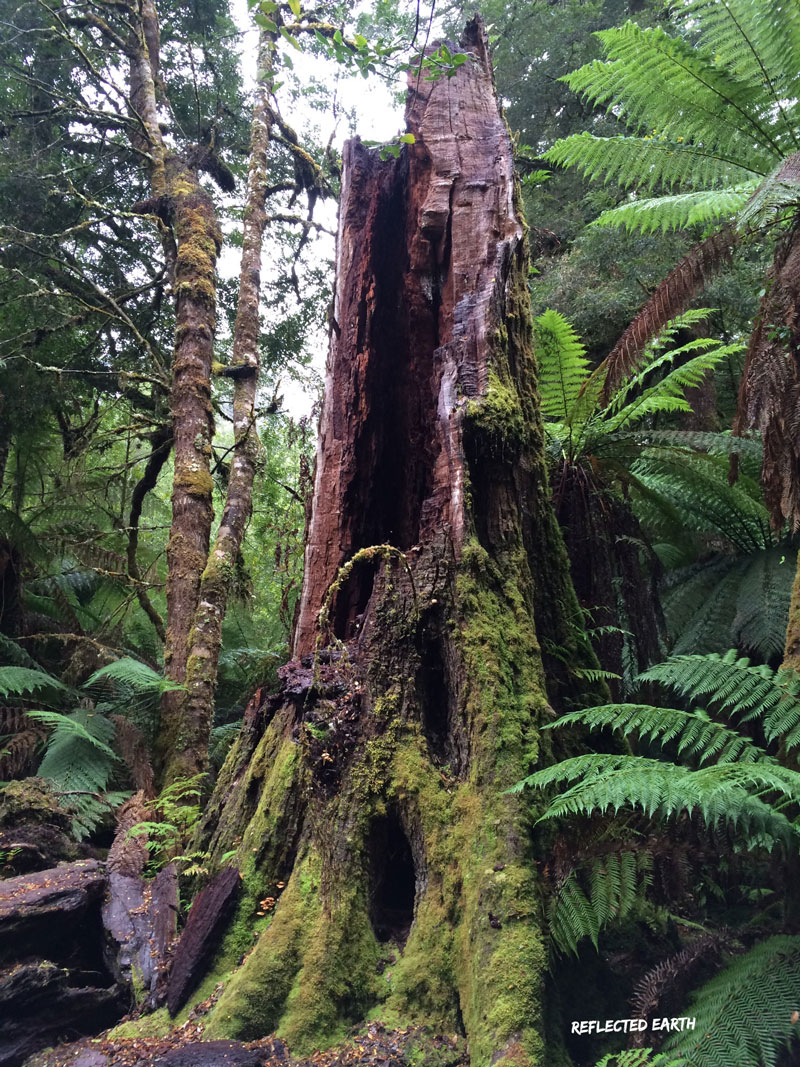 In the time to follow, thirteen lucky humans awoke in this glistening oasis, shared one more meal together and set off for a day of photography, songwriting, poetry, and other endeavors aimed at saving this wild land, this blessed place, the Tarkine forest, from the ungodly destruction it is soon slated for.