Turnbull will have whales' blood on his hands - Brown

After the decision by Sea Shepherd that it cannot match the military operation of the Japanese whaling fleet in Australia's Antarctic territorial waters, the blood of the whale slaughter will be on the hands of the Turnbull government, Bob Brown, the former chair of Sea Shepherd Australia said in Hobart this morning. 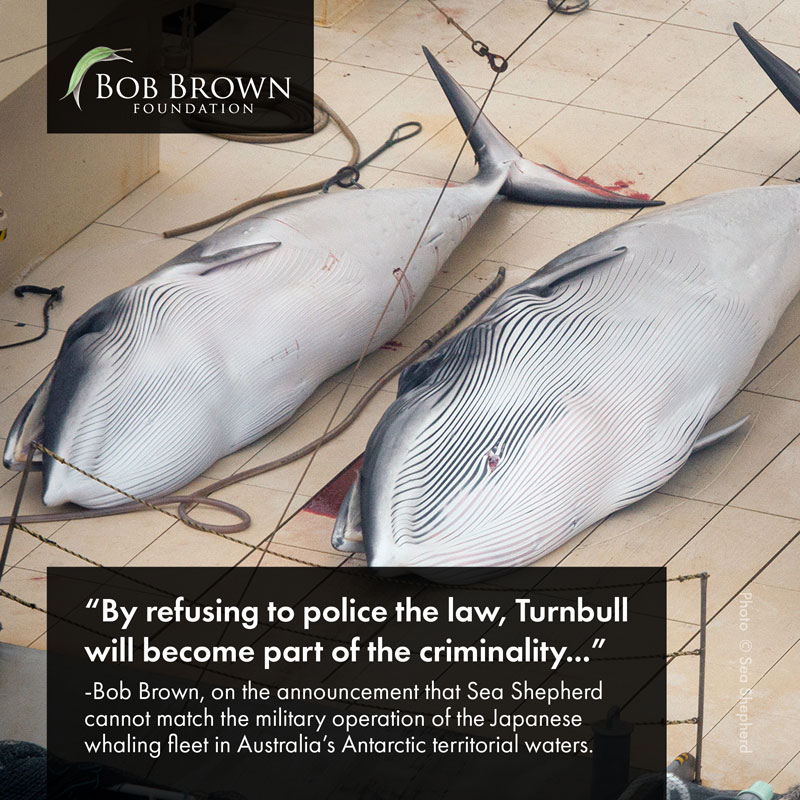 "Prime Minister Turnbull has to decide if he will aid and abet the illegal slaughter of Australian-born minke whales in the International Whale Sanctuary this summer by continuing to do nothing to defend our nation's interests.

"Both the International Court of Justice and the Australian Federal Court have found Japan's whaling illegal. Our Federal Court has issued an injunction against Japan because Tokyo is breaking Canberra laws. If this was an Australian corporation flouting our national laws the operatives would be arrested and jailed.

"By refusing to police the law, Turnbull will become part of the criminality. If he gains the backbone to send a naval vessel to defend our whales, he will get huge public support," Brown said.