An article in The Circular Head Chronicle (chchronicle.com.au) 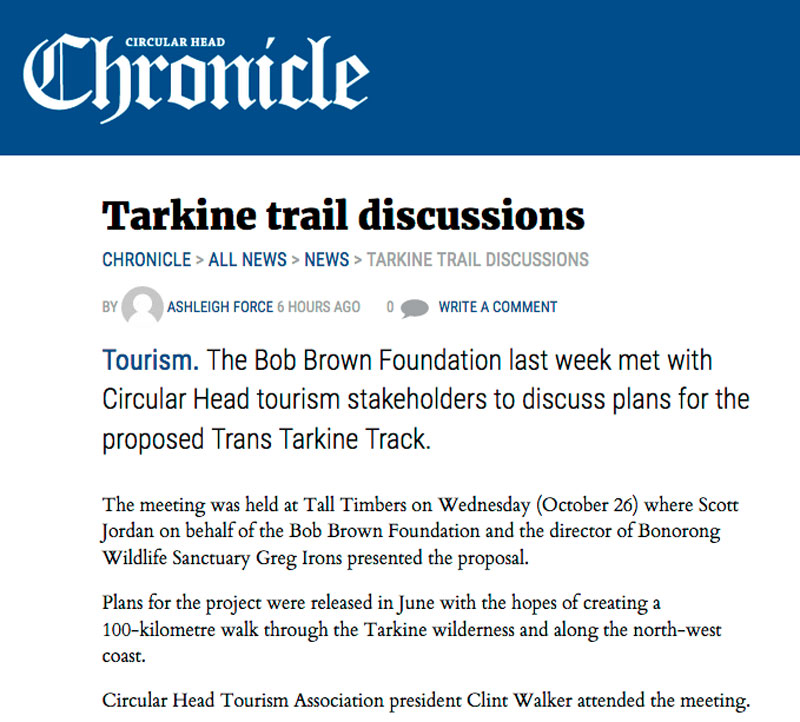 The meeting was held at Tall Timbers on Wednesday (October 26) where Scott Jordan on behalf of the Bob Brown Foundation and the director of Bonorong Wildlife Sanctuary Greg Irons presented the proposal.

Plans for the project were released in June with the hopes of creating a 100-kilometre walk through the Tarkine wilderness and along the north-west coast.

“From a tourism aspect, the proposal sounds fantastic. It’s the type of development, a highly desirable attraction, that north-west Tasmania needs in order to have any chance of maintaining our share of the growing Tasmanian visitor market.” 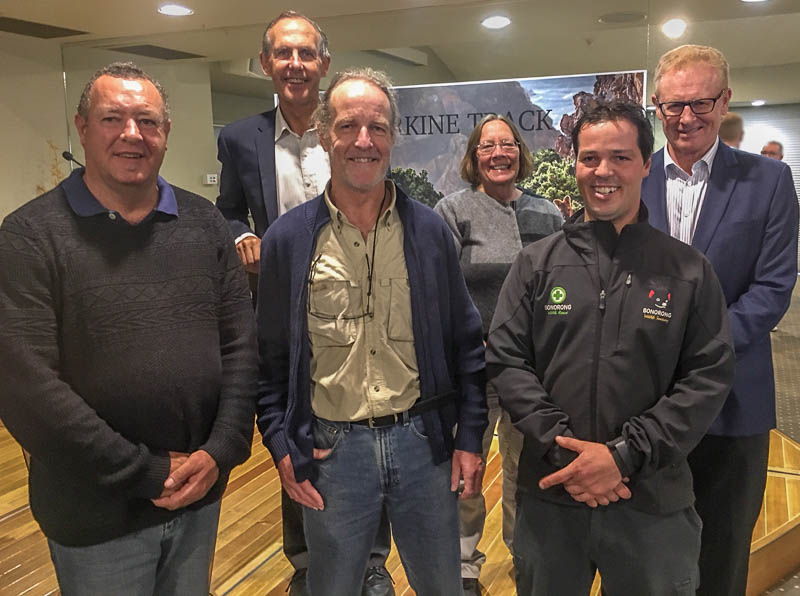 Enjoy the video, then read the report here.

Report on a preliminary survey of a Trans-Tarkine Track 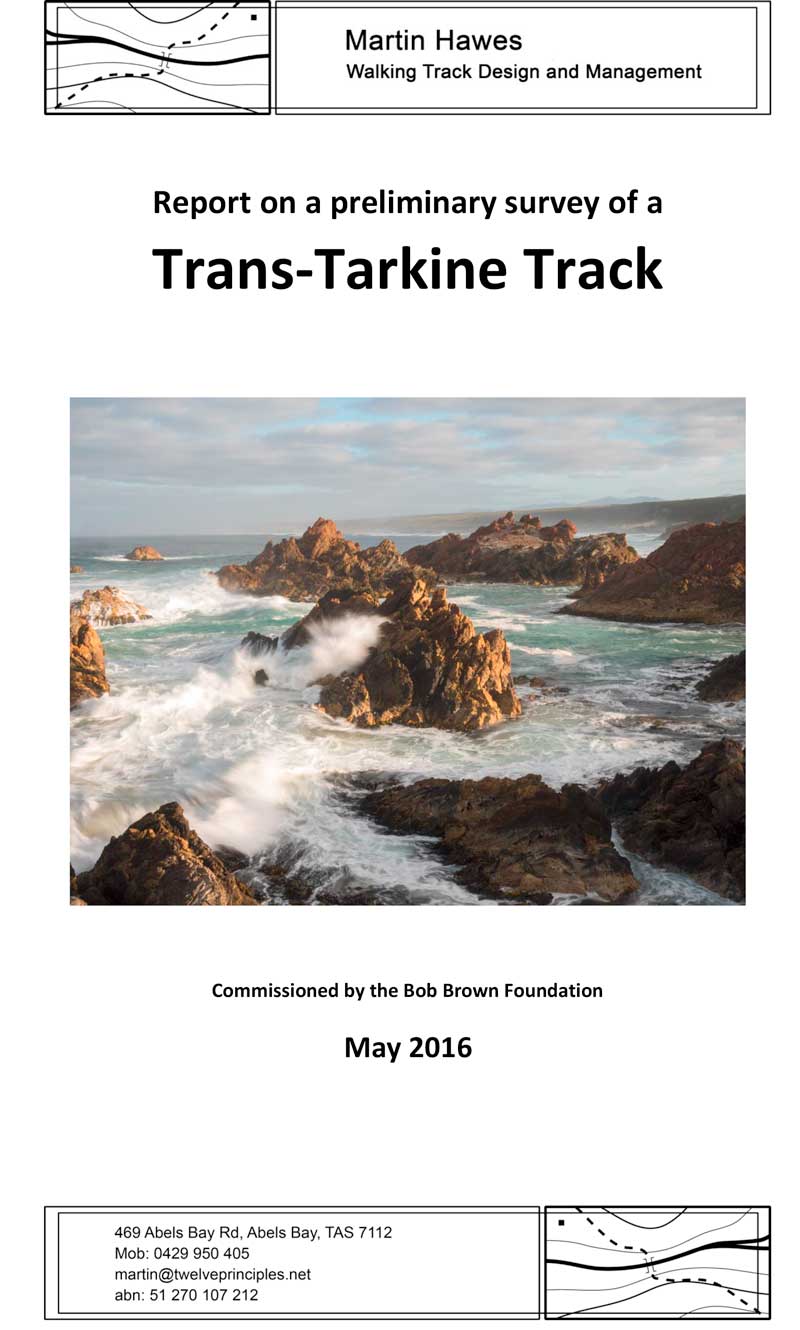 This report presents the findings of an investigation into the feasibility of constructing a multi-day walking track that will traverse the heartland of Tasmania’s Tarkine wilderness. The report discusses the recommended route for the track, the recreational opportunities that the track will offer, the requirements and likely costs of constructing the track, and potential locations of campsites.

The Bob Brown Foundation commissioned the study, which spanned the period September 2015 to April 2016. The study involved 70 days of fieldwork, a day-long aerial survey by helicopter, and detailed study of topographic data including vegetation maps and satellite imagery. The on-ground survey covered more than 90 per cent of the proposed track. Most of the remaining sections were inspected by helicopter.

The proposed track will be of Class 3 Standard, comparable to the Overland Track. It will be suitable for use by walkers of moderate fitness and limited overnight walking experience. Walkers will overnight at campsites provided with elevated tent platforms and toilets, close to sources of potable water.

The key findings of the investigation are as follows: 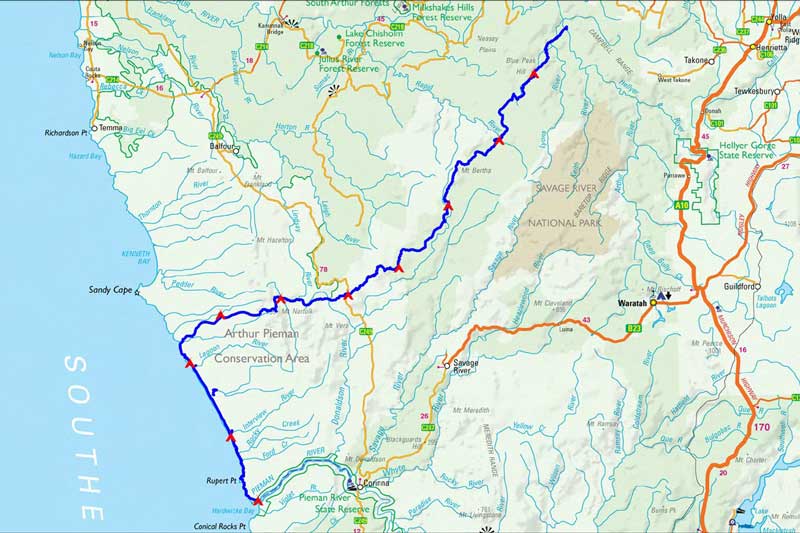