Bob Brown Foundation is calling for an immediate end to logging in Tasmania’s Tarkine rainforests after independently and scientifically dating a logged celery top pine from the same area at 350 years old. A cross-section of the pine is on display at the foundation office. 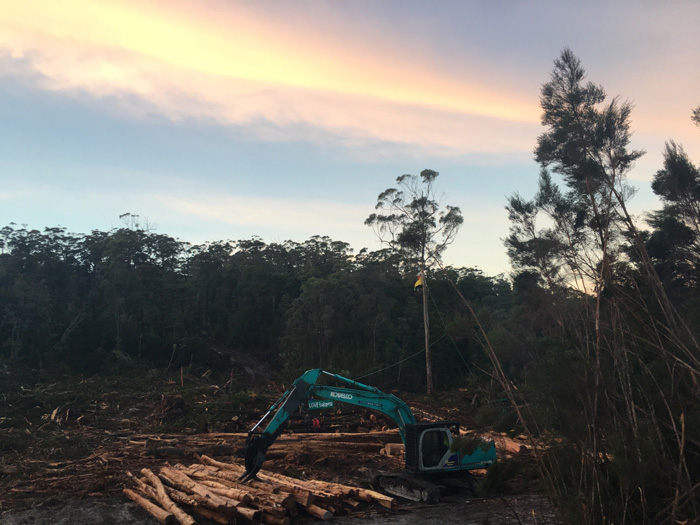 This morning conservationists are protesting in an area of ancient rainforest that is to be logged in the remote Rapid River region of the Tarkine. A conservationist is in a tree sit.

“The largest temperate rainforest in Australia is being logged for woodchips and timber supplied to the contentious Malaysian logging company Ta Ann. We are calling for an urgent moratorium. These globally significant rainforests should be protected in a World Heritage listed National Park,” Bob Brown Foundation’s Campaign Manager Jenny Weber said.

“The logged celery top’s first year of growth was in 1660 when King George the 1st of Britain was born, the Royal Society was formed, Louis the 14th was King of France and the takayna people had been living in harmony with their region for many generations. This tree was growing in the Tarkine 150 years before the first Europeans arrived on its shore,,” Jenny Weber said.

“Sadly, there are many much older trees in the Tarkine, like myrtles up to a thousand years old, which face the chop. Where the celery top pine fell was rich with habitat for the endangered Masked Owl, Grey Goshawk, Wedge-tailed Eagle, all shamefully being lost to logging. This logging should stop,” Jenny Weber said.