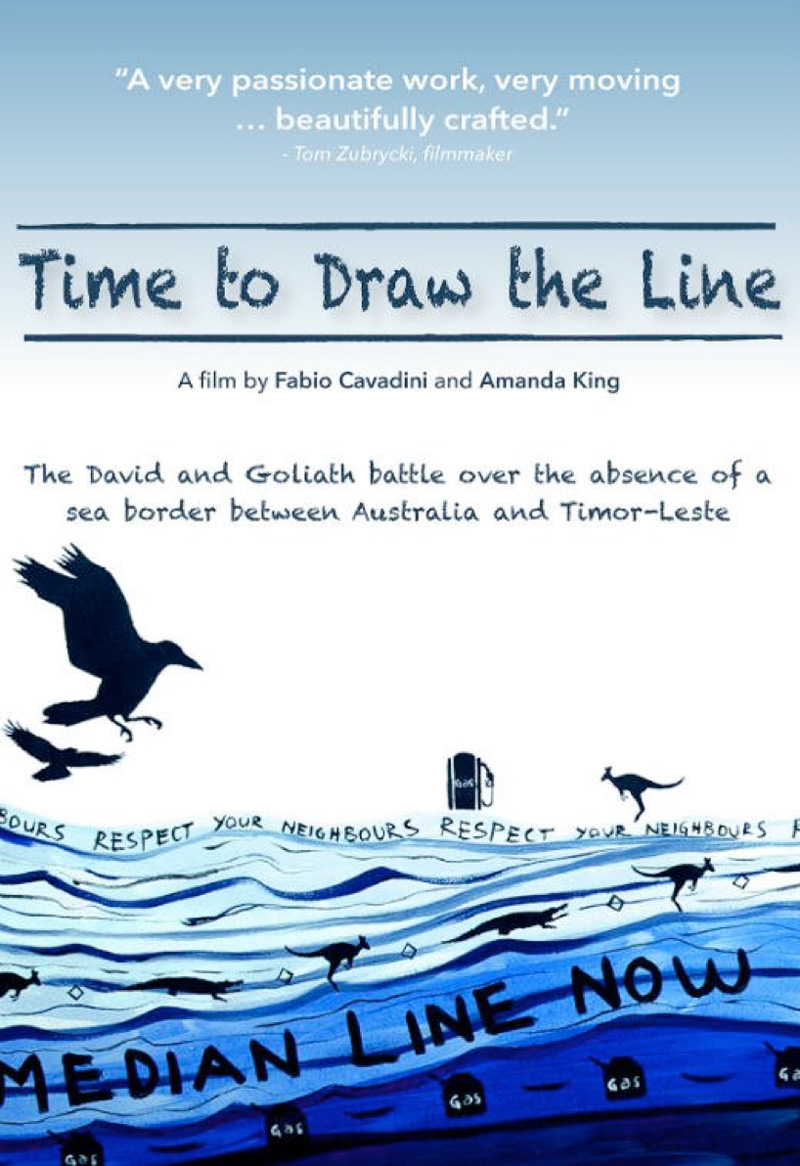 The Tasmania to Timor-Leste Friendship Group are hosting a special one-time screening of the film Time to Draw the Line, Wednesday March 15th at Village Cinemas Hobart - 7PM

The world fell in love with Timor-Leste when it was born as a new nation after 25 years of turmoil and war. Australia’s peace keeping force helped with its peaceful transition into nationhood. Now, over a decade later, the dark story of Australia’s relationship with this new nation must be told.

TIME TO DRAW THE LINE presents the campaign for a fair go for East Timor and that nation’s desire to settle its long-running maritime boundary dispute with Australia. Interviews include those Australians who are on the side (of the line) of the East Timorese and on the right side of history.

'Time to Draw The Line' is essential viewing for understanding how the extraction of resources has, time after time, usurped our morals.” Damon Gameau Actor ‘Balibo’ ‘That Sugar Film’

It’s fantastic. A strong argument, but also a terrific study of a period of history too. Congratulations, it is a very significant work on this issue. Robert Connolly, Director ‘Balibo’ 'Barracuda'