The Examiner: The Tarkine has had a long history of political unrest 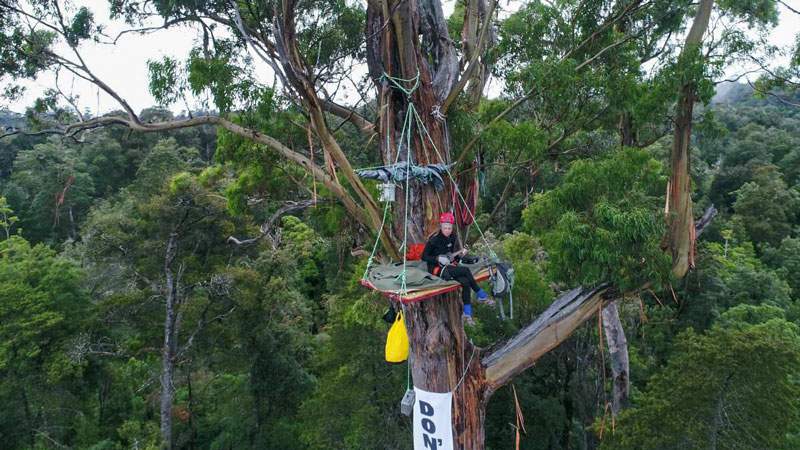 It is a battle that has been fought over many decades, occasionally popping up in national and international media.

This time, a treetop vigil organised by the Bob Brown Foundation, has sparked a flicker of global interest in the Tarkine again, as Forestry Tasmania prepares to move in on two coupes earmarked for logging around the Frankland River.

If Forestry Tasmania does start logging and conservationists continue their occupation in the North-West, the state government’s anti-protest laws will come into effect.

A spokesman for Forestry Tasmania says he will not comment on the activities of protesters, but confirmed loggers intend to harvest the area this year.

“The Forest Practices Plans for [the two coupes] take into account forest values, including management prescriptions for threatened species and other special values.”

Environmental groups, including the Bob Brown Foundation, Save the Tarkine and the Wilderness Society say the wild region should be listed for national heritage, world heritage, and be given national park status.

But the federal government says the area is not being considered for potential listing on any fronts.

“In December 2015, the meeting of environment ministers discussed updating Australia’s World Heritage tentative list,” a spokesman for federal Environment Minister Josh Frydenberg said. “The Tasmanian government did not put forward any places for inclusion on the tentative list.

“We regularly receive correspondence from interested parties on a range of matters including potential heritage sites. However, it is incumbent on the state government to put forward a nomination.

“The Tasmanian government has not requested the Tarkine be considered for World Heritage listing, and the department understands the area has not been assessed for its potential outstanding universal value.” 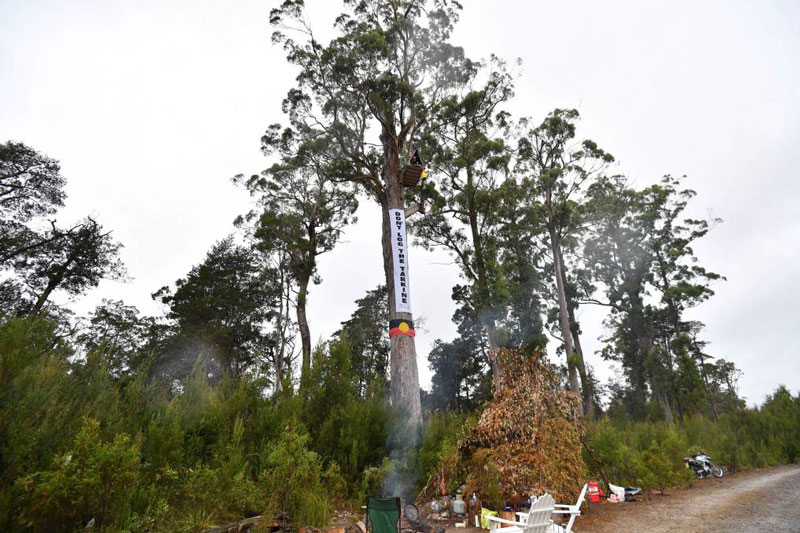 As peaceful protesters occupy the Frankland River area where Forestry Tasmania is due to begin logging “any day”, environmentalists are also watching closely as a contentious new forestry bill heads to the upper house.

On Friday, the state government passed its Forestry (Unlocking Production Forests) Bill 2017 in the House of Assembly, after a debate of nearly 12 hours – one of the longest in the history of the Tasmanian parliament. The government hopes to now push it through the upper house before a two-week parliamentary break.

Under the new legislation, the Labor-Green Tasmanian Forest Agreement, known as the ‘peace deal’, will be overturned. It had a six-year moratorium on logging in 400,000 hectares of Tasmanian forests, including parts of the Tarkine.

If it passes the upper house, the legislation will unlock 356,000 hectares of forests, including around 100,000 hectares in the Tarkine, for logging from July 1, 2018.

Forestry isn’t the only fight going on in the area. The Tasmanian Aboriginal Centre says opening up takayna (the Tarkine) to 4WD tracks will wreck indigenous heritage.

The government is making changes to the Aboriginal Relics Act, which are welcomed by the Aboriginal community, but the centre’s chief executive Heather Sculthorpe says the tracks in the Tarkine undermine the positive amendments.

“Whilst they’re bringing in amendments to the Relics Act, they’re continuing with their determination to open takayna to 4WD tracks, which will … wreck Aboriginal heritage.”

Environment Minister Matthew Groom says improvements to the act show a commitment by the government to reset its relationship with the Tasmanian Aboriginal community. “The additional protections this bill provides for our rich Aboriginal heritage is another way we are demonstrating this.” 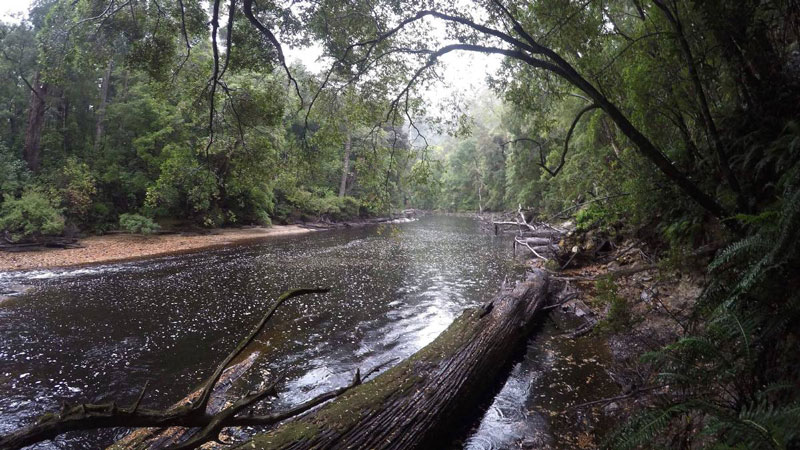 Protesters say the Frankland River area of the Tarkine is home to threatened species and important heritage. Picture: Joe Armao

Resources Minister Guy Barnett says its new “unlocking forestry” bill, which will open up around 100,000 hectares of the Tarkine to logging, will mean the government can stop subsidising Forestry Tasmania to the tune of $25 million a year.

"Our legislation will end the subsidies by making available for harvest trees formerly locked up under the job-destroying Labor-Green forest deal - trees which can be harvested more economically (without subsidies) than up to one-quarter of those in the existing production forest.

"The only other way to end the subsidies is to reduce the amount of trees harvested by around a quarter, costing up to 700 jobs, which is something we simply won't countenance."

However, Forestry Tasmania will not harvest those contentious areas because it might affect its Forest Stewardship Council certification bid. Instead, the areas will be leased out to private companies.

The new legislation does not have the support of the opposition or the Greens, however, or even the state’s peak forest industry representative body.

“It will create unnecessary sovereign risk in log supply and problems in our markets, and a return to the ‘forestry wars’,” the Forest Industries Association of Tasmania said in a statement. 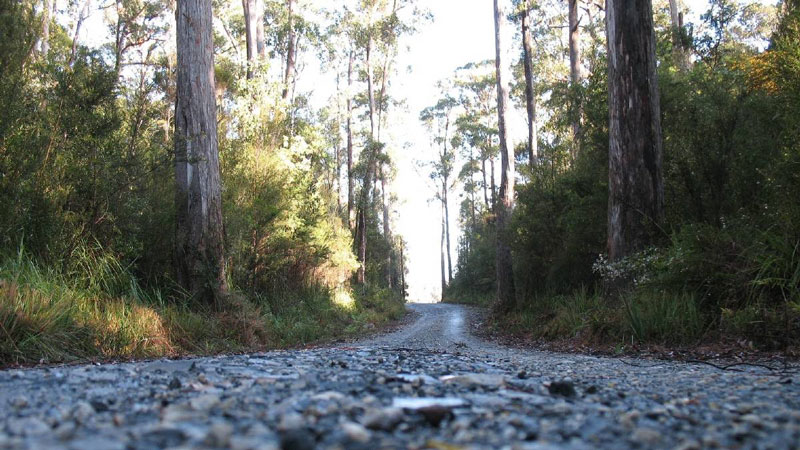 This is certainly not the first time the Tarkine has been in the spotlight as a result of environmental protest. The current debate is around forestry, but it has just as often been about mining.

In 2012, for example, during the previous government, there were 10 mine proposals and 58 exploration licences across the wilderness area at one stage.

Then-federal Environment Minister Tony Burke had let the region’s emergency heritage listing lapse the previous year, and was called upon to intervene in a similar way to the 1983 Franklin Dam case.

“The mining stuff is still simmering away, but the prices have dropped so much that it’s not viable, which is what we were saying quite a few years ago,” Tarkine campaigner Scott Jordan said.

“In the meantime, the state government has torn up the forestry agreement and seems hellbent on reigniting the forestry debate, and so is pushing into areas that just shouldn’t be logged.

“We want intervention from the state government and the federal government - any one of them can stand up and put a stop to this.

“We’ve campaigned for the Tarkine for over two decades now. This passage of this legislation won’t change that.”

Despite the decades of battle, all three environmental groups are united in the belief that the Tarkine will eventually receive heritage listing and national park status.

“I think it absolutely will happen eventually. It’s just a matter of having a government that wakes up to the opportunity,” Wilderness Society spokesman Vica Bayley said.

Bob Brown says Tasmania is the “place to be”.

“Much like with the campaigns of the past, it’s just a matter of whichever big party sees it’s going to have a winner in the Tarkine.” 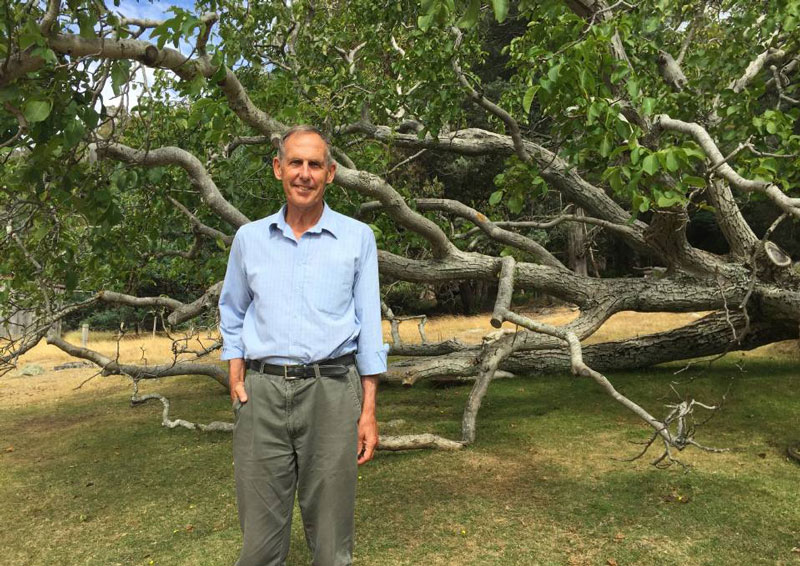 The Bob Brown Foundation has developed a campaign to create a 104-kilometre Trans Tarkine Track, which will take visitors through rainforest, over the Norfolk Range and around the West Coast with Aboriginal rangers to help people along the way.

“It’s much longer than the Overland Track or Cradle Mountain, and the South Coast Track,” Dr Brown said.

He says the development will cost in the order of $20 million, and believes it will bring more prosperity to the North-West than mining or forestry if it goes ahead.

The groups intend to continue lobbying until the region is awarded national park status or world heritage listing.

“Until we get that protection, our job is pretty straightforward, in convincing the public that these areas have to be protected,” Mr Jordan said.