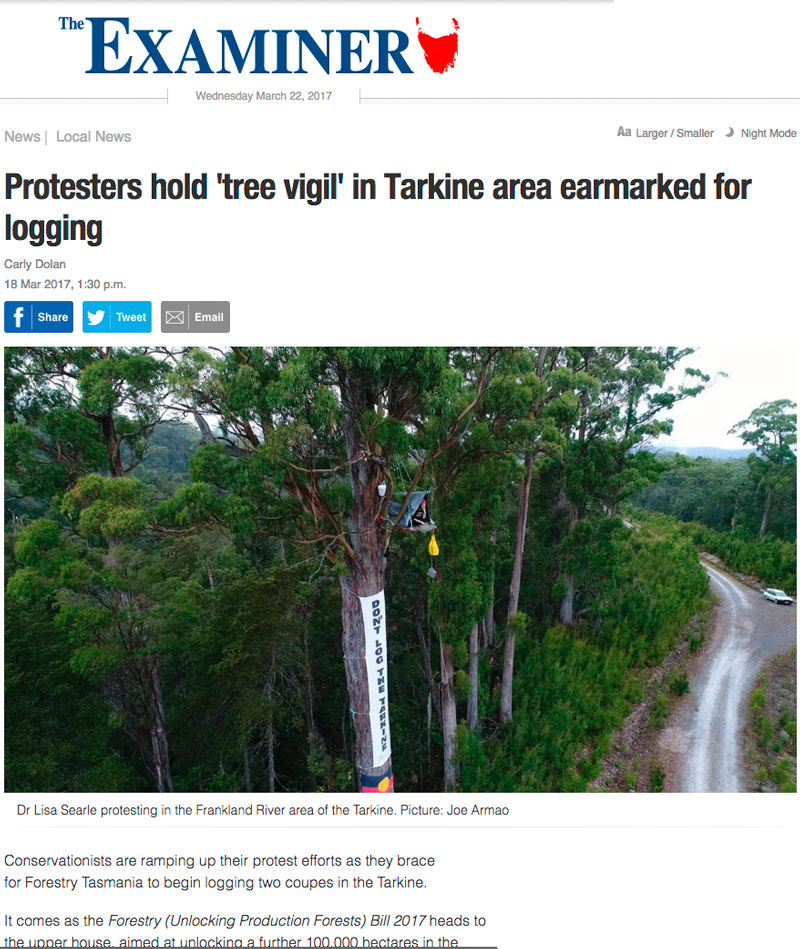 Conservationists are ramping up their protest efforts as they brace for Forestry Tasmania to begin logging two coupes in the Tarkine.

It comes as the Forestry (Unlocking Production Forests) Bill 2017 heads to the upper house, aimed at unlocking a further 100,000 hectares in the region, as part of a proposed 356,000 hectares statewide, after the legislation passed through the House of Assembly early Friday morning.

Meanwhile, loggers were expected to move into the already available Frankland River area “any day”, where the Bob Brown Foundation was holding a vigil in a tree canopy.

Activist Scott Jordan said the vigil camp was well into its fourth week. “We’re watching over the area and conducting surveys and presenting evidence back to Forestry Tasmania as to why they shouldn’t be logging it.”

Read the full article on The Examiner here.