The Examiner: Arts vision for the Tarkine 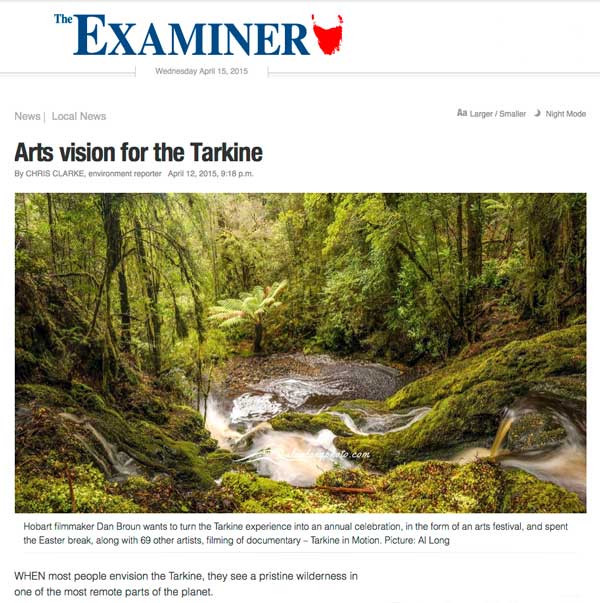 The Tarkine in Motion project features in an article by Chris Clarke in The Examiner:

"WHEN most people envision the Tarkine, they see a pristine wilderness in one of the most remote parts of the planet.

Hobart filmmaker Dan Broun sees all of that and more.

He wants to turn the Tarkine experience into an annual celebration, in the form of an arts festival.

Broun has joined forces with the Bob Brown Foundation in a push to make 450,000 hectares of the Tarkine a World Heritage Area and national park.

The project will see the creation of a 30-minute documentary – Tarkine in Motion – to push the cause.

While filming alongside 69 other artists over the Easter long weekend, Broun realised his long-time festival dream, which he believes could make the state serious tourism dollars."