Tegan Johnson at Que Rd for Tarkine in Motion 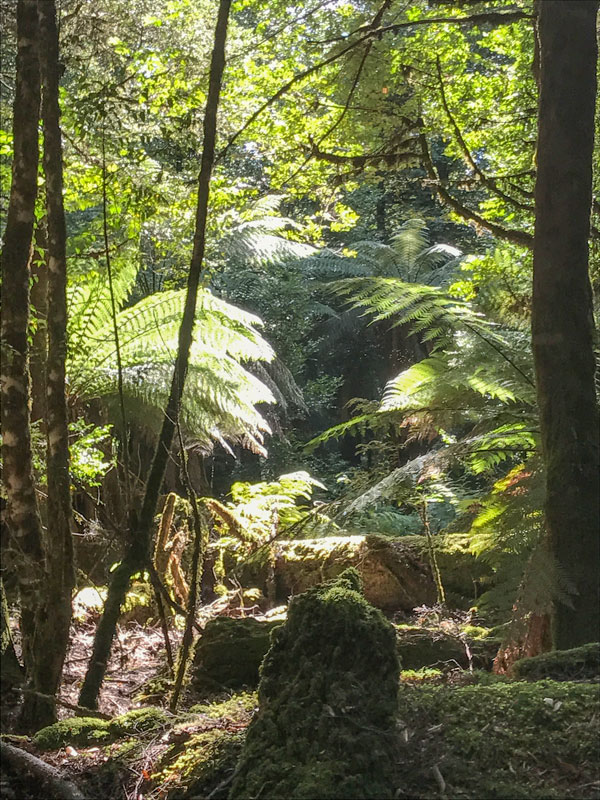 It's been a long time since I really visited takayna. I remember as a child being held on the most impossible angle by roaring winds of the coast, and snorkelling through kelp forests. More recently a trip to Arthur River reintroduced me to the coast. Que Rd is different, and it really illustrated for me the diversity of a region that contains flowing rivers, soaring mountains, majestic forests, sweeping plains, and rugged coastlines all in a few hundred kilometres.

Driving in to Que Rd after dark on Friday was an experience and a half. It felt as though the forest was simultaneously clawing back its space from the road, while pushing we intruders out. The shrubbery alongside the forestry track at times felt like it would engulf the car. How odd to find in the light of day that in fact this was scraggly shrubs growing beside ordered rows of monoculture plantation that eventually gave way to towering myrtle and eucalyptus forest with the most mossy, ferny undergrowth. The folk at the campsite were welcoming and it was fantastic to spend a few days with a diverse, warm, talented group... not to mention the hearty food!

Wandering through the forest on Saturday my eye was captured on both ends of the scale, from the towering trees, to tiny fungi, lichen and mosses. I eventually chose to pitch my tent (having slept cramped in the car the previous night) nestled between mossy logs and under a protective canopy of myrtle and the gentle embrace of a man fern. My view could not be bettered: a glade of ferns where the sunlight danced in and drew out more shades of green than I could ever hope to mix on my palette.

The nights were so dark and still. The darkness was all the more striking when the moon rose around 3am bringing a contrasting light that filtered into my tent and fooled me into believing it was dawn!

On Sunday Jess and I journeyed to see the remnants of the Warratah power station, and  saw the mine at Savage River. While the mine appears stark, finding a small frog at the side of the road in the buttongrass brought hope. On the final night it rained, gently, the droplets finally filtering in beneath the canopy that had protected us from dew. It was hard to wake from the gentle lullaby of raindrops landing softly on the tent canvas.

While I left the bulk of the artwork and it's associated mess to my return home, there are ideas brewing and I look forward to getting more inspiration in another trip... soon.

That's the thing about thoughts: they thought themselves and then just dropped into your head in the hope you would think so too.