Remote and Wild Bioblitz at the Coast

The southern section of the Tarkine coast is a remote, exposed and wild place. Very little scientific study of the area has been done, and the WildBlitz was to gain greater insight into this area. The plan was for a small team of scientists and supporters to survey the plants of Mt Donaldson then trek along the coast for three days, surveying for species and habitats as they went. 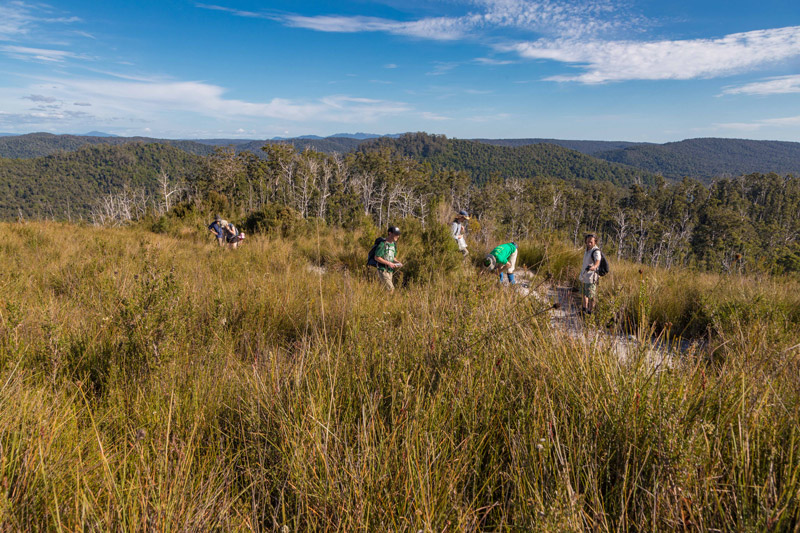 To get to the coast you must first drive to Corinna, near Mt Donalson. Here they found bearded orchids and many interesting plants. They stayed at Corinna, a once booming mining town on the banks of the Pieman River. Corinna is now a quiet outpost with a car barge as the only means of crossing the river and rainforest creeping over where pubs and buildings once stood. From here you must take the old ferry to the mouth of the Pieman, taking everything you need to be self supported.

This coastline to the north of the Pieman River is rugged and exposed. Rocks along the water's edge are twisted and and gnarled. The open, scrubby vegetation offers little protection from from the elements. It just happened to be a heatwave in Tassie, but when planning a trip like this there is generally no flexibility in the dates you leave, you go regardless of the weather. This made for a very hot walk to Rupert Point to set camp.

The insect experts, Christopher Carr and Spikey, saw the hot, still conditions for what they were; active insect time and a great opportunity to collect lots of specimens. They noticed several species of pollinating wasps withany plants in bloom.

To capture as wide a diversity as possible they used several different trapping techniques; such as sweep netting, water traps, shaking branches over white trays and a light trap at night. With such great conditions they now amassed a huge collection. They are identifying their specimens and crunching their data now. We wait to hear what they found! 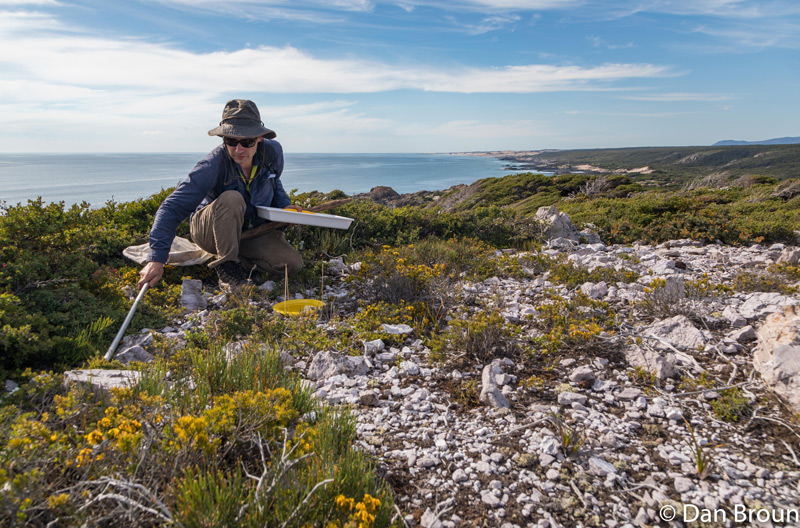 The botany team, Nick Fitzgerald and Rob surveyed the plants as they walked. Being spring and a warm year they were treated to a spectacular display of flowers. They were pleasantly surprised to find a near pristine environment with few weeds, the main exception being a patch of sea spurge decedent from a washed up coloniser. They also noted that there hadn't been a fire for a relatively long time. They hypothesised that the low levels of fire and weeds was due to the difficulty in accessing the area, particularly as 4WDs are currently banned from driving in.

The botany team walked north to Interview River the following day, continuing their survey. They noted that there was a clear diversity of vegetation communities along the way, with heathland of differing heights. In total they recorded over 100 species of plants. 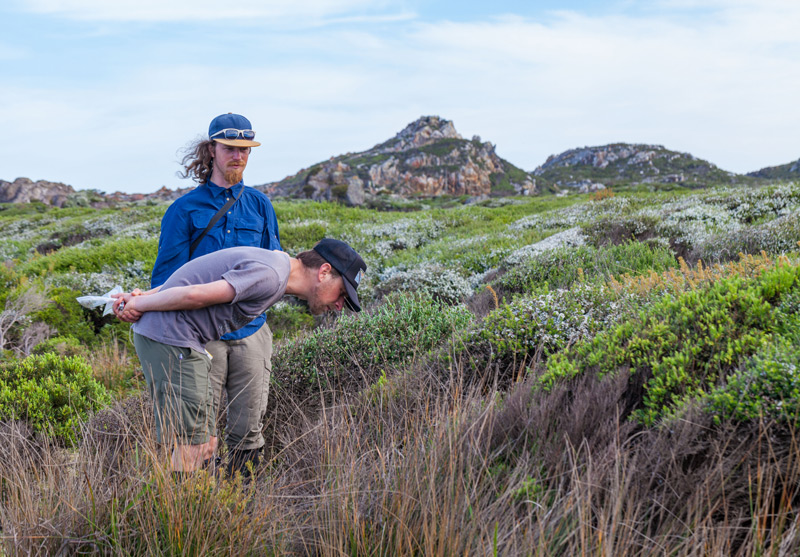 A third group, led by Lisa Searle, did a shore bird count. Together with all birds seen on the trip they recorded 33 species, including the elusive emu wren, the threatened wedge-tailed eagle and three of Tasmania’s endemics: the yellow-throated honeyeater, the black currawong and the green rosella.

They returned as they came, carrying their precious specimens. More updates to follow as they finish up in the lab.