What will be discovered at the 2017 Tarkine BioBlitz? By Jillian Smith 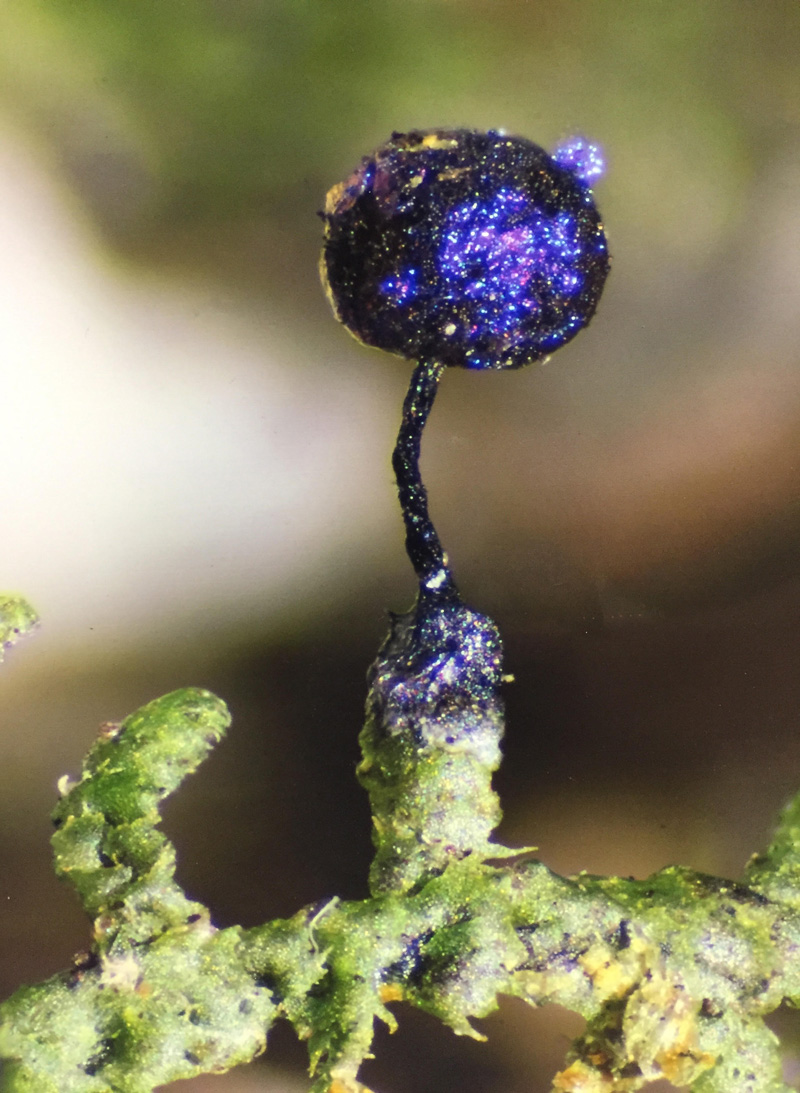 There is a buzz in the air as the 2017 Tarkine BioBlitz begins.

Will any new and interesting discoveries be made this year? I sit down to dinner and say hi to my neighbors, to discover that I'm sitting next to Sarah Lloyd, slime mould expert. What luck. She is happy to talk about slime mould and I am keen to hear about these strange, tiny, I don't know what to call them, creatures? 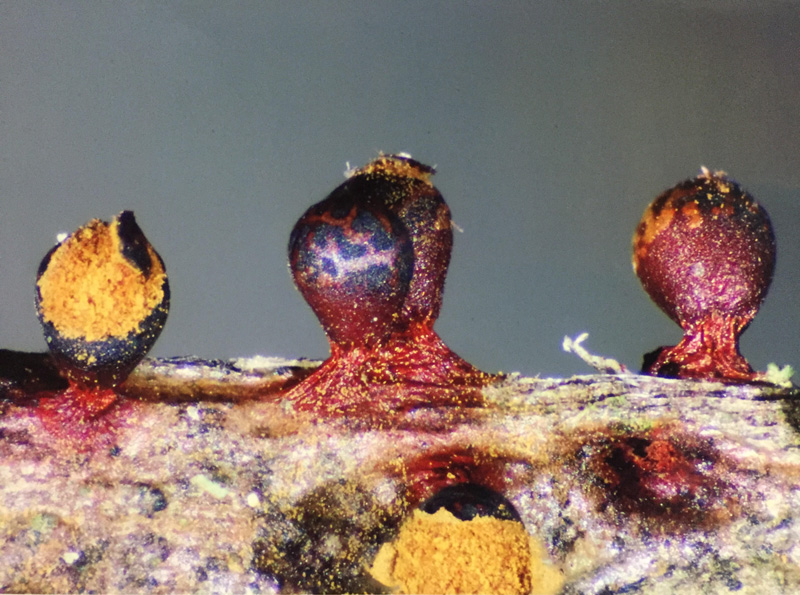 It seems they are hard to define. They are famous for their plasmodial stage, amoebas of urban legend, almost mythical.  Sarah tells me she is more interested in the fruiting stage, when they produce spores within fungi-like structures. She explains that while plasmodial slime moulds are well studied, when in fruiting stage they are some of the least studied organisms on the planet.  It almost seems like she has said this a few times before, that she feels the little known fruiting stage is overshadowed by the showy amoebas.

I wonder why she is so interested in this obscure field so I stop by her display later in the evening. She has photos of her jewel-like slime moulds. They look like miniature fungi, delicate and translucent. There are matchboxes with more photos upon them. I open one to see a scrap of bark. 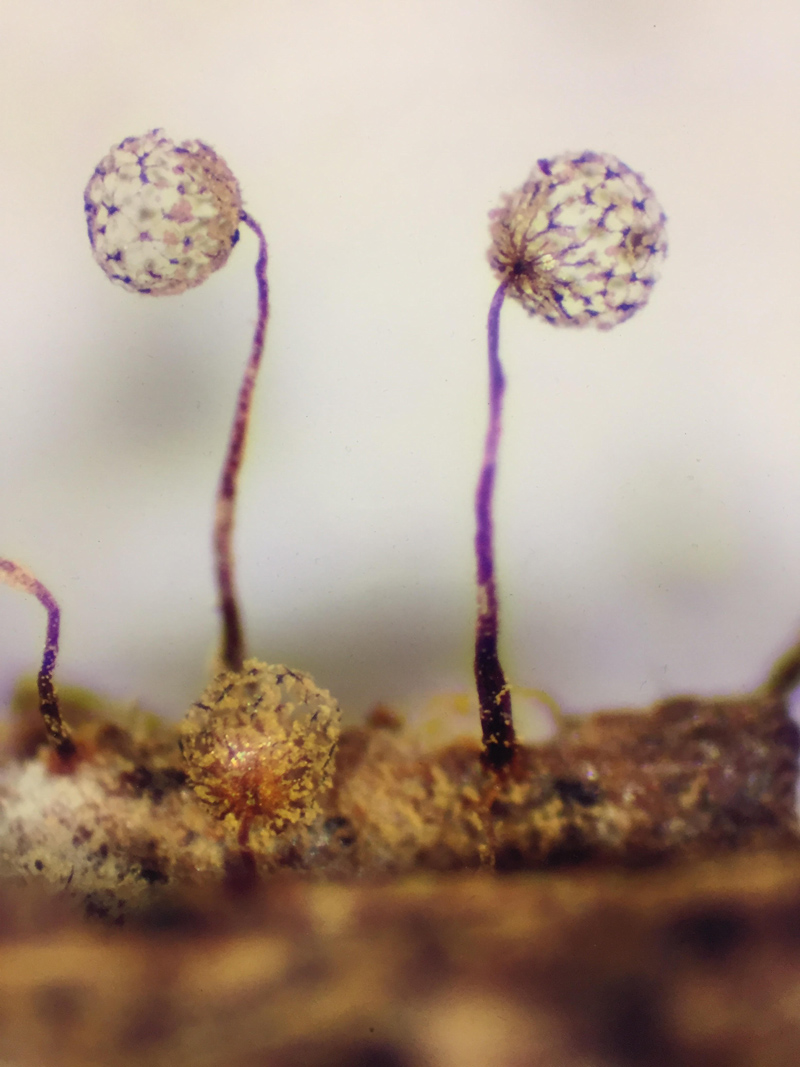 Squinting, I can just make out the slime mould, a few brown bubbles. “You can look at it with the hand lens” Sarah says, “come under the light”. She shows me how to bring it into focus making the stem and texture visible. It is almost magical. How she keeps these little treasures intact I don't know. I could spend all night looking through Sarah’s matchbox apothecary. As I'm looking I hear her say that while most slime moulds are cosmopolitan  (are found across a wide range) there may just be a species in the Tarkine that is endemic.

Perhaps she will discover more about this during this year's BioBlitz?