An article in newmatilda.com by Thom Mitchell 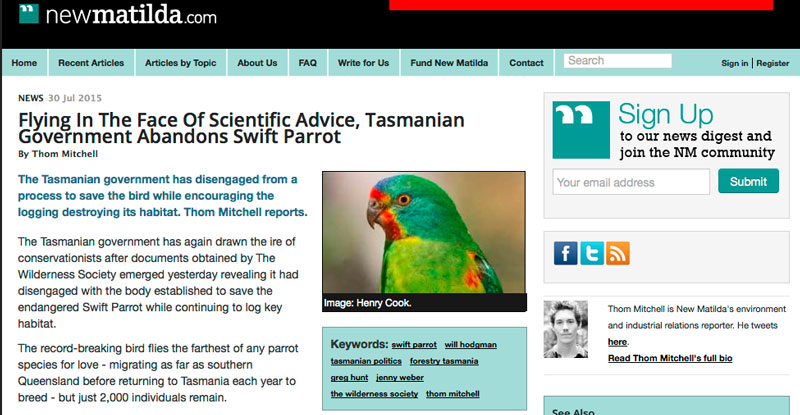 'The Tasmanian government has again drawn the ire of conservationists after documents obtained by The Wilderness Society emerged yesterday revealing it had disengaged with the body established to save the endangered Swift Parrot while continuing to log key habitat.'

“Despite a 2015 review of Forestry Tasmania, which found the Government Business Enterprise has been losing public money over many years, the current Liberal Government has followed a business as usual model,” Weber said.

Read the full article on newmatilda.com