Article by BLAIR RICHARDS in The Mercury June 23, 2015 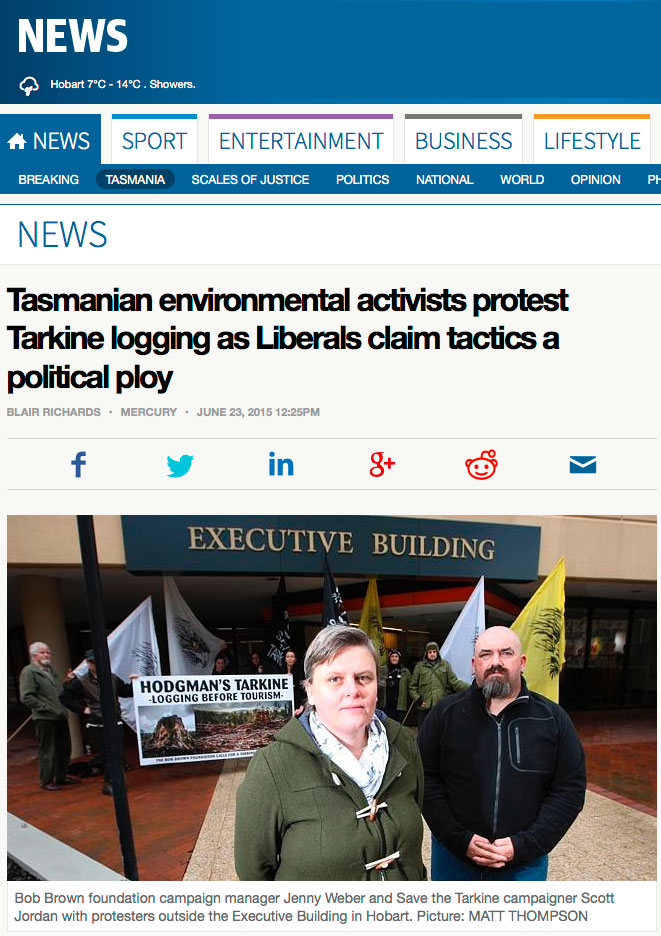 ENVIRONMENTALISTS say the State Government is damaging Tasmania’s tourism reputation by allowing logging in the Tarkine.

But the Liberals have labelled the protest a ploy to gain support for a Greens Senate preselection candidate.

A small group of protesters from Save the Tarkine and the Bob Brown Foundation gathered outside the Executive Building in Hobart this morning to highlight what they said was “subsidised logging”.

Save the Tarkine campaigner Scott Jordan said Forestry Tasmania was logging in old-growth forests and rainforests in the region.

“The equivalent of 40 AFL football grounds is being lost right now in the Tarkine,” Mr Jordan said.

Alleging widespread logging was occurring in the Tarkine, Bob Brown Foundation campaign manager Jenny Weber said the logging activity flew in the face of the Government’s desire to increase tourism to the region.

Read the full article on The Mercury.