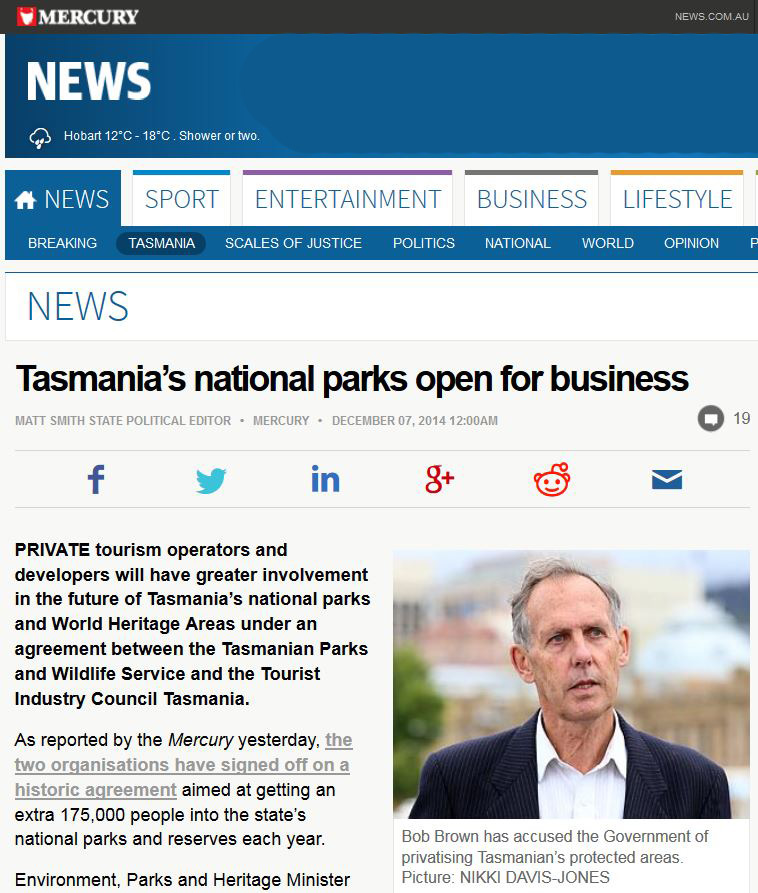 PRIVATE tourism operators and developers will have greater involvement in the future of Tasmania’s national parks and World Heritage Areas under an agreement between the Tasmanian Parks and Wildlife Service and the Tourist Industry Council Tasmania.

“In the same week that the Hodgman Government announced a $30 million public subsidy to debt-ridden Forestry Tasmania, it announces this plan to effectively privatise the mission of the Parks and Wildlife Service,” he said yesterday.

“This is a perversion of public interest priorities.”

Dr Brown said he would refer the agreement to the Tasmanian Integrity Commission this week.