Tasmania’s first BioBlitz in the Tarkine! 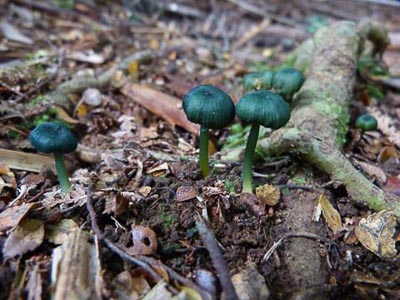 Bob Brown Foundation will this week host Tarkine BioBlitz, a festival of science in nature, from Thursday 19th to Sunday 22nd November. 100 participants will spend 72 hours exploring biodiversity in the Tarkine, with visitors from interstate, Hobart and around the NW region of Tasmania. The BioBlitz is led by more than 15 expert scientists across the fields of ecology, taxonomy, botany and biology.

“Tarkine BioBlitz will be a fun and educational event where everyone can explore, learn and contribute to our knowledge of biodiversity. We will contribute a significant resource of biodiversity data and share knowledge in one of the last wild places on the planet, the Tarkine” said Bob Brown Foundation’s Campaign Manager Jenny Weber.

“The Bob Brown Foundation is building a national and international campaign to bring forward the day when the Tarkine gets the respect, status and protection it warrants as a prime part of Australia's, and the world's, surviving cultural, natural and national heritage,” said Ms Weber.

“Science as a central component to this campaign, including addressing the knowledge gaps in records of biodiversity in the Tarkine region. Intensive field studies of two locations will be conducted in a coastal region and forest region” said Ms Weber.

“Bioblitzes are a recent innovation which blend the resources of institutions, experts and the public in order to rapidly generate large amounts of new and valuable biological information about a natural landscape or habitat. Biologists and taxonomists survey and report upon the animal or plant group of their special expertise. They achieve this with the assistance of the public who work under their direction in order to multiply the efficiency of data gathering in the field and laboratory,” said University of Tasmania’s Senior Lecturer in the School of Land and Food, Dr Peter McQuillan.

“BioBlitzes have been successful in discovering both new species and rediscovering “lost” species” said Dr McQuillan.

Tarkine BioBlitz is one project that Bob Brown Foundation is working on to build the campaign to protect the Tarkine as a National Park and added to the Tasmanian Wilderness World Heritage Area. Other campaign activities include a new bushwalking guide book to the Tarkine, our Tarkine in Motion arts project, a new Melbourne campaigner and office, an event at Melbourne Federation Square’s Deakin Edge on December 5th and ongoing research into the current logging threats to the Tarkine’s rainforests.  We are publishing a book called takayna makuminya / Tarkine Trails a 256 page bushwalking and rafting guide to touring the Tarkine that will be launched on Dec 11th in Hobart, Launceston and Melbourne.