Civilisation and The Hodgman Law

A letter from Bob to The Sunday Tasmanian.

Civilisation, not least democratic society, is based on the search for a social compact which promotes and sustains the maximum happiness for human society.

In this age of environmental destruction, unprecedented in human history, efforts by authorities to suppress the growing public activity to protect the Earth's wildlife, lands, oceans, atmosphere and forests may delay the process, but will inevitably fail.

The Hodgman Law to suppress all effective on-site campaigning to save the planet's living biosphere has the added flaw of seeking to prevent effective protest against any business for any other reason.

Put back in time, it would have been equally used to prevent the abolition of slavery, to prevent women getting the vote and to prevent the establishment of modern, democratic India. This is law which would have stopped the creation of the society we value so highly today. 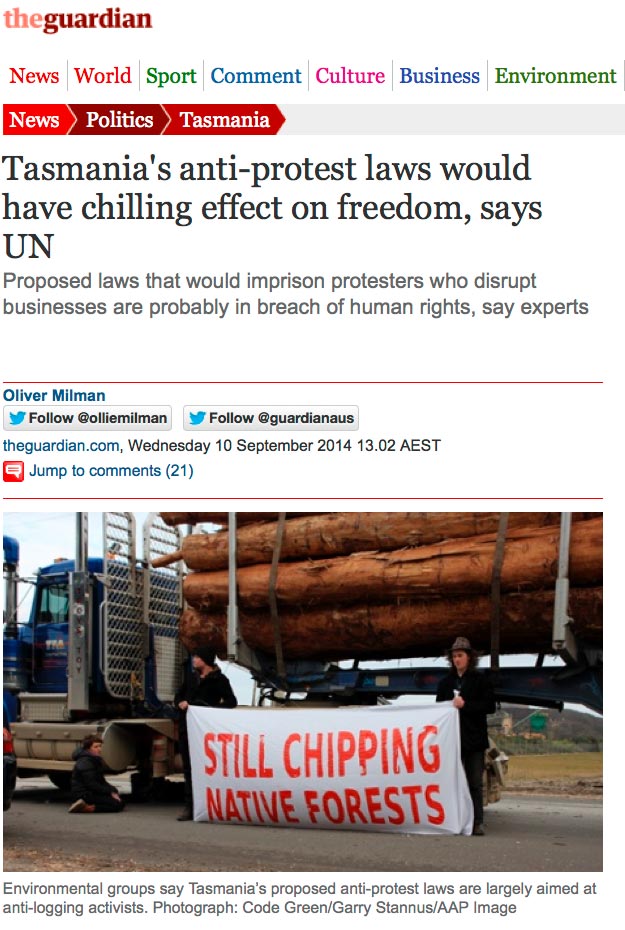 Proposed laws that would imprison protesters who disrupt businesses are probably in breach of human rights, say experts.

A team of United Nations experts has expressed concern to the Australian government over tough new anti-protest laws in Tasmania that it says would have a “chilling effect” on freedoms.

The Tasmanian legislation, which is being considered by the state’s upper house, would impose mandatory fines and prison terms on protesters who are deemed to interfere with the operations of a business.

Protesters could face a three-month jail term for a second offence.

GENEVA (9 September 2014) - Three UN human rights experts have urged the State Parliament of Tasmania in Australia to refrain from adopting legislation against protests that disrupt businesses. The proposed bill, the experts say, could silence legitimate and lawful protests, is disproportionate and targets specific issues such as the environment.

“If passed, the law would almost certainly run afoul of Australia’s human rights obligations, which Tasmania is also obliged to uphold. State governments in Australia need to ensure the legislation they adopt is in line with the country’s international obligations under international human rights law,” they said. 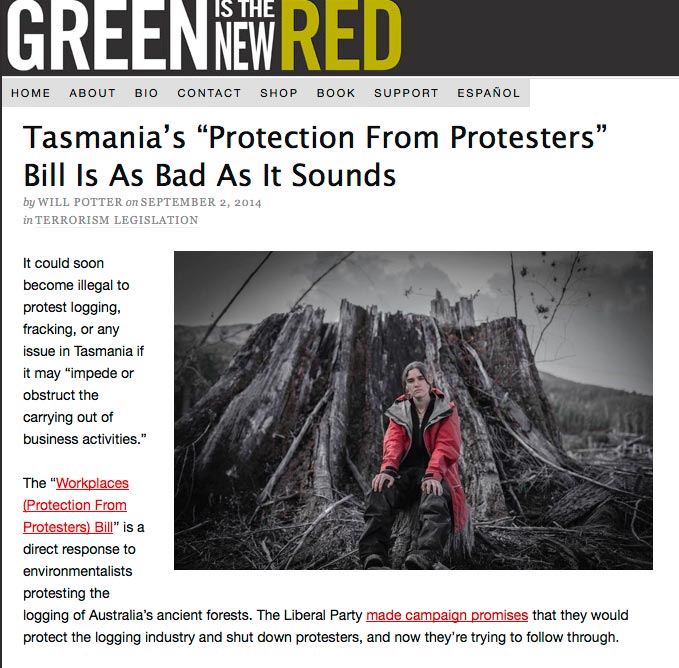 It could soon become illegal to protest logging, fracking, or any issue in Tasmania if it may “impede or obstruct the carrying out of business activities.”

The “Workplaces (Protection From Protesters) Bill” is a direct response to environmentalists protesting the logging of Australia’s ancient forests. The Liberal Party made campaign promises that they would protect the logging industry and shut down protesters, and now they’re trying to follow through.

The bill includes on-the-spot fines of up to $10,000, and a mandatory three-month jail sentence for second offenses. It would be the first time mandatory sentences have ever been imposed in Tasmania.

And any organizations that “incite or encourage this illegal behaviour” could be fined up to $100,000. 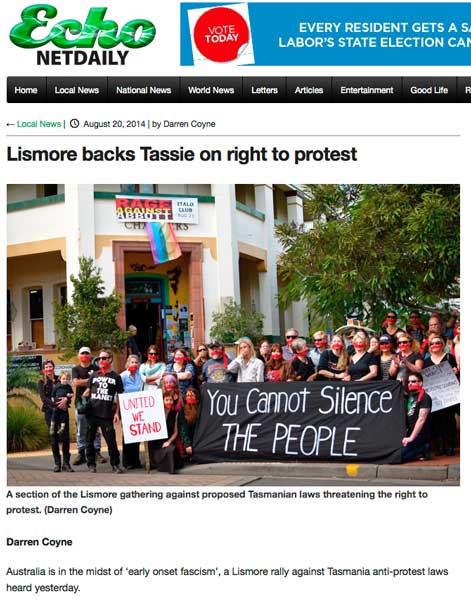 On Tuesday, 100 people in Lismore gathered in solidarity to protests happening around the country in opposition to the Tasmania laws, which if implemented in NSW, would have led to fines of up to $2000 for Bentley anti-CSG protesters, and three month jail terms for second offences.

Read the full story on the Echo NETDAILY.

Address by Rodney Croome to Rally Against Anti-Protest Laws 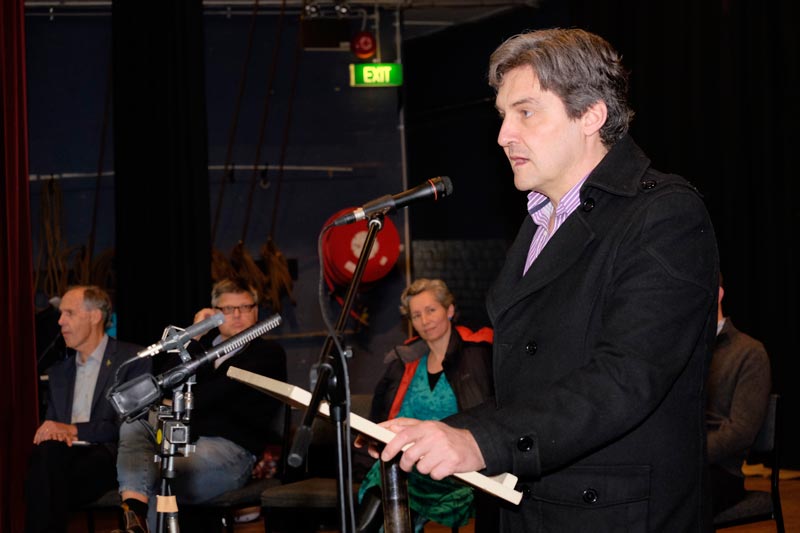 Twenty six years ago in September 1988 the Hobart City Council banned a Salamanca Market stall belonging to the Tasmanian Gay and Lesbian Rights Group because it “didn’t want any homosexuals in its family market”. 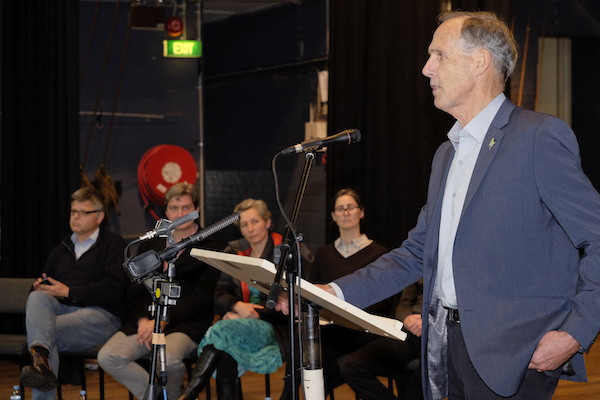 Earth's living mantle is being degraded at the fastest rate in human history. Every day we 7.5 billion people wake to fewer forests, woodlands and grasslands, less wild coastline and coral reef, less arable land, fewer glaciers and icecaps, more acidic oceans and more extinct species of wildlife than ever before. 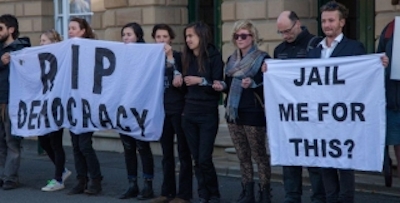 (Geneva) – The Australian state of Tasmania should dump a repressive bill which will criminalise protests against mining, logging and other business operations, the International Service for Human Rights said today.