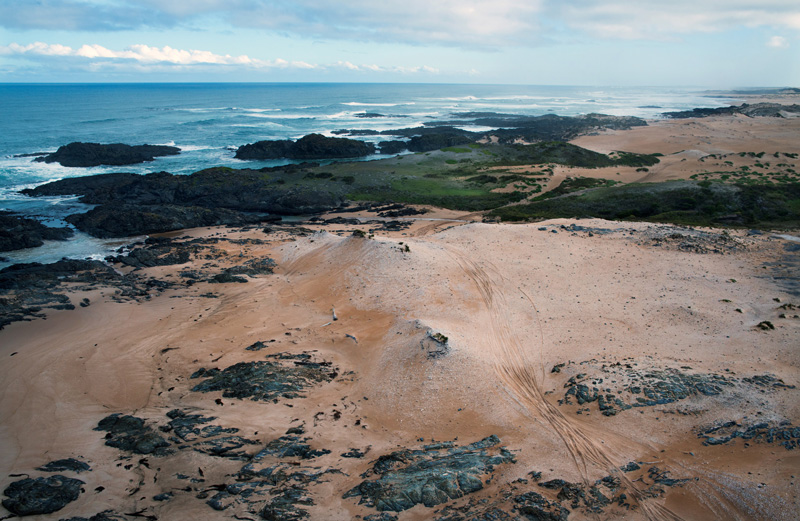 4WD tracks on takayna/Tarkine coast documented during the past twelve months when a court injunction was in place to prevent access to these cultural significant areas. Photo: Chris Crerar

Bob Brown Foundation calls on the Tasmanian Premier and Minister for Aboriginal Affairs Will Hodgman, to reverse the decision to open off-road vehicle tracks on takayna/Tarkine coast.

Bob Brown Foundation Campaign Manager Jenny Weber stated today, ‘It is internationally embarrassing that a Minister of the Government would support damaging off-road vehicle access to one of Australia’s richest examples of Aboriginal cultural heritage such as we saw today by Minister Adam Brooks.’

‘The thousands of years of indigenous history on the takayna/Tarkine coast is more important than a short generational history of people who have driven damaging vehicles across this vast landscape of wild country that has recognisable global significance. Worse still is the fact that despite a High Court injunction that forced closure of the tracks, there has been ongoing users on these tracks, breaking down fences, trashing middens and zero effort by the Tasmanian Government to bolster resources to police and prevent these acts of vandalism,’ Jenny Weber said.

‘Aboriginal heritage sites on the takayna/Tarkine coast are under-recognised, inadequately protected and repeatedly disrespected. Their values are degraded by a lack of funding, mismanagement, neglect and wilful abuse such as vehicular damage to middens, vandalism and theft. Rather than encouraging racist attitudes that purport recreational driving across middens sites and environmental desecration is acceptable. The Government has responsibility to improving the public’s knowledge and understanding of the Aboriginal community’s living cultural connection to takayna/Tarkine, ensuring truthful engagement with Tasmania’s Aboriginal people and recognition and protection of this outstandingly rich cultural landscape,’ Jenny Weber said.