Bob Brown Foundation and community members have set up camp in a threatened forest canopy in Tasmania’s Tarkine. Four climbers are camping in the canopy of an area of old-growth rainforest, that was recently scheduled to be logged.

“Our protest camp is in threatened forests just behind the Sumac lookout on the Tarkine Drive, a well-known tourist destination in northwest Tasmania. These forests are habitat for the endangered Tasmanian Devil, while conducting our annual BioBlitz in 2017 we recorded images of the devil in the proposed logging area.” 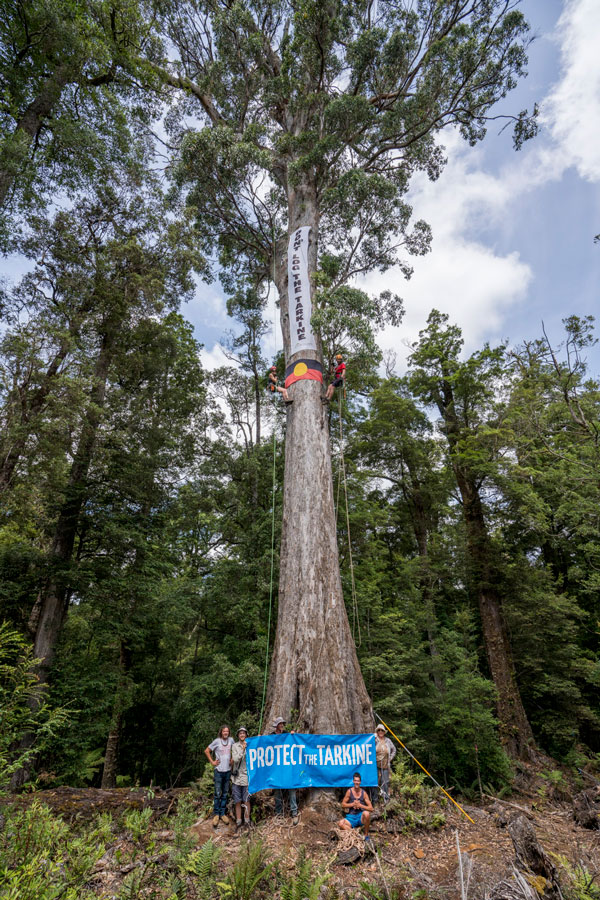 “Premier Hodgman is responsible for logging Tasmania’s wild and beautiful scenery while the northwest tourism-reliant economy is the loser,” Jenny Weber said.

“Our foundation is calling for the protection of these forests as part of a new takayna / Tarkine National Park. Our peaceful demonstration by citizens in these threatened forests is protecting an ancient and important part of the Tarkine from imminent logging,” Jenny Weber said.

“The next Tasmanian government can permanently protect takayna / Tarkine or destroy it.  As a Tasmanian election looms, our Foundation is rallying support for protection of this last wild place with a state-wide advertising campaign, frontline action and a March for Tarkine to be held in Hobart in late February,” Jenny Weber said.