You're invited to attend this meeting as we prepare for future actions over Summer. The campaign to win protection for takayna / Tarkine needs our engagement.

The Tarkine is under immense pressure with a summer of logging proposed in endangered species habitats, rainforests that have been protected for decades now threatened from logging and a push for off-road vehicles to be allowed to drive over one of Australia's most significant and richest Aboriginal cultural landscapes.

Come see what's on the campaign calendar and what you can sign up to over the next several months and get in on the action. 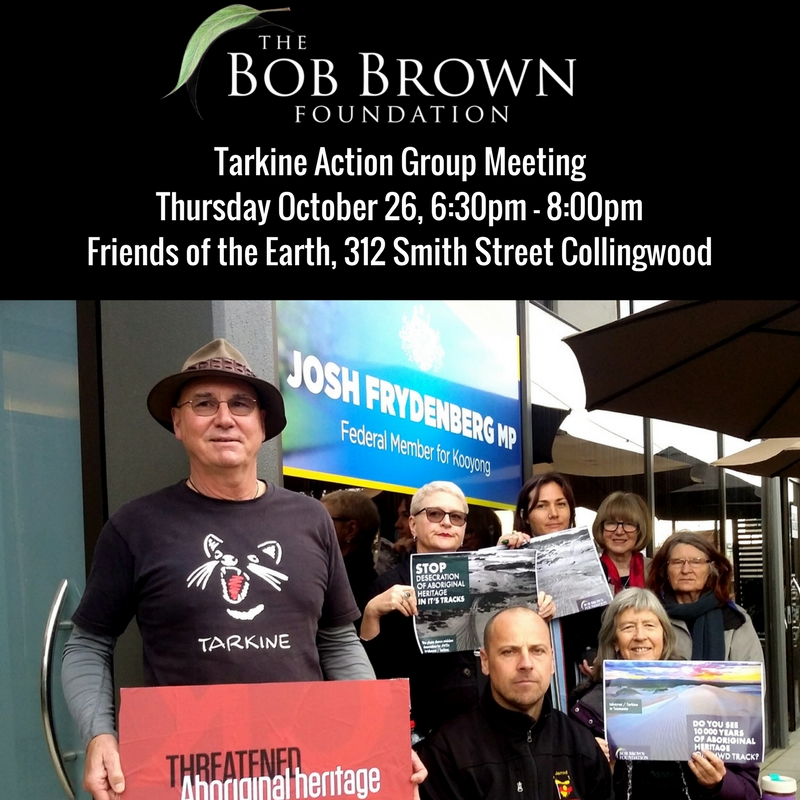