This morning Forestry Tasmania has confirmed that the contentious and threatened Tarkine coupes have not been logged before. Bob Brown Foundation campaigners and community members have been camping in the threatened forests on the banks of the Frankland River since the 14th February, after Forestry Tasmania informed the Foundation campaigners that they intended to log the forests in February.

“The Frankland River forests should never have had roads pushed into them by Forestry Tasmania, but there is still time to halt the proposed logging and secure protection for the old growth forests,” Jenny Weber from the Bob Brown Foundation said today.

“Logging in the Tarkine’s Frankland River forests has been delayed for the past month as community members have been camping and treesitting in the threatened forests, conducting wildlife surveys, recording 42 species of birds, mammals and invertebrates in the short time. The endangered Masked Owl has been recorded each night for the past nine” Bob Brown Foundation’s campaign manager Jenny Weber said.

“I have been seeking information from Forestry Tasmania for the past two years on these threatened forests with the aim to raise awareness about their conservation values and the threat of destruction. This week, I was informed by the District Forester that Forestry Tasmania will not be providing me with any further information with regards their planned logging in the Tarkine, due to our ‘protest activity and publicly stated intent’. I called the stakeholder engagement coordinator at Forestry Tasmania to express concern at this lack of cooperation and transparency.  I also questioned a public statement printed today in the Circular Head Chronicle that ‘It is land that has been previously harvested’, I was informed that this was a misquote and incorrect,” Jenny Weber said.

“Bob Brown Foundation is campaigning for the protection of the Tarkine in a National Park and these forests are at the heart of the proposed reserve. They are old growth forests, and rather than destroying the unique and fragile landscape, the Tasmanian government can protect their high conservation values. Logging of native forests in Tasmania comes at a huge cost to the environment, economy, climate, and the taxpayer,” Jenny Weber said.

“Tasmanian MP, Joan Rylah, has been claiming that these forests have been logged before. A claim that has been debunked by Forestry Tasmania, who have confirmed that these forests have not been previously logged. These forests are old growth eucalyptus forests with rainforest understorey. Forestry Tasmania only pushed in new roads for logging in 2010. The forests are contiguous with 6000 hectares of intact forests in the Sumac Regional Reserve,” Jenny Weber said. 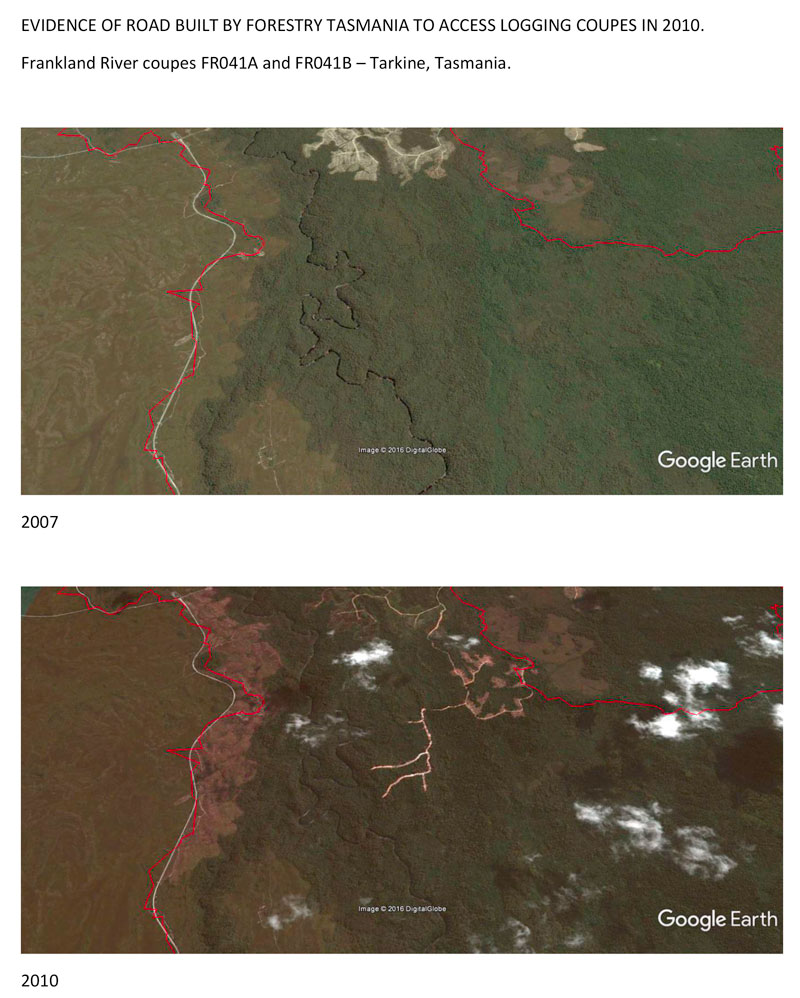 Meanwhile, Joan Rylah MP has had vile and threatening comments from her supporters on her Facebook page, that threaten violence to the community members conducting themselves peacefully in these threatened forests. (see attached copies of these threats)

“Today, World Wildlife Day celebrates and raises awareness of the world’s animals and plants, while Tasmania’s Government pushes ahead to log the habitat of many vulnerable and endangered species in the Tarkine. The forests planned for logging on the banks of the Frankland River are home to the federally listed vulnerable species, the world’s largest freshwater crayfish, Astacopsis gouldi, and federally listed endangered species, the Tasmanian wedge-tailed eagle, Masked Owl and Tasmanian Devil,” Jenny Weber said.

Copies of threats on Joan Rylah's Facebook page may be downloaded from these links: