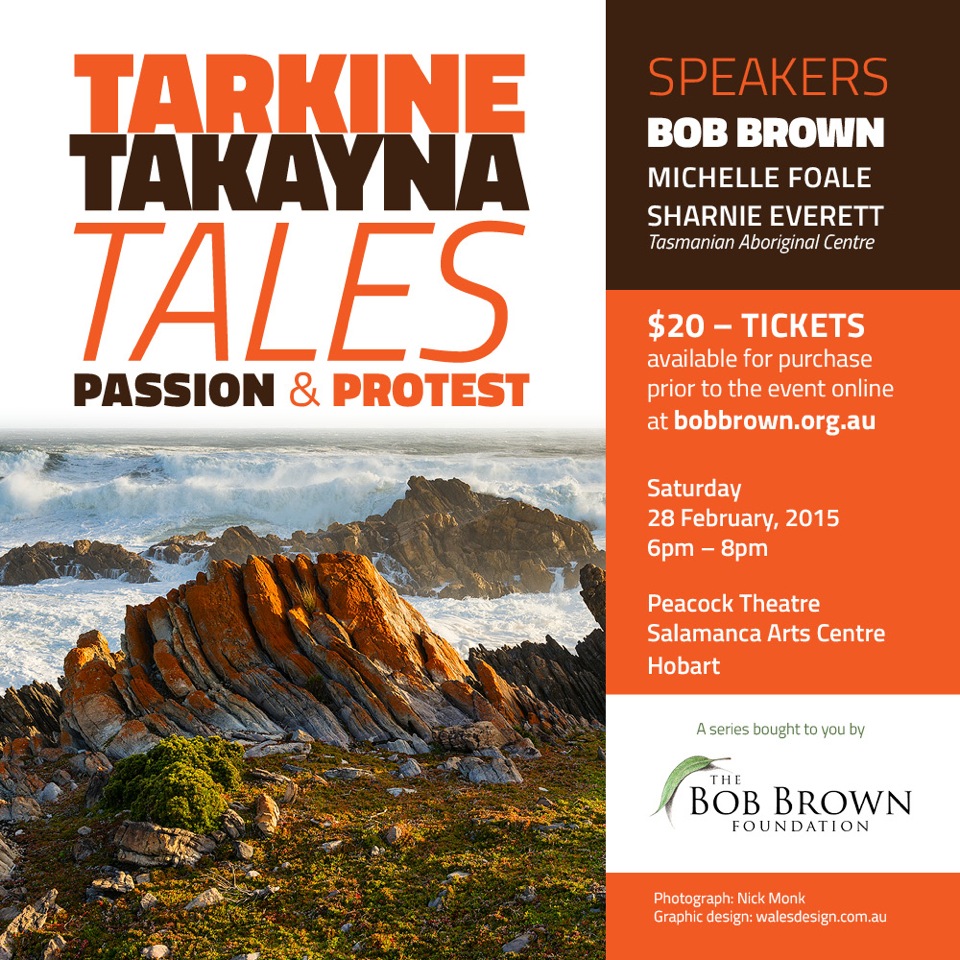 For decades, the Tarkine has inspired passion & protest in people campaigning to protect this remarkable place.

In the first of our series of Tarkine Tales, hear Bob Brown on 40 years of passion for this wild landscape, Michelle Foale on the heart of the protest movement in the 90s and Sharnie Everett on the Tarkine's Aboriginal heritage.

With a slide show by some of Tasmania's leading photographers.