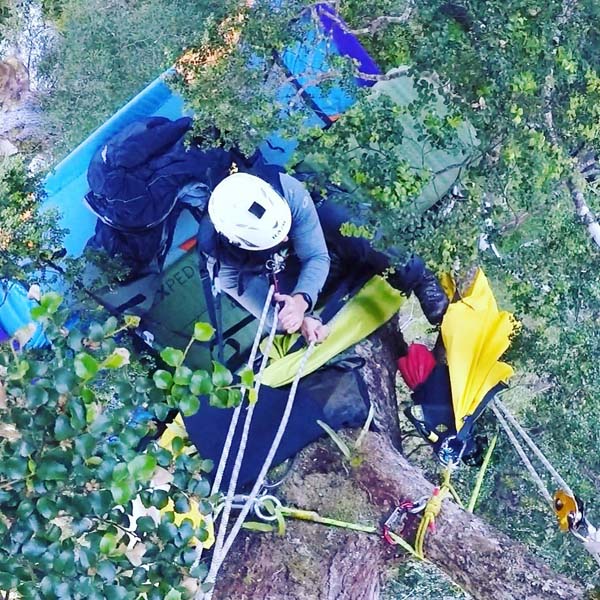 It’s been 18 days since I began occupying the Frankland River logging coup and sleeping 20 metres up a 300-400 year old myrtle with fellow conservationists who also believe the Tarkine should be recognised for its World Heritage values and protected as a National Park. The area we are occupying, along with about a dozen others, is slated for logging this year by (and it’s hard for me to bring myself to say the words) ‘Sustainable Timber Tasmania’, formerly known as Forestry Tasmania. I have to admit that until now, even though I’ve known about old growth logging in Tassie, I’ve been pretty ignorant about the true gravity of the situation down here.

Over the last two and a half weeks I’ve learnt that the forestry industry is haemorrhaging money and every year the Tasmanian Government spends tens of millions of taxpayer dollars that could be used to fund schools, hospitals and other public services on subsidising about 700 jobs state wide.  I’ve learnt that tourism in Tarkine / takayna would earn Tasmania the same amount of money that forestry loses each year and easily employs more people. 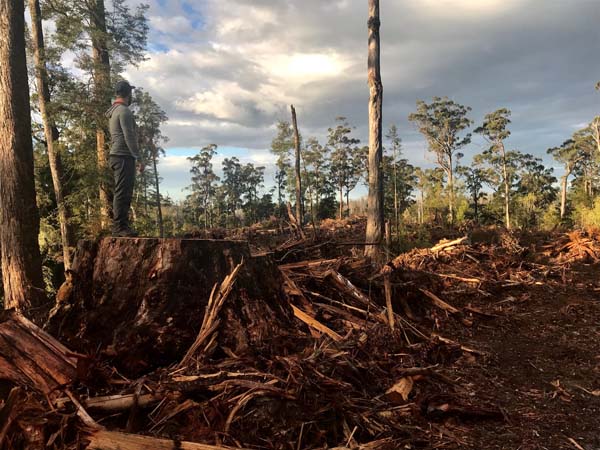 I’ve also learnt that after an area of old growth forest has been logged, it’s then burnt, and regrowth is managed in such a way that it becomes a monoculture, devoid of biodiversity, and the soil will only support three plantation harvests before it’s no good. This knowledge combined with what I’ve seen on the ground, in both intact forests such as Frankland River and freshly destroyed areas such as rapid river, where the leaves on the fallen, crushed trees were still green and you could still smell the eucalyptus and see the mountains of waste-wood left to be burnt, has left me wondering how on earth this could be happening in 2018? I really can’t understand it. 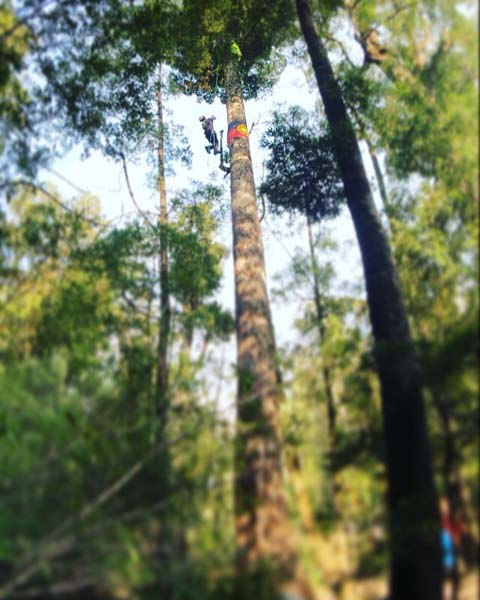 I work for myself as a climbing arborist and I’m down here from Sydney to lend my climbing skills to the campaign. I’ve been prepared to be arrested to prevent any more of this incredible wilderness from being unnecessarily lost. A lack of political will means the only thing that can stop this madness is people getting out of their comfort zones and into the way of the machines.