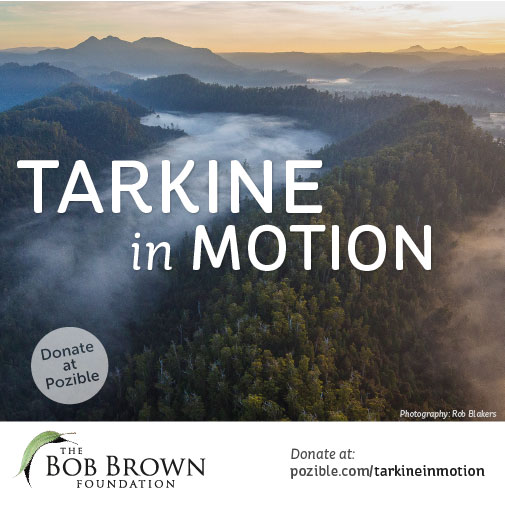 In April 2015, 40 photographers, filmmakers, musicians and artists will journey into the Tarkine to document its wild, scenic beauty as never before – producing a stunning 30-minute documentary portrait of this threatened wilderness.

Curated by Tasmanian Wilderness Photographer and film maker, Dan Broun and the Bob Brown Foundation, Tarkine In Motion is a multi-platform project that will culminate in a film & exhibition of art created in the heart of Tarkine, one of the last great wilderness areas on the planet.

Some of the artists and volunteers meeting in the Bob Brown Foundation offices in Hobart to prepare for the Tarkine in Motion project. Photo: Francois Fourie

We are campaigning to have 450,000 hectares of the Tarkine declared a national park and World Heritage Area so that future generations can enjoy the Tarkine’s outstanding natural and cultural heritage.

Our Foundation has launched a Pozible campaign to crowd-fund Tarkine in Motion. Visit pozible.com/tarkineinmotion to pledge your financial support for this unique project.

With your support, this project will help protect the Tarkine by capturing, celebrating and sharing its unique landscapes with the world.