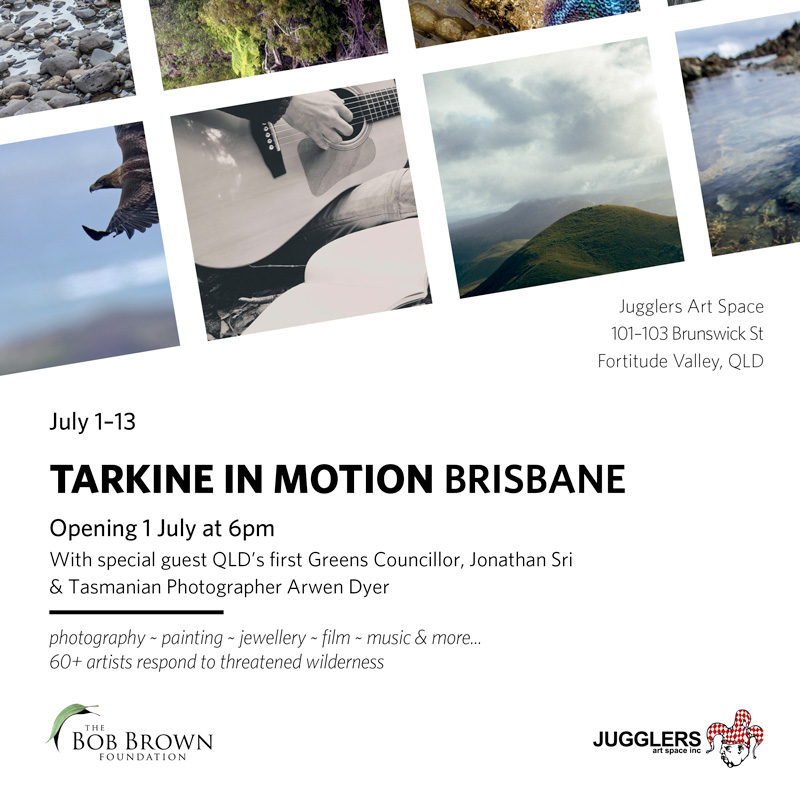 Tarkine in Motion is appearing as a collaborative exhibition in Jugglers Art Space from Friday July 1 to Wednesday July 13 2016.

Johathon Sri & Tasmanian Photographer Arwen Dyer will be opening this Tarkine in Motion exhibition at 6pm on Friday July 1, 2016

This exhibition will be open 10am - 4pm every day.

Tarkine in Motion brings together artists who were involved in a collaborative project designed to capture the wild and scenic landscapes of the threatened and remote region of the takayna/Tarkine in North West Tasmania, Australia.

Over Easter for the last two years 150 artists spent three days in the wild with one goal: capture the takayna/Tarkine and spread a message to the world to protect the threatened wilderness. Participants included videographers, writers, musicians, painters, print-makers, dancers and photographers. This is Tarkine in Motion.

“This exhibition is about the impact of the takayna/Tarkine on those artists and which awaits use all in its rainforests, wide button grass plains, mountain ranges and boisterous seashores.” – BOB BROWN

Bob Brown Foundation is campaigning to have 450,000 hectares of the takayna/Tarkine declared a national park and World Heritage Area.

The Tarkine in Motion exhibition catalog is shown below.