Saturday night finally arrived at Que Rd rainforest camp after near taking the Corolla down the wrong forestry Rd, which could have led to a bogged vehicle in remote country with no mobile access.

The rainforest was delightful, old Myrtles, Tree Ferns and Moss a world of deep greens and browns. Slowly and gradually we met the other artists with relaxed and content demeanours, some of whom were playing musical instruments, a gentle drum, guitar and flute. 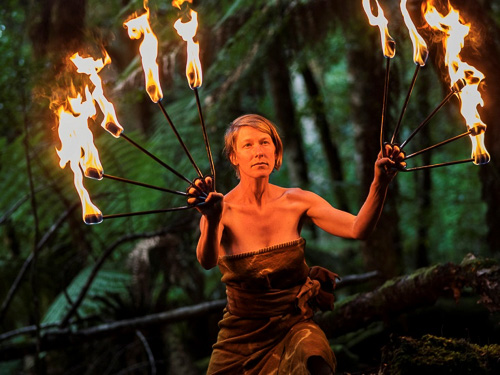 Shelley (Cusiter) told us she would shortly be performing a fire dance for the forest which is unfortunately scheduled to be logged this year. We sat on a log while Shelley gave an intense, mesmerising trance like Fire dance, expressing both strength and support for the forest and also grief for the logging.

I photographed the dance in low light without flash. Unusually for me using the natural light created by fire. 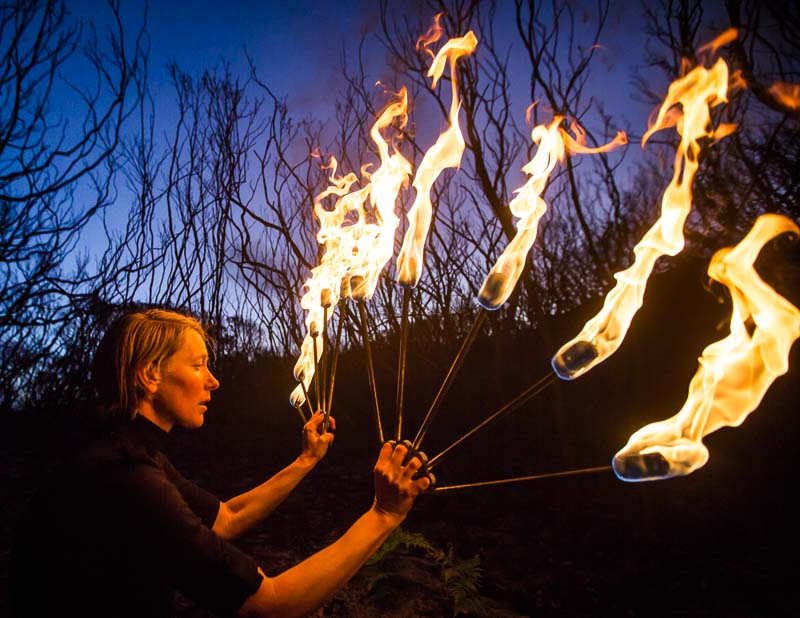 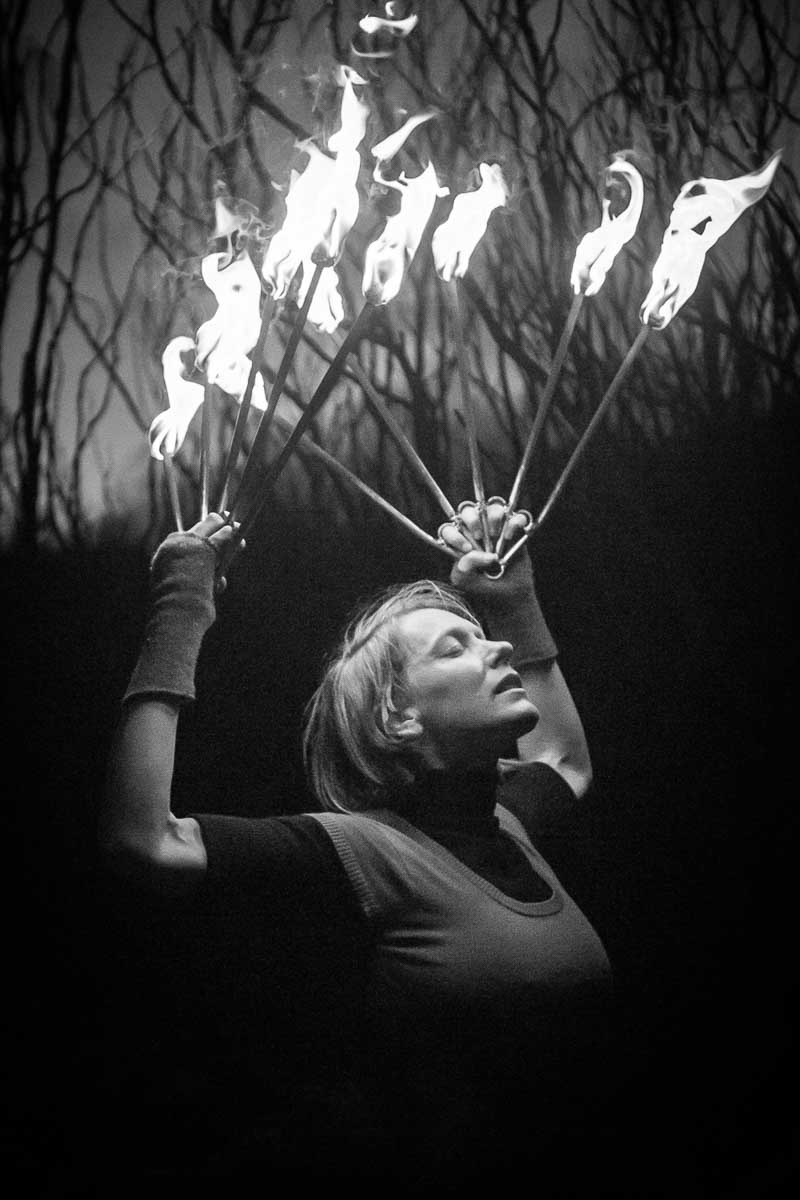 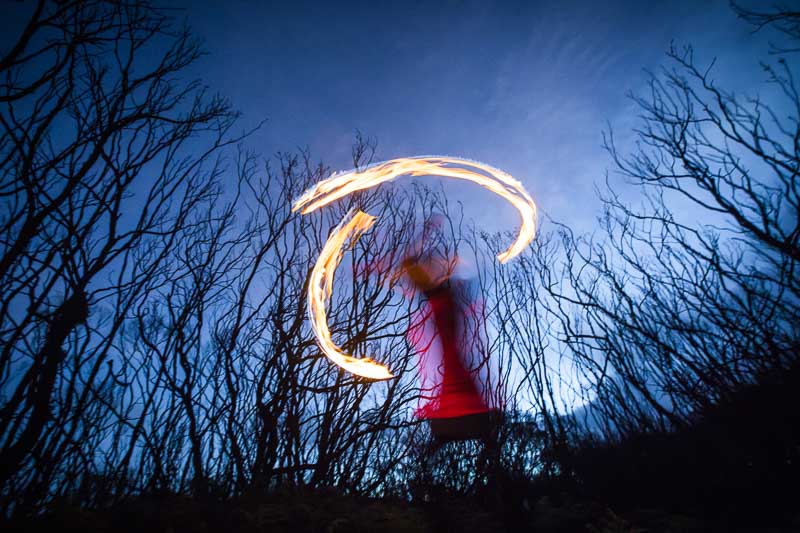