In an embarrassing blow for the Tasmanian government’s attempt to open controversial off-road vehicle tracks on the takayna / Tarkine coast, today the Commonwealth Department of Environment and Energy has decided that the tracks cannot proceed without assessment and approval under the EPBC Act. 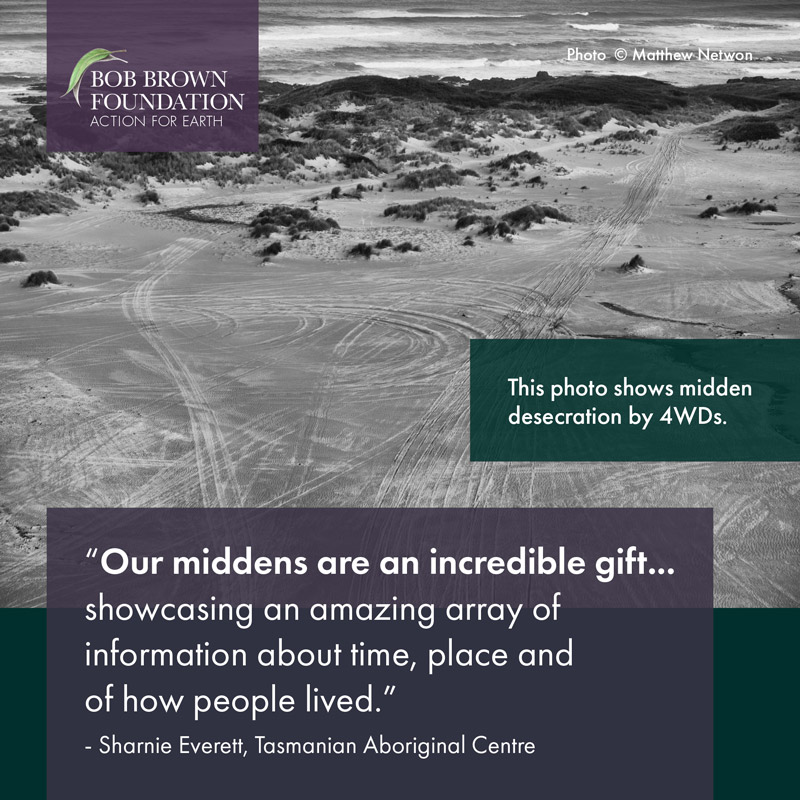 “Congratulations to the Federal Environment Minister (by Department of Environment and Energy delegate) on a good decision. We now look forward to a proper and rigorous environmental assessment,” Bob Brown Foundation’s Jenny Weber said.

“The Bob Brown Foundation activated more than 1000 people to make submissions to the Commonwealth government in opposition to the Tasmanian government’s shameful push to open this fragile coastline to off-road vehicles,” Jenny Weber said.

“Premier Hodgman can still withdraw his shameful plans to open these tracks and provide secure protection for this National Heritage listed landscape. He should remove the threat of cultural and environmental vandalism by off-road vehicles, keep the tracks closed,” Jenny Weber said.

“It is a national shame to have vehicles smashing through one of Australia’s most significant and richest Aboriginal heritage landscapes, where critically endangered and other threatened species rely on an intact wild coastline for survival.  If Minister Frydenberg cannot deliver protection for this national heritage listed landscape then what is a Federal Environment Minister for,” Jenny Weber said.