‘takayna / Tarkine remains today a rare gem of natural intactness in a world where the destruction of wild nature is rampant and accelerating. It should also be one of the easiest in the world to protect. Comprising just seven percent of Tasmania, the Tarkine contains the nation’s largest temperate rainforest, a galaxy of its rare and endangered wildlife and some of the richest Aboriginal heritage in the hemisphere. The latter has been inscribed on the list of National Heritage. The cleanest air in the world, as measured by the nearby UN monitoring station, blows across the Tarkine’s shores.’

The Australian Heritage Council found takayna / Tarkine to be of outstanding heritage value and recommended it be entered on the National Heritage List. In 2013 the Australian Government failed to list the full recommended area. The Aboriginal heritage coastline that was placed on the National Heritage list still suffers severe damage to its cultural values from off-road vehicles.

The Tarkine remains a stronghold for Earth’s largest living marsupial carnivore, the Tasmanian Devil. This region is also prime habitat for giant Wedge-tailed Eagles, White Goshawks, quolls, wombats and platypuses. The world’s biggest freshwater invertebrate species is found in a small number of rivers in Tasmania’s north, including rivers of the Tarkine: Astacopsis gouldi, the Giant Tasmanian Freshwater Crayfish, grows up to a metre in length and six kilograms in weight.

“Our middens are an incredible gift, telling us much more than just what people ate, but showcasing an array of information about time, place and of how people lived. Layers of shells representing generations of knowledge left for all of us to learn from. When these middens are crushed by the force of vehicles being driven over them it destroys this information, it changes the story, this damage is irreparable and irreversible – the story is lost forever,” 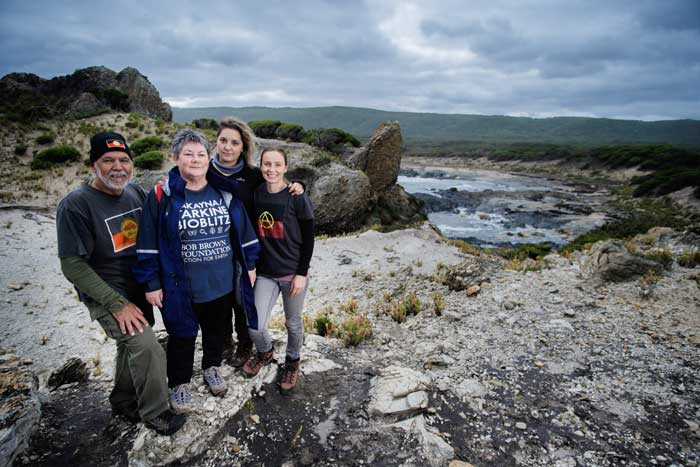 A living example of one of the most primitive vegetation formations on Earth. Providing a unique window into our planet’s ancient past, the cool temperate rainforests in takayna were once widespread across the ancient supercontinent Gondwana.

Some of the best-preserved plant fossil sites in the world, dating back 65 million years. Magnesite karst systems of caves and pinnacles considered internationally rare.

takayna / Tarkine is currently under attack from logging, mining and off-road vehicle damage.

Over 90% of the natural values in takayna / Tarkine are largely intact.

But these values are under threat from acid mine drainage, deforestation and contamination of waterways by proposed new mines.

Ancient rainforests are being flattened by logging and wildlife-rich ancient eucalyptus forests clearfelled for woodchips. Contentiously sourced wood is supplied to the controversial Borneo logging giant Ta Ann. After logging, the area is burnt with a napalm-like substance that aggravates climate change and pollutes the air.

Off-road vehicles and 4WDs that drive along the remote takayna / Tarkine coast are causing irreversible damage to the Aboriginal heritage landscape that has existed for more than 40 000 years. These vehicles have driven directly across vast areas of middens and other irreplaceable sites. Globally significant cultural values in takayna / Tarkine are under-recognised, unprotected, vandalised and repeatedly disrespected. This cultural landscape is priceless to Tasmania’s Aboriginal community, especially because of the relatively low level of post-invasion disturbance. 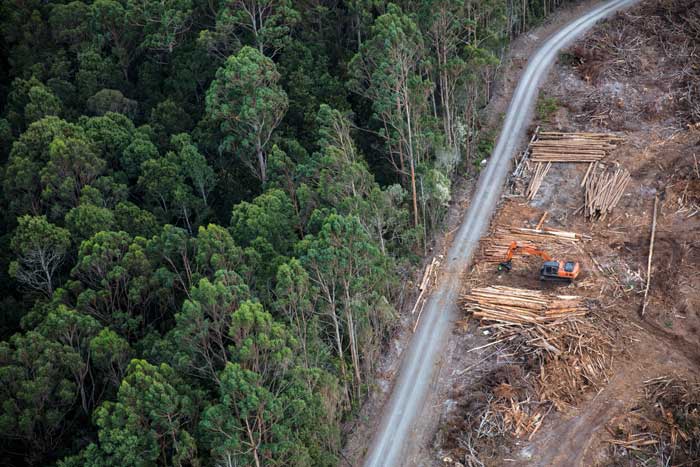 What do we do?

Bob Brown Foundation organises protests and scientific, cultural and adventure events in takayna / Tarkine. We broadcast the threats to this wild place with films, images and literature and prepare compelling economic arguments in favour of protection. 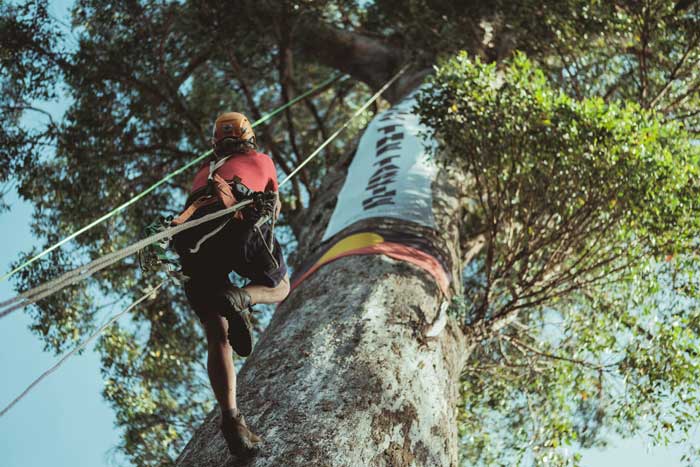 Some of our actions include: