Lisa and Erik set up lines in "Jesse tree" a giant stringy bark we named it after a Tarkine defender who passed away. Greens Senator Nick Mckim, his staffer Amanda Sully and Steve and his friends Megan and Zoe arrive. It is raining so we all pitch in to get their tents set up quickly. Nick is planning on climbing Jesse Tree in the morning and doing some media while up in the top of the canopy. Scott is busy making pizza's for the hoards. Some backpackers From France and Texas also join in for the pizza feast. 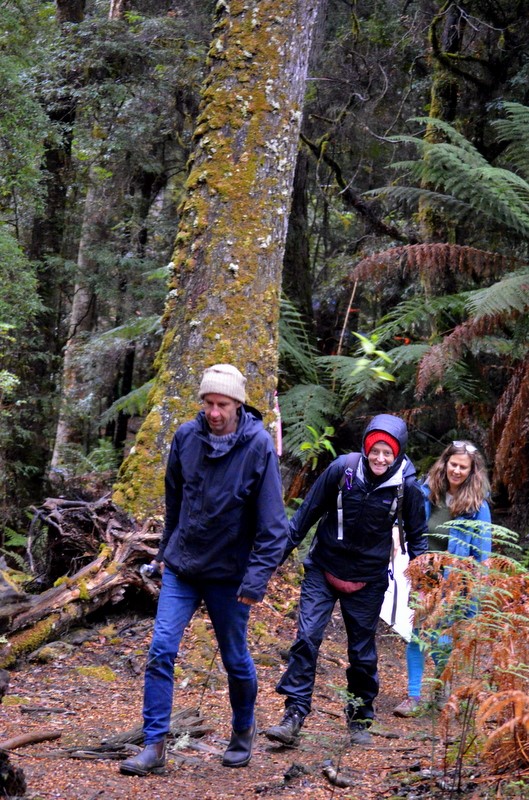 We all sit around in the bell tent talking and eating while the rain comes down.

It's an early morning rise as Nick is keen to climb and Lisa gives Nick some lessons before he can go up the tree. Tim climbs up first so he can take some photos. We all stand down below watching as they climb Jesse Tree and much joy and laughter can be heard from high up in the canopy. 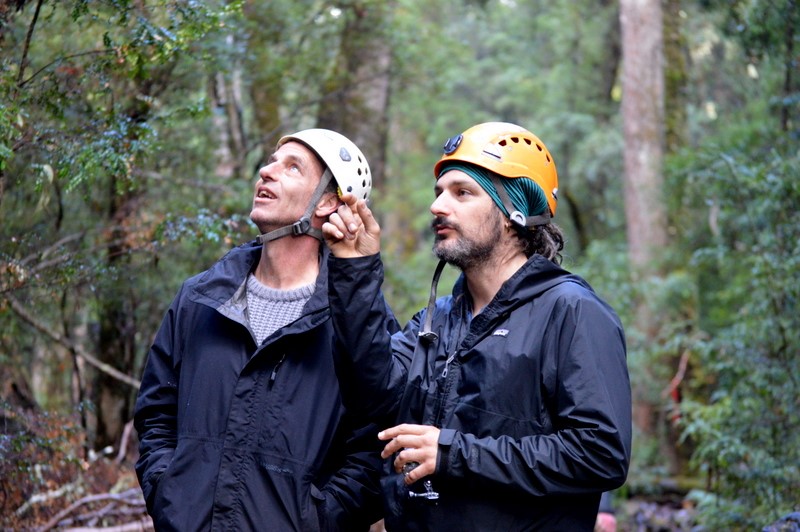 It's time for them all to head back to earth and Nick has the biggest smile and cannot control the joy he felt being up among the canopy. He's felt the power of the Sumac forest and believes it should be protected from logging and should be made a National Park. 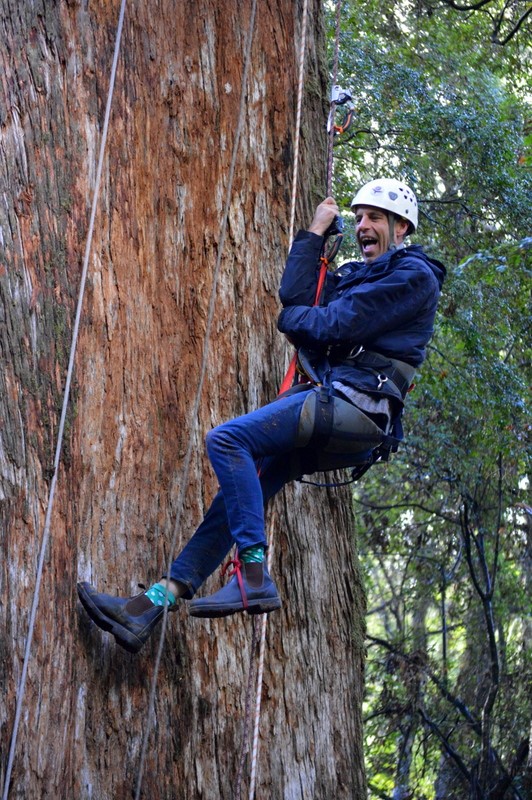 It's time for me to head home. Not far from the Sumac there was once a blackwood forest that is being clearfelled, right at this moment. It's on the major tourist route of the Tarkine and it's heartbreaking to drive past and see the destruction, so I am proud that we are standing together to protect the Sumac forest.