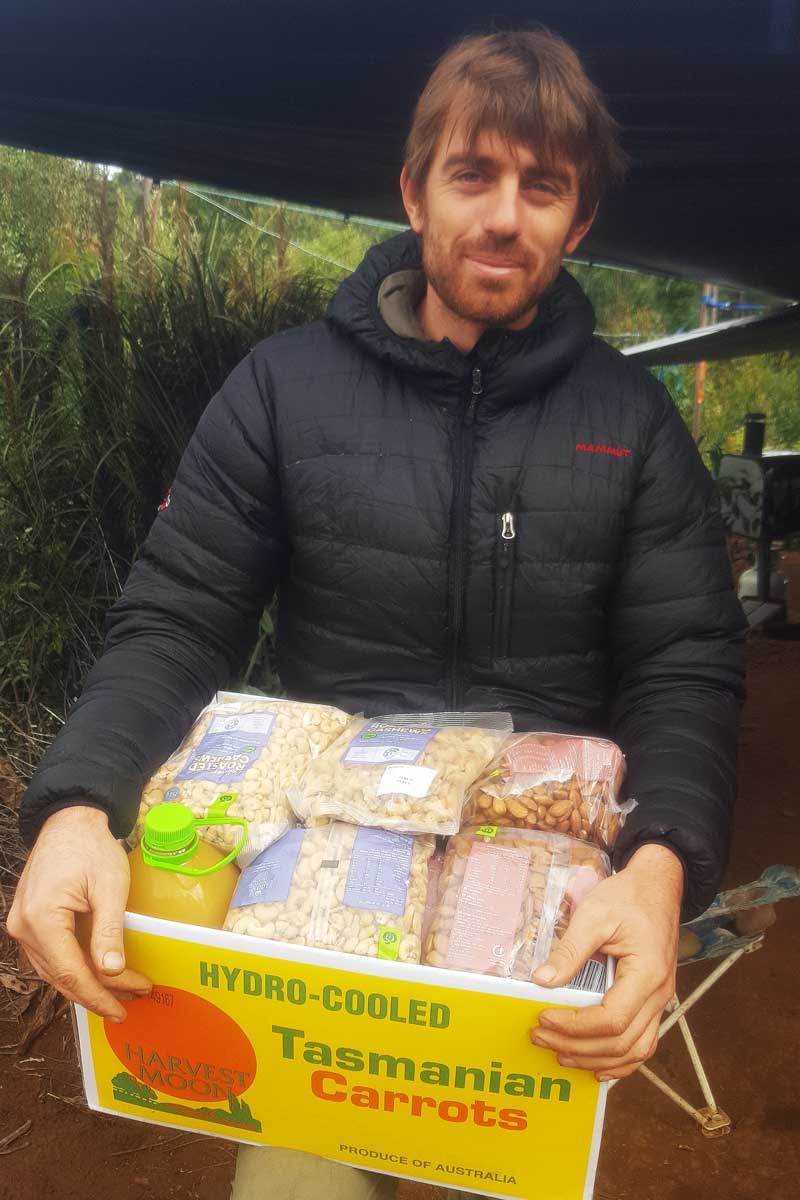 While in my tent I hear a Masked Owl letting out its blood curdling screech.  The resident spotted-tailed quoll does a yippe yip sound, it sounds close by.  I look forward to checking our fauna camera’s tomorrow.

Camp has a visit from Will from the Yatra bushwalking club, they mostly walk in silence to take in their surrounds and practice yoga and meditation, Will was letting us know that the group will visit camp tomorrow and walk into the forest. The group was so supportive and impressed by what we are doing to save the ancient forest. Will returned the next morning with a large box of nuts and goodies to donate to camp. 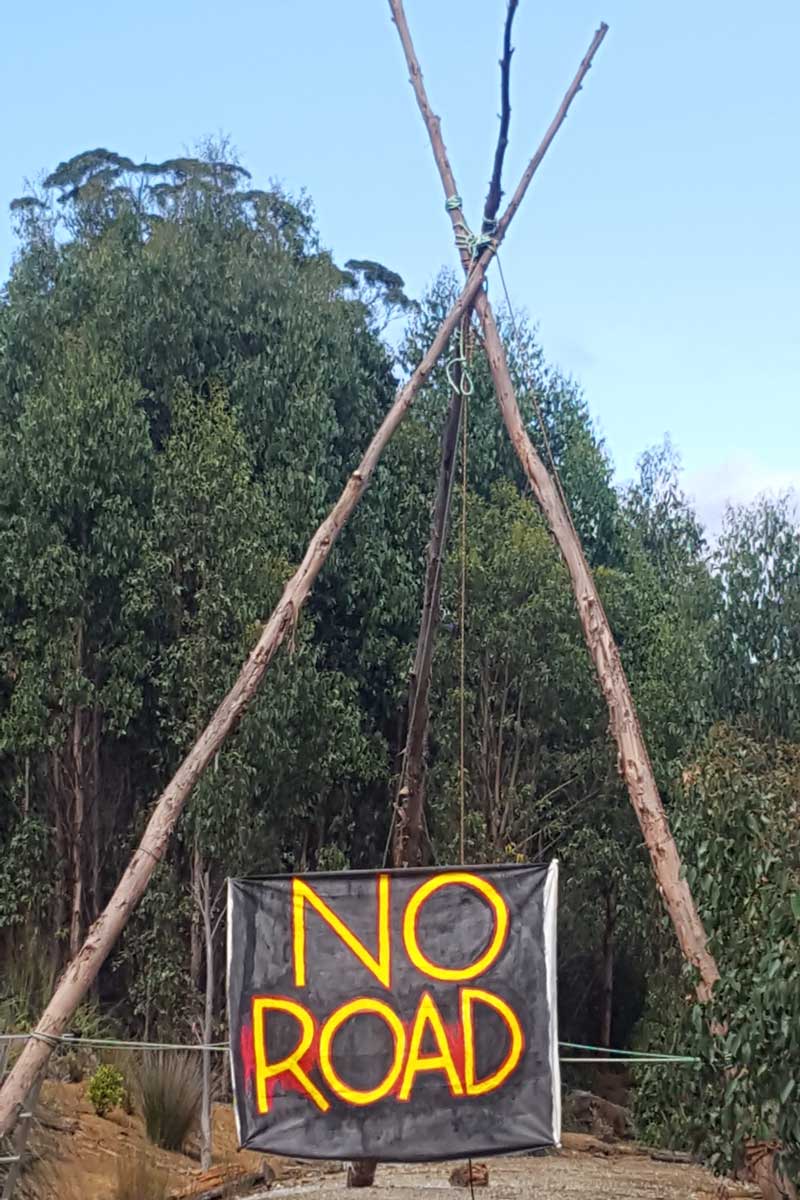 Rose makes a sign in support of the student climate strike and stood at the road entrance for all to see as they drove by.

The large log overlooking the clearfell has become camps regular sunset sitting spot, the contrast between beauty and destruction is bitter sweet. Usually at this time of the evening a pair of yellow tipped black cockatoos fly back home from their adventure. The currawong and the boobook owl call over each-other one saying goodnight the other good evening.