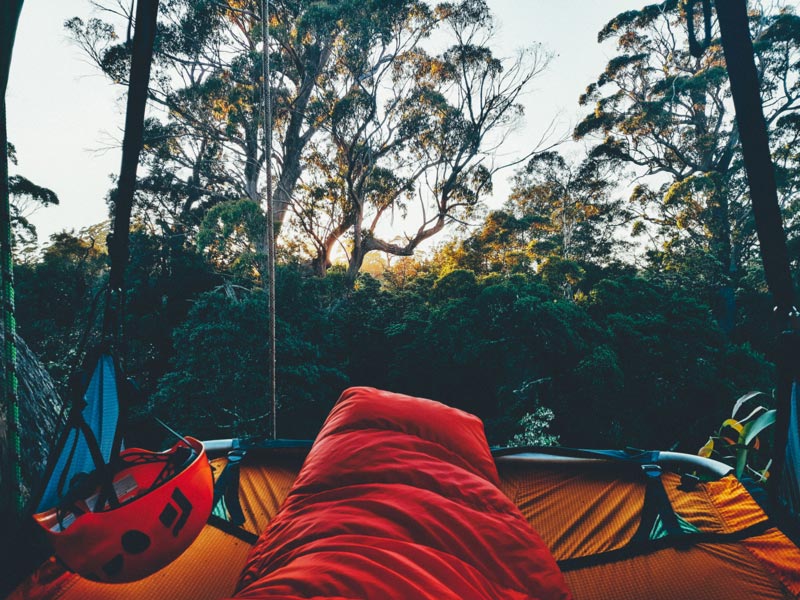 The Tarkine in North Western Tasmania had been on the peripheral of my vision for some time.

My girlfriend, Calandra, encouraged me to visit the Sumac Blockade so that I could see for myself the grandeur of the forests and the result of the clear fell logging taking place.

Being my first time at a blockade I wasn't sure what to expect... Police? Angry loggers? Bongo-drum circles?

In the end we were just met by a friendly woman named Tanya, who welcomed us to the site with a cup of tea.

It was a stinking hot summer day, and I admit that I was disappointed by the natural scene we'd driven so far to see.  Dusty orange clay and a few Eucalypts.

I assumed that in reality we must be somewhere far from the forests of the Tarkine, and the thought of spending 3 days here seemed dreary at best.

"They started building a road here," explained Tanya, "but we've stopped them with this camp".

Why? I thought to myself.

Reading my mind, Tanya adds, "Come on, I'll show you the forest". 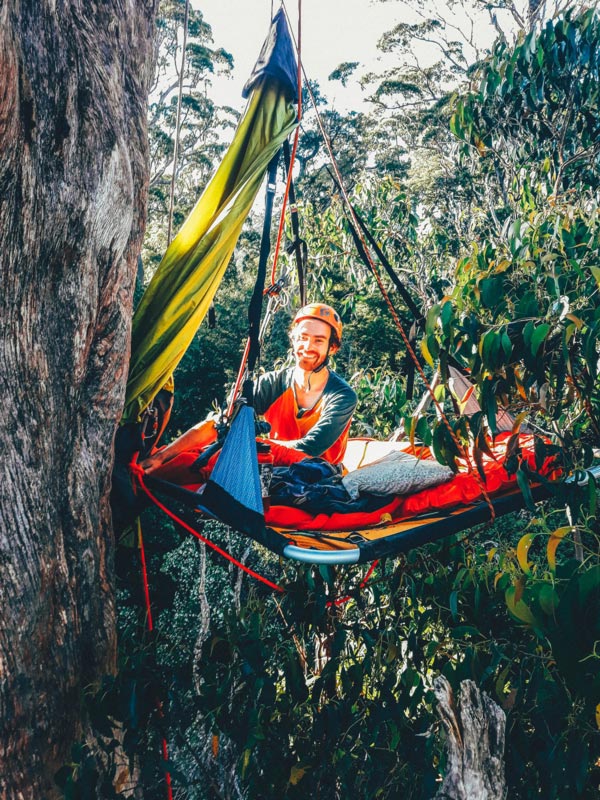 I honestly did not believe that there could be one.

Within 200m of walking we began to wind between numerous dried and dead tree trunks lying around the path.

Then, suddenly, the atmosphere changed in a moment.  The temperature dropped by several degrees and the harsh sun was blocked by an obviously very old, and very quiet rainforest.

It truly felt like teleportation, it's hard to describe.

"Look up there", said Tanya, pointing at what I thought would be something in the sky.

I looked up and saw, at the top of what could only be the tallest tree I'd ever seen, a person.

We walked to the base of the tree where, strewn across a tarp, was a myriad of carabiners, pulleys, harnesses and helmets.

Beside it all was a portaledge; a 2m x 1.5m rectangular metal frame with thick nylon fabric stretched across it.
Rock climbers use these contraptions to sleep on the side of massive cliff faces.

"Hey Steve!" I yell up the tree, "Is anyone using this portaledge tonight?"

Then a distant yell comes back from the canopy, "It's all yours if you want to join me!"

I'm not sure what had prompted my decision. It wasn't about protest, I wasn't chained to machinery, I wasn't at risk of arrest.

I've always been a bit of a thrill seeker and I know a rare opportunity when I see one.

So Steve came down, we talked through the systems, and up we went.

We pulled up the portaledge and I got settled for the night.

As I lay beneath the stars (still tied in of course), I felt connected to a place more than I think I have ever been before. It's a surreal experience to sleep among the leaves, 40m off the ground.

Beneath me was the second largest cool-temperate rainforest in the world, home to many endemic and endangered species of flora and fauna, and sadly it is currently being logged for pulp.

I guarantee that this tree gave me more joy being itself than it ever could as toilet paper.

I invite anyone in Tasmania to visit the Tarkine Sumac Blockade so that you may understand as I didn’t, then love as I do now, then protect a global treasure as I plan to.

Don’t miss out on the Franklin River protest of our age.