Arrive in camp to find Kasey has returned from NSW and is planning on moving to Tassie, lucky Sumac camp. Clair has also returned and has been spending quite along time on and off here, she has a friend with her Dave a Canadian who is living up north Queensland, Clair will be missed when she leaves Tassie.

The weather is heating up and we take it in turns to go swimming at the Arthur river at the bridge, which is only a 5 minute drive or a 15 mintue walk down the steep track just near camp. Also we take turns to visit the rainforest and our newly named creek called the defenders creek, we had a few names picked out but most have already been taken.

A family of 4 call in and share their lunch with us after returning from a walk to Defenders Creek.

Had a visit from the honey man who's bee hives we pass on the way up from the Sumac lookout, he donated a tub of this liquid gold, which the camp devoured quickly.

Lydia and Hannah return to the Tarkine, Lydia is a very talented artist and spends much of her time sketching leaves and plants from the Sumac, Hannah sets up a slackline in the forest, and sleeps in one of the portaledges.

Kate and Willis arrive they are young animal activist from Hobart, what a ray of sunshine these 2 are, they spend time walking to the defenders creek, swimming in the Arthur river, whittling the dead myrtle tree Iv have collected, for people to experience the joy of carving this beautiful timber for the first time.

Steve Pearce arrives (from the Tree Project) and a big supporter of ours, Steve is straight into action and sets up his bed high in Jesse tree. He then gets to taking down the 3 portaledges with the help of Macalia and places them in the forest for easy access for sleeping in. Everyone wants to sleep in portaledeges, so they are all booked out for the 3 nights.

3 young guys turn up to spend couple nights, they are happy to be sleeping in the portaledges, they set up a slackline in the forest and we all have try at balancing. they have started up a Tasmanian hemp seed food company. 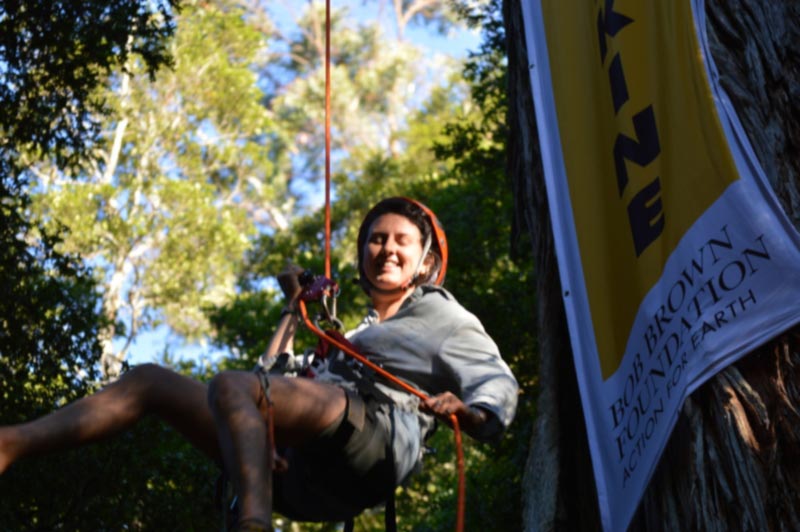 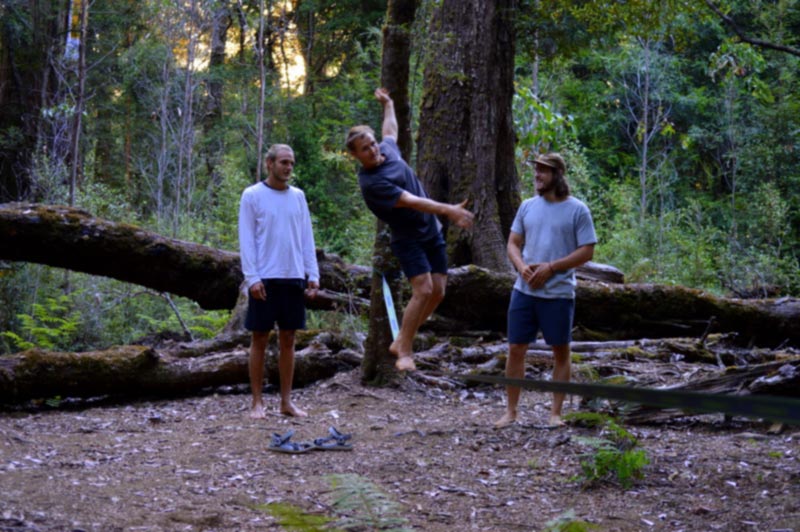 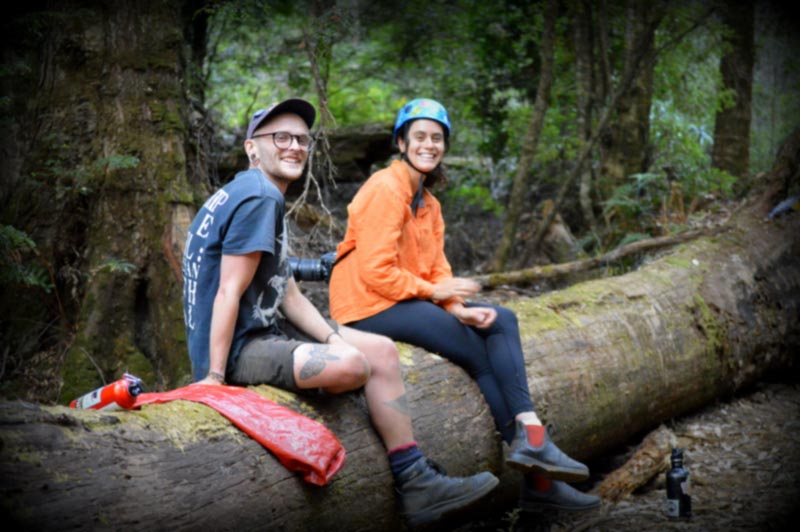 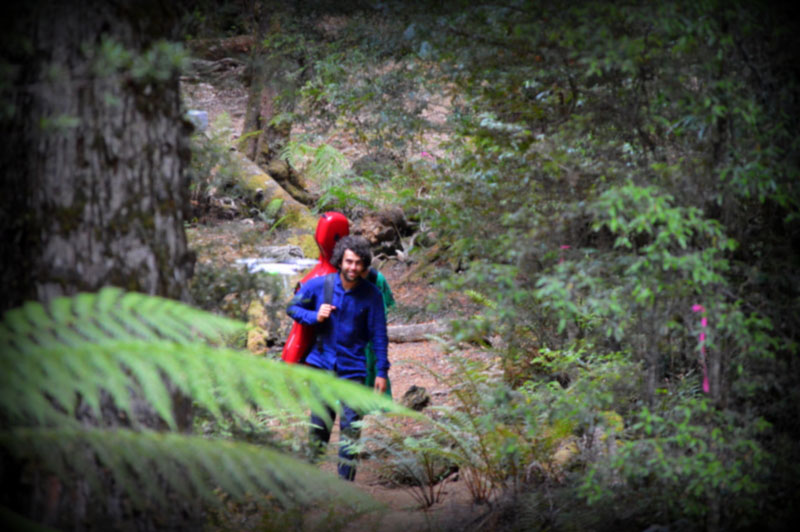 Busy day ahead as we get ready for a music concertin the forest, "Where Song began" played by Simone Slattery violin and Anthony Albrecht cello. Steve takes Simone and Anthony up Jesse tree where they will sleep the night high up overlooking the forest, this will also be their first time climbiing and sleeping in such a magnificent giant tree. Visitors arrive and walk into the forest and get ready for the concert, Simone tells us that their instruments where made in the 1700 hundreds. What a magical moment in the forest listening to birds and music.

The next day is full of goodbyes as people leave, many will return now that the Sumac has gotten under their skin and into their hearts.

It is time for me to pack up and head home, until next time Sumac.