Four nights at Sumac camp. A snapshot. – by Tania Johnson

I pick Esther up from Devonport, a young German woman who is exploring Tassie wilderness.  Late in 2018, Esther and her friend Kasey called into the camp by accident on their travels to the Tarkine.  Esther took up carving and whittling the dead myrtle tree left by the logging industry to rot. 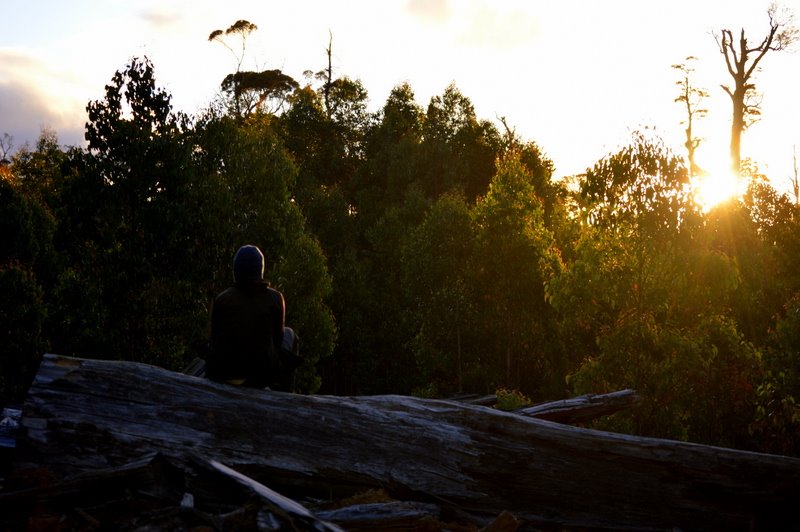 Nineteen tourist called in over 2 days, it was very busy taking these visitors on walks into the threatened forest and talking about the forestry industry. All of the visitors are shocked that ancient forests like the Sumac are still being logged, there are a lot of emotions when you take people through the clearfell and then into the rainforest, a young woman from Melbourne could not hold back her tears as she walked through the rainforest.

Three young men from the mainland who are slackline walkers have spent time in camp and set up lines for filming, they are a brave crazy bunch. My daughters Hayley, Gemma and grandson Jake come to stay over-night, Jake loves visiting the Tarkine and the camp, it’s nice when your family and friends come to see what you are helping to save. 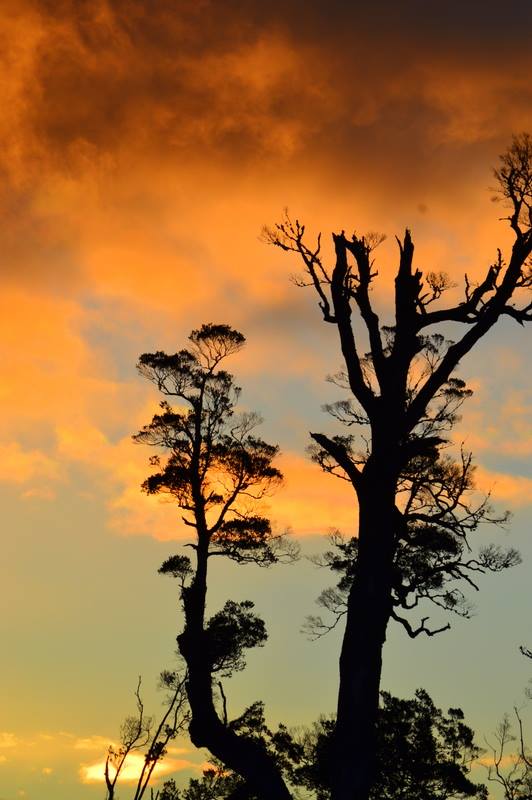 Two couples and a cyclist call in. One couple by accident and decide to camp with us the night which turned out to be 2 nights, camp is full of chatting and cooking and banjo playing.

People take it in turns to sleep in the rainforest in our low to the ground portaledge. That night we all go into the forest to see the glow fungi there are over a dozen at the base of a myrtle tree, so pretty and magical sitting on the ground as they glow, I stay there for about 2 hours with Esther and one of the slackliner guys, we are trying to get a photo but it’s harder than I thought. 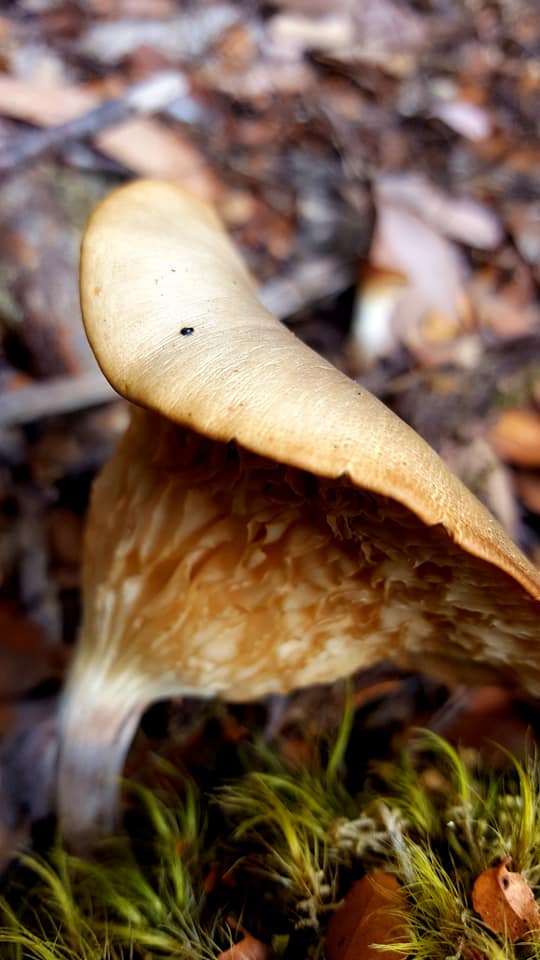 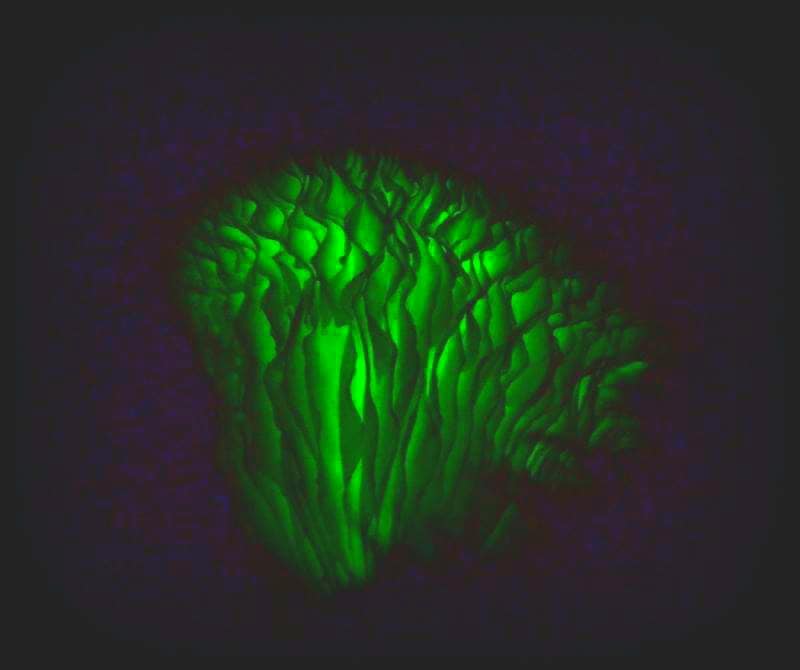 Esther and I drive out to Smithton and I say goodbye to Esther as she heads off on an adventure into the southwest for 10 days. We hug and say goodbye, was so nice spending 3 days with her.