Tasmania is down to the last remnants of Swift Parrot habitat and the crisis for this critically endangered species has been exacerbated by the latest logging plans released by the Governments logging agency.

If logging does not stop in Swift Parrot breeding and foraging habitat today, the species will go extinct.  This critically endangered species will not survive further destruction of their forest habitat.

The State and Federal Government need to permanently end the logging of Tasmania’s forest habitat of the Swift Parrot and provide secure protection for ALL Swift Parrot habitat. 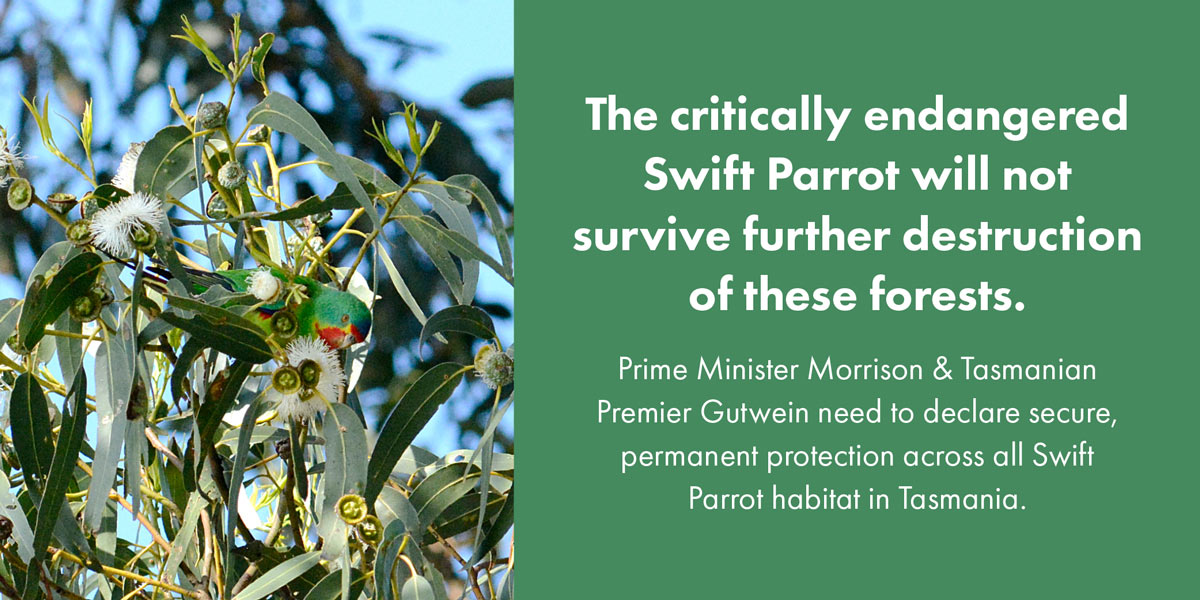 In 2015 the International Union for Conservation of Nature (IUCN) listed the Swift Parrot as critically endangered due to logging of its habitat and predation by sugar gliders. IUCN recommended that all public lands that support Swift Parrots be placed under secure, permanent conservation management.  This has not happened and logging of the Swift Parrot nesting and foraging habitat has continued.

Tasmania's southern forests, Bruny Island, the eastern tiers in NE Tasmania and Wielangta on the east coast are vitally important Swift Parrot habitat.  These forests must be protected from logging if this wonderful bird, the fastest parrot on the planet, is to survive. 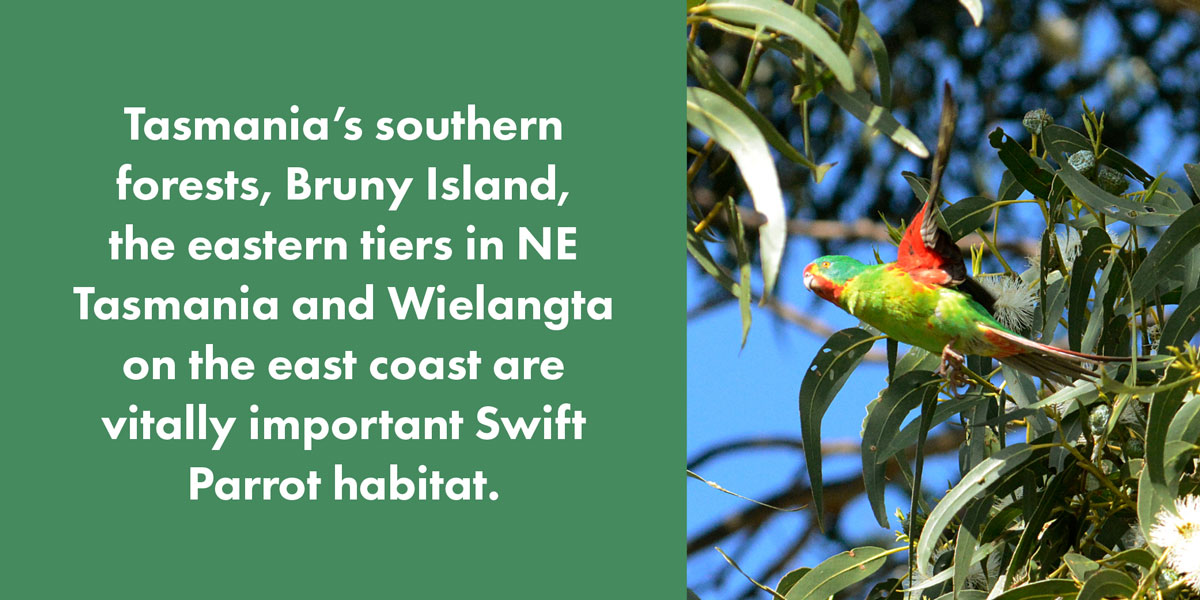 If logging continues in swift parrot breeding habitat the species will go extinct on our watch. So we must take action.

Contact Prime Minister Morrison & Tasmanian Premier Gutwein calling on them to declare secure, permanent protection across all Swift Parrot habitat in Tasmania; in the southern forests, on Bruny Island and the east coast.