Save the Tarkine Fundraising Dinner in Melbourne 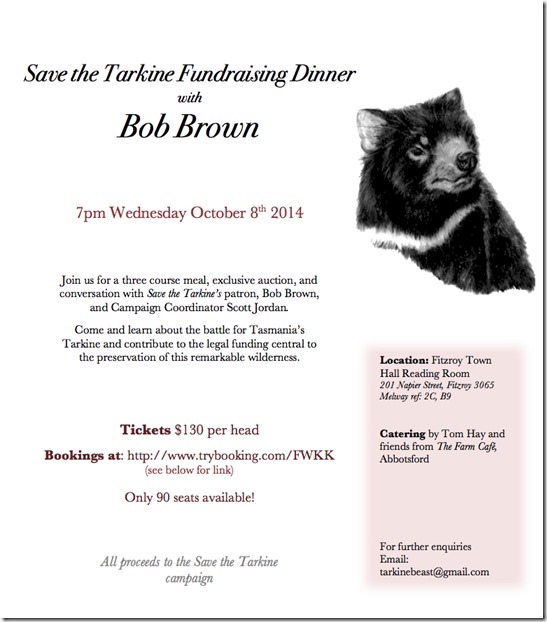 For all our Melbourne supporters, we are pleased to invite you once again to an evening of fine food and wine with Save the Tarkine’s patron, Bob Brown, and Campaign Coordinator, Scott Jordan.

Last years event was a great success and we hope to once again meet with our Tarkine friends and support this important campaign. Funds will go to Save the Tarkine’s Federal Court appeal against the proposed Riley Creek strip mine in the Tarkine.