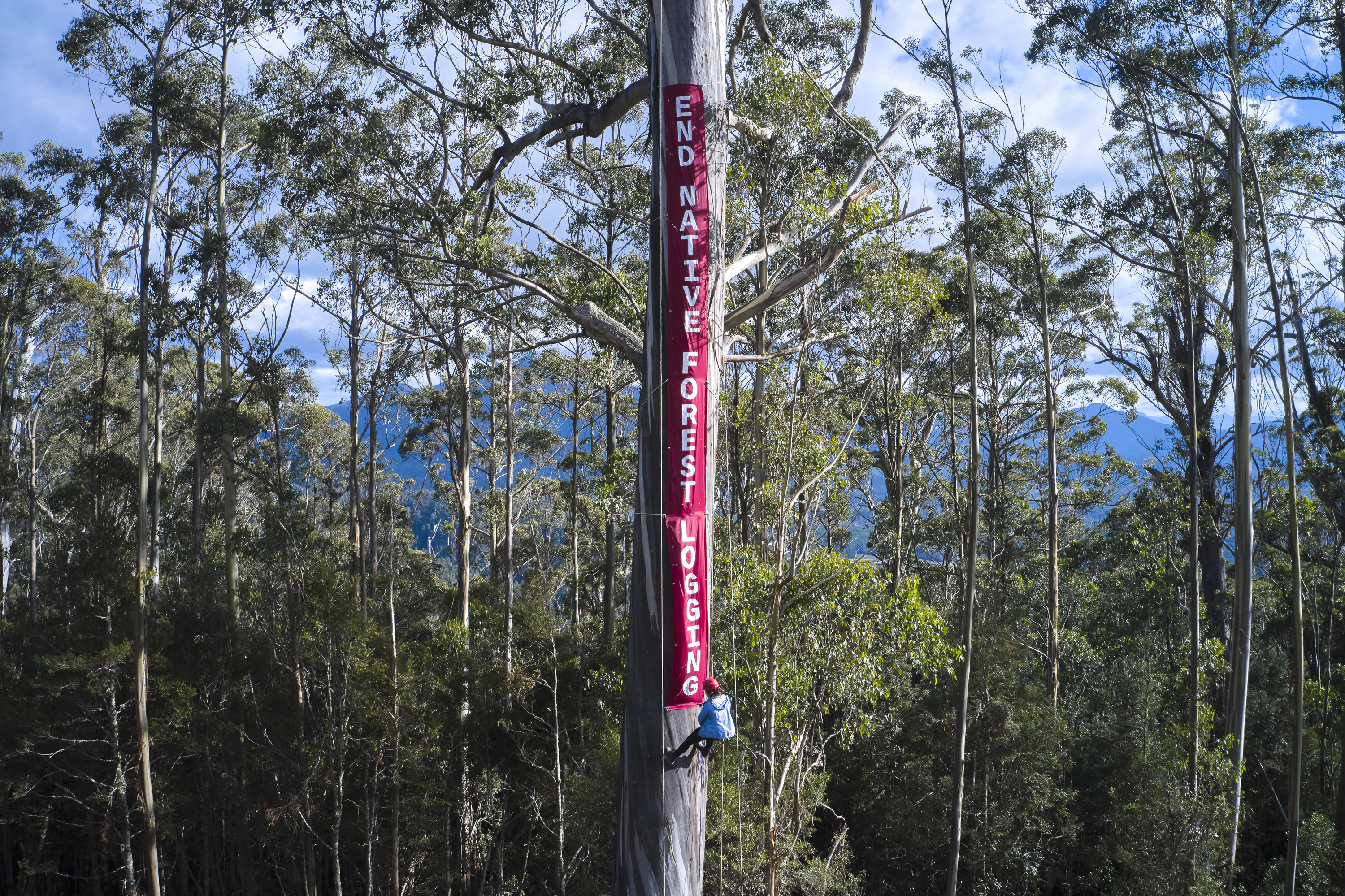 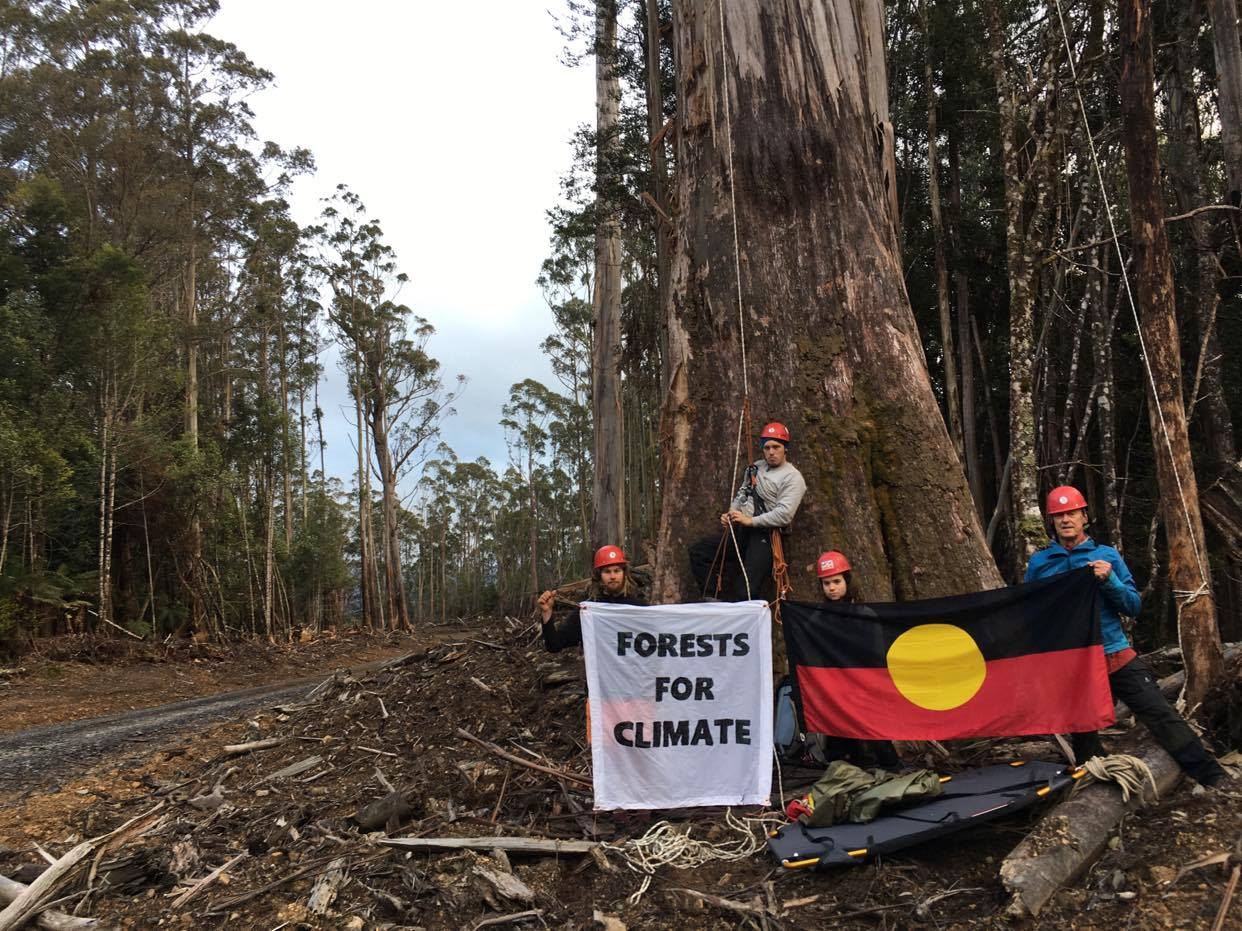 “The CFMEU’s blockade of Bunnings will backfire by getting the public offside,” Environmentalist Bob Brown said today.

“By its ban on timber from wildlife-rich native forests in Victoria, Bunnings has shown how Australia can keep its forests but have plentiful wood from plantations to meet its timber needs. Bunnings is one popular winner here.”

“Michael O’Connor’s actions bring to the fore all the epithets the CFMEU has used against environmentalists defending forests – ‘job-killers’, ‘radical’ etc.”

“For every one of their callers to Bunnings favouring forest destruction we will get two, if not ten, to congratulate Bunnings,” Bob Brown said today.

“There’s an added problem for the CFMEU if they try this at Bunnings in Tasmania later this year. If the Gutwein new anti-protest laws pass the state parliament, O’Connor and his crew will be arrested and if they persist, face four years in jail,” Bob Brown said.

To address this, Graeme Samuel’s Interim Report calls for 'an independent compliance and enforcement regulator that is not subject to actual or implied political direction. It should be properly resourced and have a full toolkit of powers.'

At the outset, Prime Minister Morrison and Environment Minister Ley have rejected this recommendation. Ditto for policing protection of Indigenous heritage. They want the failure to continue but in a less cumbersome form. They have pulled out Samuel’s incisors. Bring on weak, indeterminate National Environmental Standards (and Indigenous heritage ones too) and transfer all care to the states. This will ensure failure continues to succeed. Witness Howard’s regional forest agreements. In Tasmania, the RFA even set up a state-run Forest Practices Authority which has consistently ticked off on the logging and burning of wildlife-filled ancient forests, killing the habitat of every rare and endangered creature in them," said Bob Brown.

"Australia faces this question: are we prepared to stop developments which threaten the survival of our species and heritage - such as coal mines and clear-fell logging - or are we not? The ‘cutting of green tape’ process now under way makes it clear most Australians are not.

Let everyone, environmentalists included, be clear about this: the government has scuttled enforced environmental protection. Laws to protect public safety and halt corporate corruption come with watchdogs and police. However, the Morrison government’s new environmental laws will come with no teeth," concluded Bob Brown.

“Samuel found that Australia’s environment laws are ineffective. Ley is there to ensure they remain that way.”

“Ley says she’ll bring in new environment standards but won’t police them. No doubt the same will apply to Indigenous heritage - after consultations. This is like passing a Crimes Act but abolishing the police force. She is a lame duck minister.”

"The government and parliament are there to regulate the marketplace, the corporate sector in particular, in the public interest. Implementing standards but committing to not police them is sheer irresponsibility and sets a course for decades more community division and uproar over environmental crime", Brown said.

Bob Brown Foundation has joined the campaign in NSW to urge the government to take immediate action to save koalas.

“Recent findings from the NSW parliamentary inquiry that koalas will be extinct in NSW by 2050 unless there is urgent action are damning. We are launching a campaign to join the environment groups already working to save koalas from extinction to pressure governments to carry out necessary protections,” Bob Brown Foundation Campaign Manager Jenny Weber said.

The Bob Brown Foundation has slammed a new Weld River bridge near Judbury, built at great expense to the taxpayer. The money allocated to the bridge is in stark contrast to the non-funding of urgent repairs needed in the nearby Tasmanian Wilderness World Heritage Area where popular tracks remain closed nearly two years after the 2019 bushfires.

“The Gutwein government has allowed Sus Timber Tasmania to waste at least half a million dollars on this bridge to log a handful of small coupes of forests over the next three years. The re-opened Weld bridge will add pressure on the Parks and Wildlife Service (PWS) as it struggles to manage illegal activities in the adjacent World Heritage Area. These activities have included a car pushed off Glovers Bluff and not retrieved, illegal off-road vehicles making the walking track to Fletchers Eddy on the Weld River a squalid mess and illegal logging for firewood,” Bob Brown Foundation's Campaign Manager Jenny Weber said.

“The PWS is in dire need of funds - it can’t deal with the incursions in the Weld Valley. It has been effectively gutted by successive governments. It should be one of the best funded departments in the state and not trying to make do with a relative pittance,” Jenny Weber said.

“The original Weld River Bridge caused great controversy. It was built after the Tahune Airwalk to divert logging trucks out of the tourists’ sight. Tahune should be made the gateway to the World Heritage Weld Valley and native forest logging removed from the landscape. Regardless, this bridge is a white elephant,” Jenny Weber said.

“Given their huge carbon storehouse, wildlife habitat and tourism potential, Tasmania’s native forests should be transferred to PWS.”

Bob Brown Foundation is calling for urgent action from the State and Federal Government to protect the critically endangered Swift Parrot and all its habitat.

“Tasmania is down to the last remnants of Swift Parrot habitat and the logging of this critically endangered species habitat is not stopping despite the urgent need to curb the species decline to extinction,”  Bob Brown Foundation’s Jenny Weber said.

“Tasmania’s logging agency should have released a logging plan in 2020 that removed all native forests from logging, including the habitat for the critically endangered Swift Parrot. The International Union for the Conservation of Nature recommended such logging stop five years ago when it listed the parrot as critically endangered,” Jenny Weber said.

“The Tasmanian Government is choosing to catapult the fastest parrot on Earth to extinction. The relentless logging of Tasmania’s southern forests for woodchips and timber is driven by the requirements of the controversial Borneo logging company Ta Ann,” Jenny Weber said.