Reflections of Tarkine in Motion 2018 by Paul Hellier

Ever been somewhere so quiet you can hear the blood moving around your skull? A drop from a leaf, the chipper call of a fun-loving bird or the snap of twig if I break from my stillness.

Unlike the experience of this flight, jammed between two people that make me feel look a little boy, typing with my elbows pinned to my waste, the plane rattles and children cry.

The Tarkine, a definition of peace, and an appreciation of the earth is nothing like this. 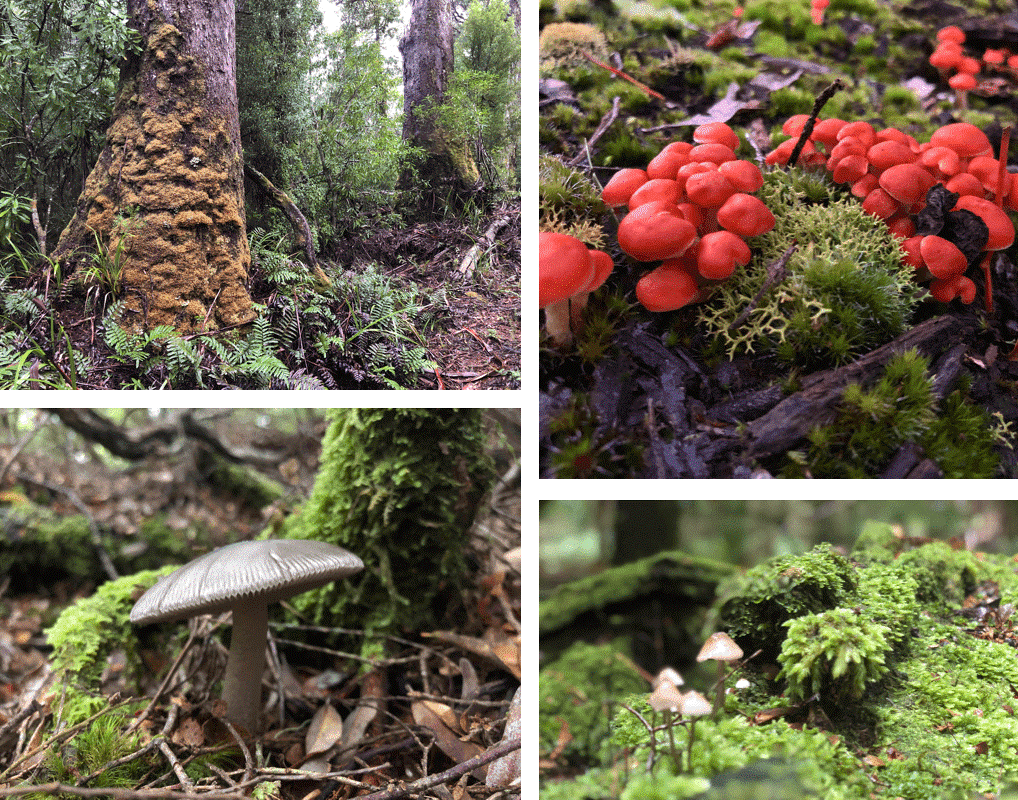 Walking through North Western Tasmania’s Tarkine is a meditation in freedom, space and clean air. I walk in off the track into ferns and trees hundreds of years old. Fallen giants covered in moss and fungi, the ground so soft it actually feels like a trampoline. Head down, my excitement escalates and I see a new fungus, a bigger tree or an interesting bird. It’s time to head back to camp. Hang on, where am I? I’ve spent two hours wandering around and seeing things I’d never seen before. Lost for a while, 50m off the track as if I’d gone back in time.

Normally the salt smell of the ocean makes me feel at home, but there is something special about this place. Each time I venture into the forest my troubles melt away, no matter how hard I try to focus on what needs to be done or what problem has been sticking with me, this forest owns my thoughts. 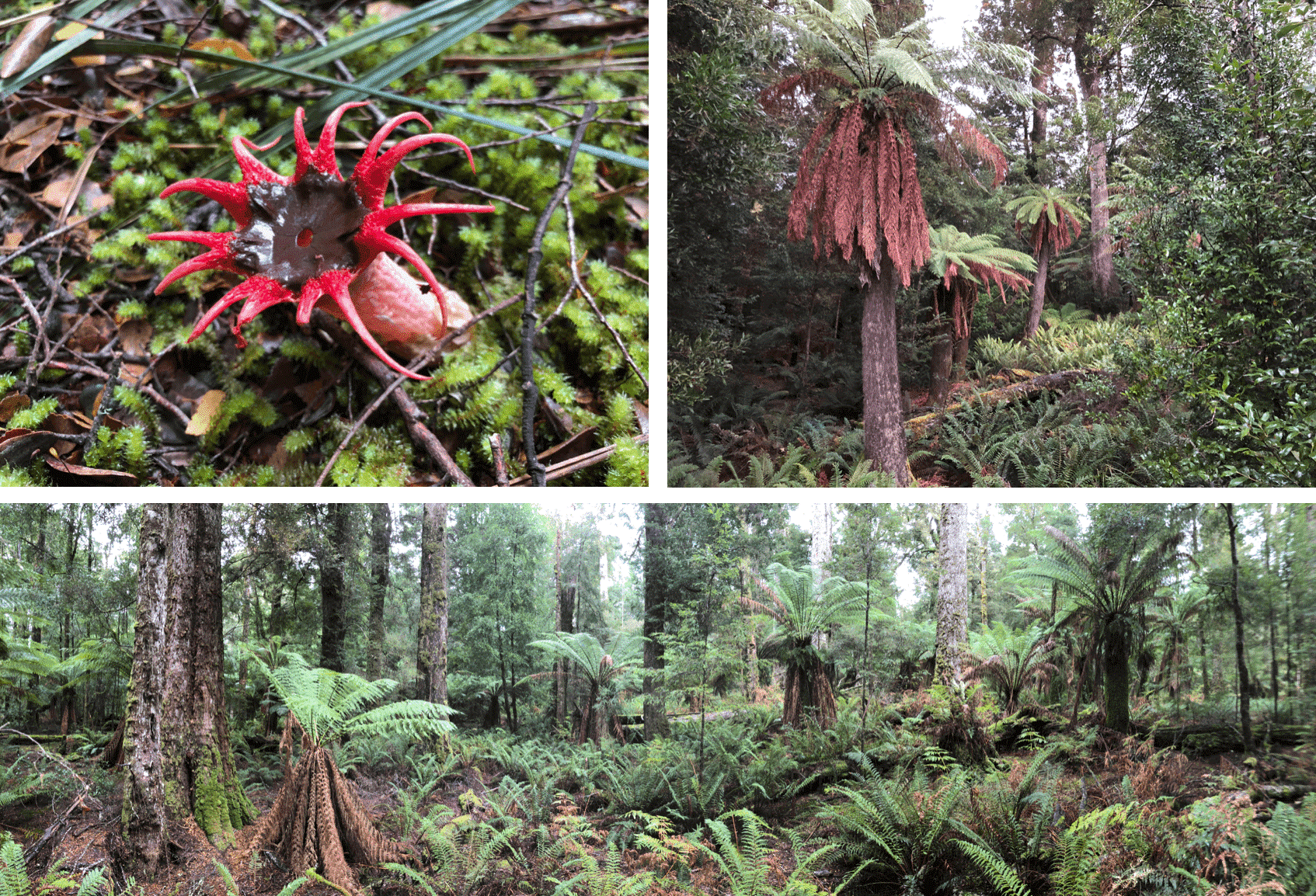 The camp is filled with a dozen or so artists, volunteers and guides, part of Bob Brown Foundation's Tarkine In Motion, a group of people coming together to hold a position against loggers, share our experiences and get to know this place. An ancient forest, the second largest temperate rainforest in the world, a place not ever threatened by those who were part of it before.

None of us knew each other a few days ago, though in here we are great friends. Wallabies, wombats and quolls visit our camp and we sleep under giant trees with moss and mushrooms.

But there is trouble for the Tarkine and it's not from the smell of our un-showered bodies. 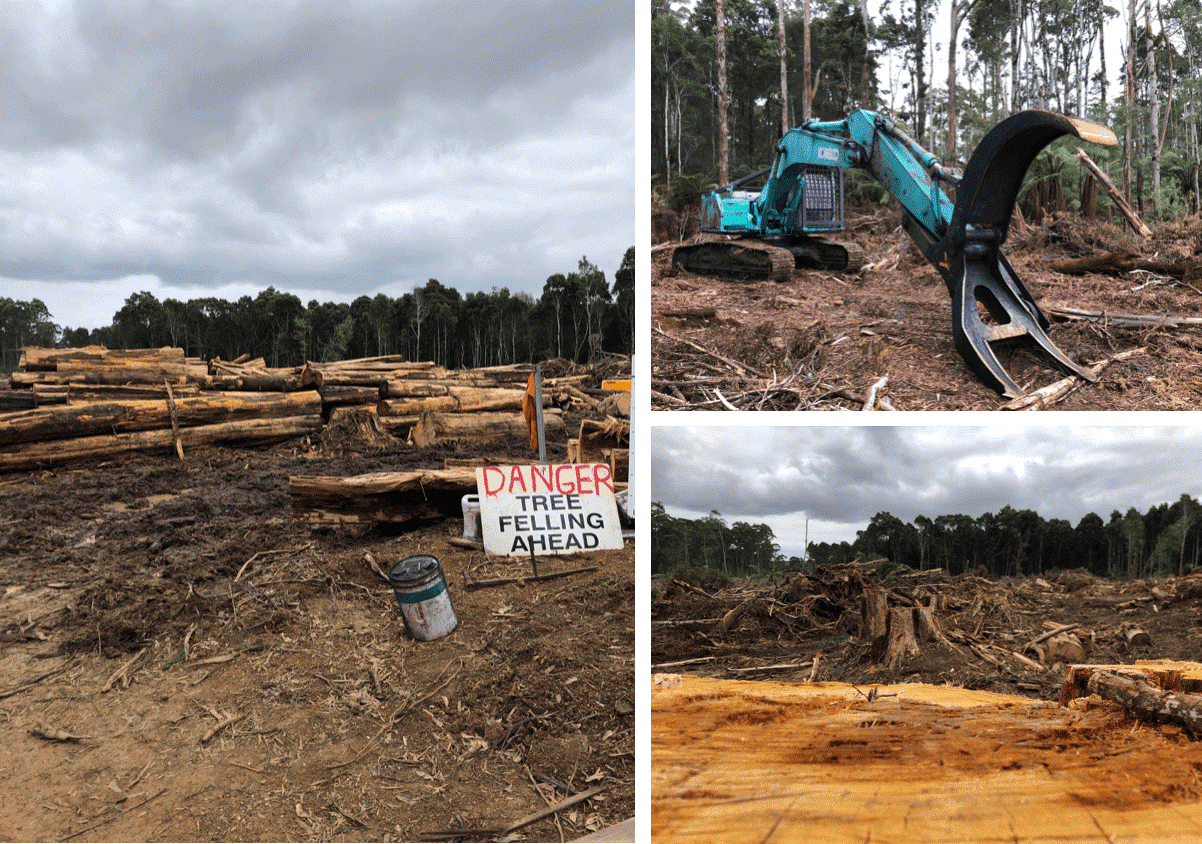 The group is close, our respect for the forest equalled by our sadness for what is happening to it. Large swathes of the forest, called coupes, are totally obliterated, like something from an apocalyptic film. Flattened ferns and splintered timber lie everywhere. Nothing is left. Animals big enough and mobile simply thrown out in search of a new home. Everything else squashed under the giant machines and set to burn. This description not at all adequate, nor the reasoning for its destruction. An environmental disaster and an economic joke.

60% - 80% of what is destroyed is left to waste, burnt to fill Tasmania with smoke and carbon.

In the hands of all, yet destroyed by so very few. A middle finger firmly raised at all of us, our environment destroyed because they can. Political leaders once again showing who they represent.

Though I leave the Tarkine with so much hope. We were there to highlight the place and the plight, and bring people there who have not seen it, by art, images or stories. Some remain behind, protecting it while they can.

Many friendships were formed at Tarkine in Motion and a new and wonderful connection to the very best of what this planet can offer. 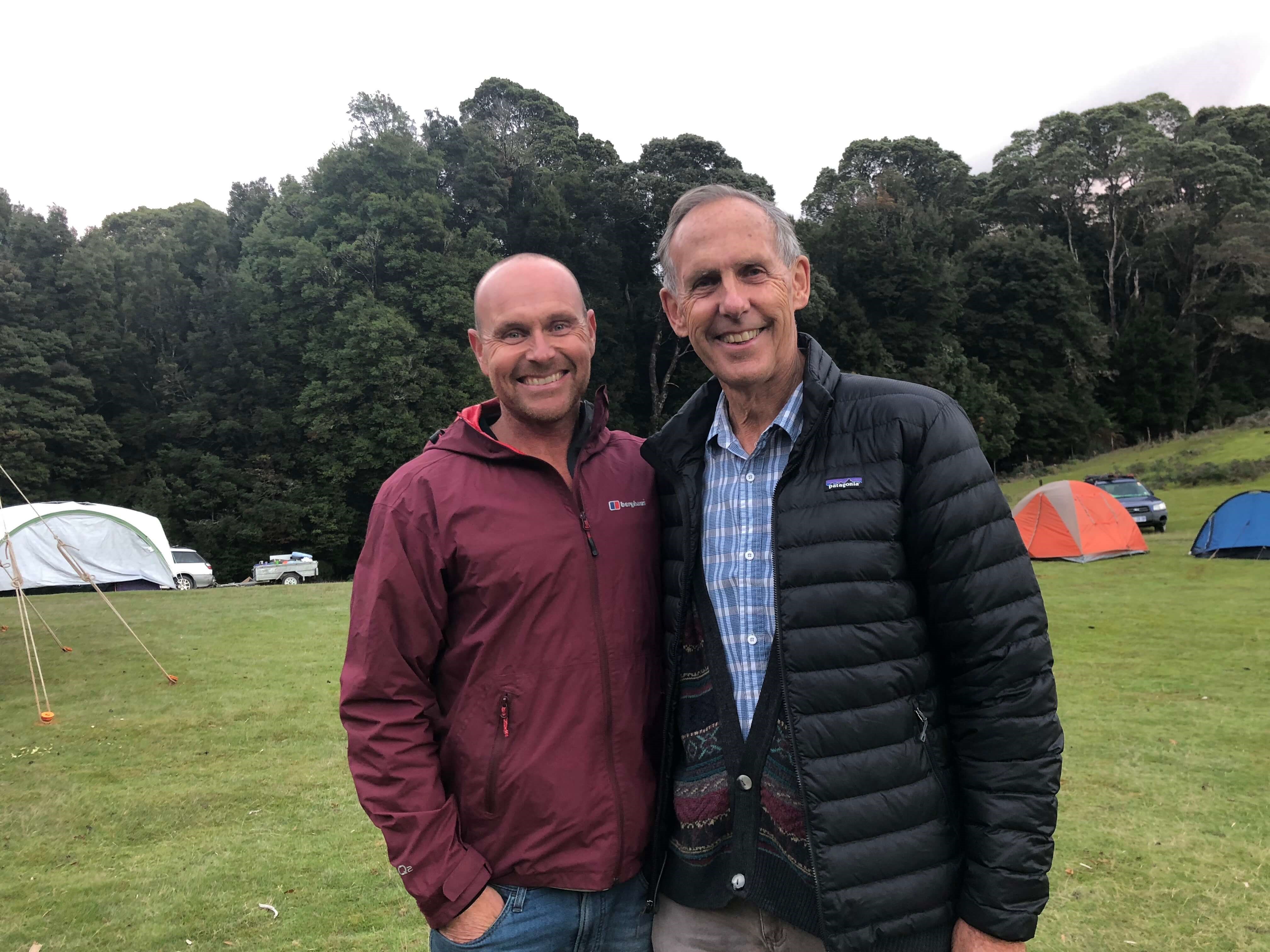