Tarkine in Motion is in its fourth year, and four years ago we went to the Rapid River rainforests where dozens of artists immersed themselves in the lushness and fell in love. It was with a gut-churning heaviness we find ourselves needing to revisit the Rapid in a time of crisis. 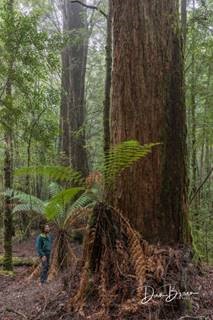 A month ago I witnessed the devastation wrought upon forestry coupe RD_05C. A soulless name for a place we knew to have immeasurable value to all its inhabitants and to the Earth. On that trip, I also visited a threatened forest, RD_18E. Itʼs a place so magical I know I wonʼt find the words to describe it. We now know the forestry are heading towards 18E and we also knew for Tarkine in Motion 2018 we needed to go back.

Schmizzle drizzled upon us, but cleared regularly and allowed us time to explore. The absolute beauty of this magical place overwhelms each and every sense as soon as one steps through itʼs vibrant green curtain. I visited trees grand and old, tall and fat, twisted and contorted. A rainbow festival of fungi unfolded all around. Every colour! Birds darted here and there, a flock of manganna tore apart a rotting stump, an afternoon snack. So much beauty. 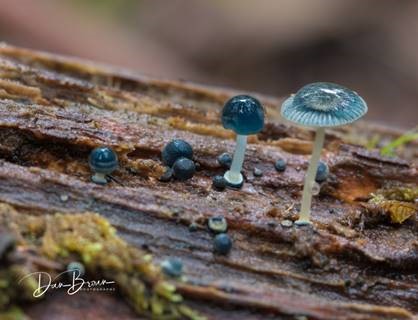 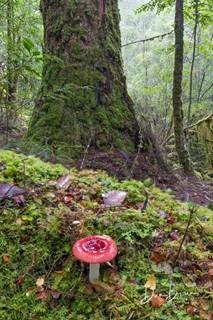 Easter Sunday and things got ugly. Hardly a resurrection...this was to be a bitter blow. Appropriately the sky cried. A ‘worksiteʼ ... a killing field more like. Shock. Coupe RD_16D is gone, the latest victims in the assault on nature. Someone noted the smell of a rotting carcass in a giant pile of debris, probably a possum. 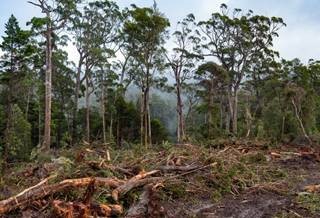 Others got to work on a large installation, a pretty flower in the ankle-deep mud. The next day that structure would be finished and documented. All who visited 16D are affected deeply and will fight their part in the war creating their way to defend nature. 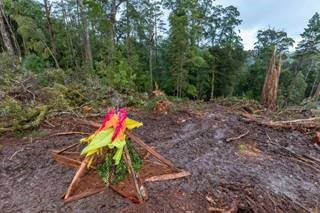 Sunday twilight. Laying still in the forest again. Bats silhouetting the sky as they feast on moths and other miniature things. Birds! So many birds. Settling in for the night to their nests and nooks, those manganna screech past in the last light, soon they will have no need to stop by for a snack. A quoll! So cool...oh...I hope its home is beyond the line of lurid blue tapes. Like those bats, I feast on the stillness, the complexity and the magic. And I thank this place with all my heart for all it has given the Earth, and for so long. Because soon. Madness. 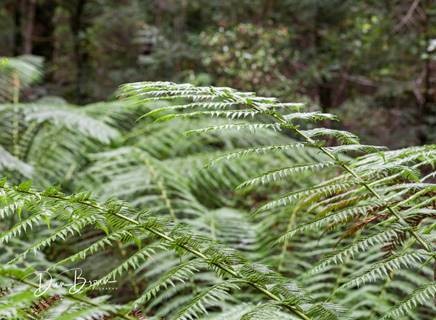