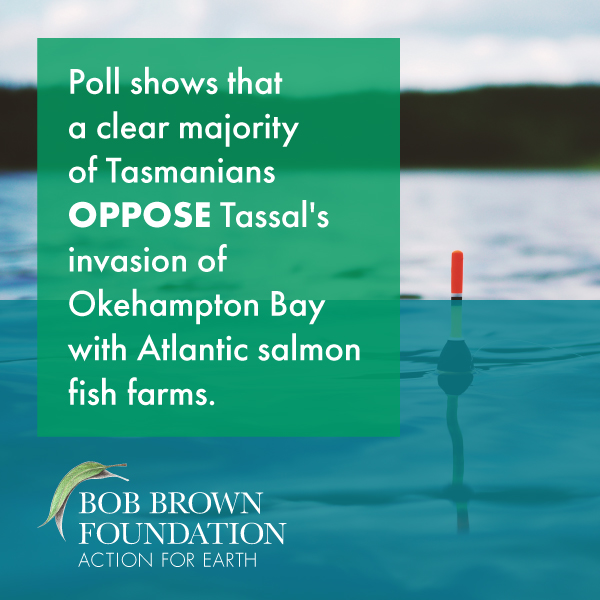 Tassal, which recorded a record profit yesterday, is currently moving its fish pens into place at Okehampton Bay despite spirited public opposition, not least locally on the east coast.

The telephone poll, of 1,617 residents across Tasmania last Thursday, revealed that 44.7% of people opposed Tassal's move, 38.3% supported it and 17.1% were undecided. If the undecided vote is allocated proportionately, opposition to fish farms on the east coast is 54% to 46%.

While more Liberal voters support the Okehampton Bay fish farms, more Labor voters oppose them. There is much greater opposition from Greens voters and support from One Nation adherents.

"It appears the party most out of step with its potential voters on the issue of extending salmon farms to Okehampton Bay is Labor," Bob Brown said in Hobart today.

"But the Hodgman government should note that a clear majority of Tasmanians oppose Tassal's expansion to the east coast. Under this government, this industry has lost its public licence to do as it pleases," Brown said. "Tassal's move to Okehampton Bay goes against the public grain."