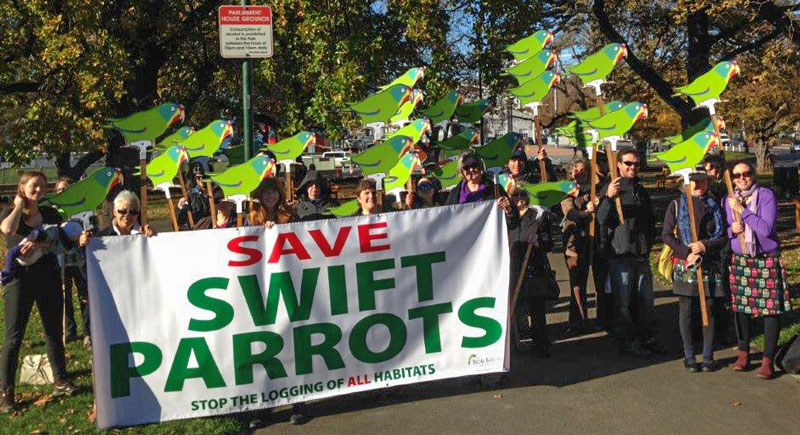 Bob Brown Foundation will host their fourth monthly peaceful demonstration on Parliament Lawns in Hobart today at 1pm, calling for ALL Swift Parrot breeding habitat to be protected.

“Each month as Parliament sits, we return for a Swift Parrot vigil, calling on the Tasmanian Government to protect all Swift Parrot breeding habitat from logging. Sadly today’s vigil coincides with the Tasmanian Government doing exactly the opposite by announcing their intention to log 400 000 hectares of moratorium high conservation value forests, including core Swift Parrot habitat on Bruny Island and Wielangta,” Bob Brown Foundation’s Campaign Manager Jenny Weber said.

“Tasmania’s Government has a window of opportunity to back off these high conservation value forests and the habitat of critically endangered species, they could choose a future for Tasmania with a stronger economy, environment protection and jobs growth. Protecting vast tracts of native forests in secure reserves would provide many benefits to the economy, environment and climate,” Jenny Weber said.