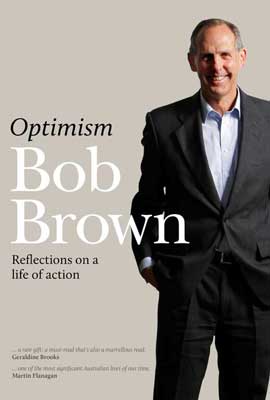 Bob Brown: Fighting for the Future

About the session: To mark the 60th anniversary of Overland magazine, former Greens leader Bob Brown speaks with Overland editor Jeff Sparrow about the future of the green movement, the role of protest and demonstration and how Brown maintains faith in the future.