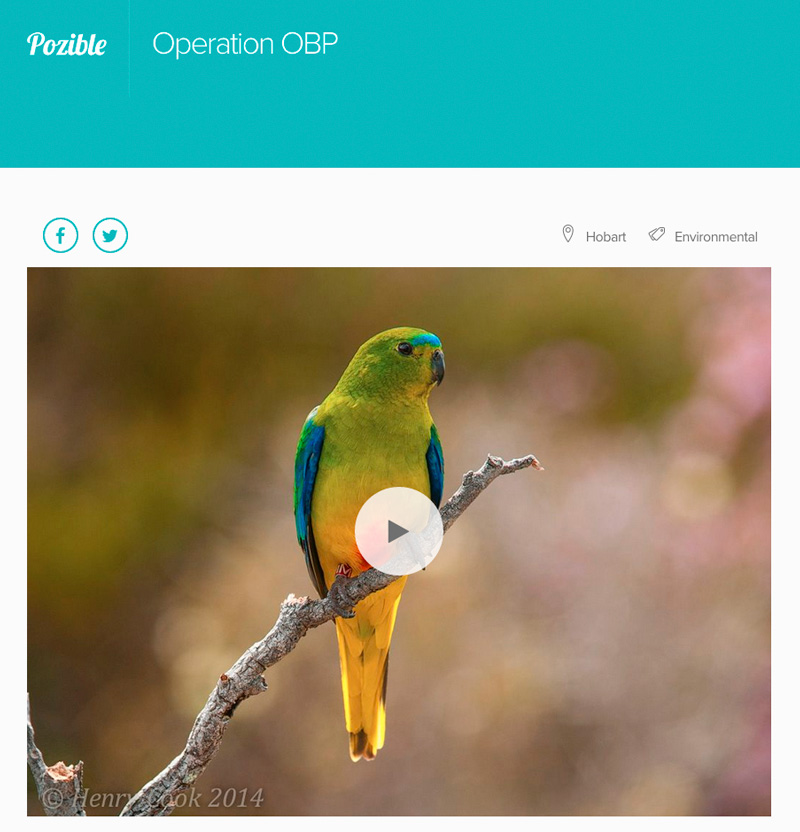 A new pozible campaign has just started with the goal to ensure as many OBP nestlings as possible are bred in wild nests in the 2016/2017 season.

"We're coming to you again for help with an emergency.

The orange-bellied parrot (OBP) is the most endangered bird in Australia. OBPs have been in trouble for decades. Each year conservation scientists anxiously wait for the arrival in Tasmania of migrating OBPs to see how many have survived their winter migration to the Australian mainland. This year the news is bad - only three female and 11 male OBPs survived.

Although some action has already been taken (captive-bred female OBPs have been released), the low number of wild birds is at crisis level, and emergency intervention is required. This is where you come in.

We need your help to raise enough money quickly so we can act fast to try and prevent extinction of the OBP in the next year. We will use the funds we raise to implement an emergency intervention plan for OBPs, which we hope will increase the number of birds that breed in wild nests the 2016/2017 season."

Follow this link and head over to pozible.com to read all the details and make a pledge to help the Orange Bellied Parrots!

(Bob has donated some signed OBP prints to use as rewards for this campaign.)